According to Article 21 of the Indian Constitution, everybody who is a citizen of India has the right to life and his life can only be terminated by a system established by law. The law can punish a convict with the death penalty if the court finds the convict to be unfit to live in society due to his evil mind. Capital Punishment is the highest and the most severe punishment which can be awarded to a convict. In our country, hanging and shooting are considered to be two methods of execution in India. Hanging is considered to be the method of execution in the civilian court system whereas according to Section 166 of the Army Act, the death penalty may also be pronounced by ordering the convict to be laid down to rest by hanging or shooting. 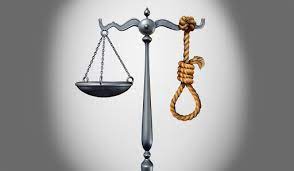 Capital punishment can be awarded to a person by the decision of a sessions judge or an additional session judge followed by the confirmation of the high court under section 28(2) and section 366 of the Criminal Procedure Code, 1973 respectively[1]. After pronouncing its judgment, the high court shall send back the copy of its order to the sessions court under Section 371 of the Criminal Procedure Code[2]. After the confirmation of the death sentence by the high court, the supreme court may at its discretion hear a special leave petition filed by the aggrieved party under Article 136 of the Indian Constitution.[3] After the exhaustion of the Special leave petition, the aggrieved party can file a review petition under Article 137 of the Indian Constitution within 30 days of the judgement in the supreme court[4]. After the exhaustion of this remedy too, the aggrieved party has the remedies of Curative Petition and Mercy Plea left with themselves.
The curative petition is filed by the aggrieved party to plead the apex court to reconsider its judgement. If the Curative Petition is also quashed then the aggrieved party is only left with Mercy Plea. The Mercy Plea can be filed by the aggrieved party under articles 72 and 161 of the Indian Constitution. Both of these articles provide power to the President and the Governor subsequently to grant pardon, relief, and commute the death sentence[5]. After the rejection of the mercy plea, the death warrant is issued under the second schedule of the Criminal Procedure Code, 1973. The criminal is punished to be hanged till death. After the death of the person by hanging, the death warrant is returned by the official of the jail to the court. The family members of the body may want to claim the dead boy to perform the last rites. However, it is in the discretion of the jail official to accept or refuse to hand over the body to the family for final rites under clause 11.67 due to the chances of public demonstration[6].
The jail official may also consult the district magistrate and abide by the decision of him. The other clause 11.68 states that the body of the deceased will be brought out of the jail with all solemnity and which will further be transported to the burial ground for the cremation via the ambulance.[7] The procedure of executing the death penalty is therefore understood to be very difficult, lengthy, costly, and time taking due. Though the law is the same for everyone, the female prisoners may enjoy some special benefits.
Female prisoners who are pregnant may be relieved by the high court either by the postponement of the death sentence till the delivery of the child or convert the death sentence into life imprisonment. Though to date, no woman has been executed in India, a female from Uttar Pradesh is going to become the first woman to be executed in India. Therefore, the decision to execute a woman makes it vivid enough that the law is equal for everyone and nobody will be spared for any form of brutal activities.

As of today, approximately 752 people have been executed in India [8]and around 400 prisoners await their death to knock on their door of life. Yet, it is not clear whether taking someone’s life by law is correct or wrong.

After having read and written an article on capital punishment, I have come to the conclusion that the validity of capital punishment is still not clear among the countries across the globe. People are still arguing and supporting different facts and are confused about what is wrong and what is right. It should be understood that the heinous crimes and crime rate will only be brought to the verge of an end when the laws will be able to be implemented correctly. Even if the laws become stricter and more serious punishments are installed in the law, without proper implementation of the law, the crime rate will continue to balloon up.