“The Legal Profession is a business with a tremendous collection of egos. Few people who are not strong egotistically gravitate to it.”     —– F. Lee Bailey

Surviving in a legal profession is not at all an easy task, with every upcoming day it’s becoming tougher and tougher. A small mistake and you are on your knees and witnessing a wicked face of a lost battle 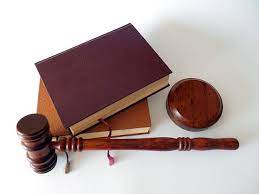 In layman’s language, there seems no difference between these commonly used terms i.e. Lawyer, Advocate, Barrister, Attorney, Prosecutor, Pleader, Solicitor and many others. But in legal world, it becomes quite important to understand the meaning of these different terms and fundamental differences between them. This small piece of writing tries to explain each commonly used term in a very simple language. These are,

Lawyer: The word “Lawyer” refers to those individuals who are law graduates and have a degree of law.  It means anyone who has completed 3 years of LLB Course or 5 years LLB Course (Integrated Degree) is a lawyer. They are free to give legal advice to their clients but are constrained from representing their clients in the Court of Law. They somehow lack experience in comparison to other and hence charge less. The term Lawyer covers a very wide ambit of legal profession. This term is generally used to designate anyone in a legal profession be it a Solicitor, Barrister, and Attorneys.

Barrister: A barrister is almost similar to a Lawyer. As in the case of a lawyer the individual is required to complete his/her graduation in law similar is with Barrister too. The only difference that lies between is the place from where an individual is graduated. A barrister is that individual who has completed his/her law degree from United Kingdom (UK).  As like Lawyers, Barrister can also not represent his/her clients in the court of law. The only thing which they are entitled to do is to give legal advice to their clients.

Advocate: An advocate is a Lawyer who is enrolled in Bar Council. Suppose, you had earned your law degree then you need to sit in Bar Council of India exam and pass it. After passing that examination you need to enroll in Bar Council then you will be getting a license to practice in a court. Congratulations! You are promoted from Lawyer to Advocate.

Senior Advocate: The designation of “Senior Advocate” is given either by the Supreme Court or the High Court of any State. They have generally very high experience in a bar and are well qualified. The number of favored judgments also matters. As soon as an Advocate is designated as Senior Advocate his/her dressing sense completely changes. They are required to wear Gowns that have flaps on the shoulders. However, Senior Advocate cannot file a Vakalatnama or appear in a court alone, for this he requires another advocate (in case of High Court) or advocate on record (in case of Supreme Court).