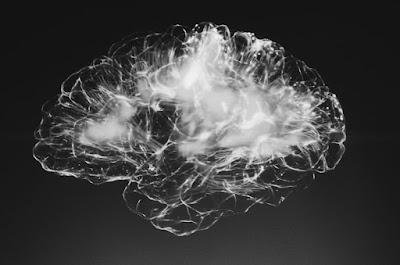 Science and Technology are widening their scope in almost every sphere of our life. Law is not untouched from it. They have well established their foot in the court of law. The overgrowing complexities in the Criminal Judicial system have further exaggerated its need in the Law as it increases the efficiency of investigation and access to justice. Narco Analysis is one of them used when the perpetrator/accused refuses to provide reliable information required for an investigation. The term “Narco” has been derived from the Greek word “narkc” which means “Anaesthesia” or “Torpor”. In layman’s language, Narco Analysis is a process in which a drug (Sodium Pentothal also known as Truth Serum) is injected into a body which induces a hypnotic state and the person’s imagination is neutralized, ultimately leading it to the outcome of true information. The concept again came into Limelight in October 2020 after the brutal Hathras Rape case.

Undoubtedly, it is a great technique for getting the truth and accessing justice. At the same time, many believe that it is violative of Constitutional Norms and several human rights. It has been found that Narco analysis is contradictory with the Right against self-incrimination provided in Article 20(3) of the Indian Constitution.

Hoorsely coined the term Narco Analysis. It was in the year 1922, the concept of Narco Analysis came into the limelight when Robert House (obstetrician) used a drug named scopolamine on two prisoners. In India, it was in the year 2002 when the first Narco analysis was done in the Forensic Science laboratory in Bangalore. It was carried on by an individual associated with the Godhara carnage case. Since then its validity has always been debated. Some believe that it is a great tool to carry on investigation and access justice. On the other hand, some people believe that these kinds of practices find no space in any democratic setup.

Due to its wide criticism and contradictions with Human Rights, this technique is used in very extreme circumstances. In most cases, the consent of an individual on which the test is going to be performed is taken.

This is a great technique to extract a large amount of valuable information but at the same time, it has been criticized by many intellectuals who found it violative of constitutional and Human rights. There are different opinions regarding its admissibility on the court. Some believe that it can be admissible by the virtue of Section 45 of the Indian Evidence Act, 1872 whereas others opined that a confession by the semi-conscious person is not at all admissible in the Court of Law. Indian Courts have limited the admissibility of Narco analysis. It is only after the court is satisfied with the given circumstances on which the test was done, the court admits it.

Our Constitution provides every accused Right to silence (Right against self-incrimination, Article 20(3)) i.e. No Person accused of any offense shall be compelled to be a witness against himself. There is a Latin phrase, “Nemo tenetur selpsum accusare” which means, “No one is bound to incriminate himself.”  This maxim reflects the policy underlying the privilege against self-incrimination. [1] Supreme Court in Nandini Sathpathy v. P.L.Dani[2]interpreted the provision of Article 20(3) and held that no one is entitled to extract any information accused by using any kind of force either during the trial or during an investigation. Apex Court in another landmark case of M.P. Sharma[3]observed that the protection granted under Article 20(3) is not only limited Courtroom but also extended outside it. Section 161(2) of Code of Criminal Procedure, 1973 says, “…….shall be bound to answer truly all questions relating to such case put to him by such officer, other than questions the answers to which would have a tendency to expose him to a criminal charge or to a penalty or forfeiture.”

Facts of the case: Several Criminal Appeal were clubbed together by Hon’ble Supreme Court through Special Leave Petition. There was one common element in all the appeals i.e. Accused, suspects, and witnesses were subjected to tests like Narco, Polygraph, etc. without their consent. They challenged those tests in the Court of Law. The defendants took a defense that these tests are valuable for extracting information and carrying on an investigation. They further contended that no bodily harm was done during the process and these types of tests will increase the conviction rate and secure justice.

Main Issues involved: Whether these techniques are violative of Personal Liberty enshrined in Article 21 of the Indian Constitution?

Whether carrying on these tests without consent is contradictory with the Right against self-incrimination (Article 20(3))?

Held: The three Judges’ bench comprising of Chief Justice K.G. Balkrishnan, Justice RV Raveendran, and Justice JM Panchal held that these techniques are violative of the Right against Self-incrimination if the consent was not taken. The Court also said that forcible and coercive use of these techniques is a clear violation of one’s mental privacy and amounts to cruelty. The court also held that coercing an individual to undergo such practice is also restraint in the standard of “Substantive Due Process”. The main purpose of Article 20(3) is to ensure that the statements made by the accused are reliable and are made voluntarily. The court also showed its concern that these types of techniques can also encourage acts like ‘Media Trial’.

Conclusively, the Court held that no individual should forcefully be subjected to these kinds of techniques either during investigation or trial. If done so it is a clear violation of Personal Liberty and Right against Self-incrimination.

The usage of techniques like the Narco Test is highly debatable. There are several countries where these kinds of techniques are completely prohibited. Involuntary use of these techniques is a clear violation of Fundamental Rights and several Human Rights. In India, we don’t have any specific legislation or provisions dealing with the usage of the Narco test but thanks to the Judiciary who have tried to balance between individual rights and the usage of Narco Tests.