Everyone has been impacted by gender inequality- women, men, trans, children, families, and gender diverse people. It affects people of all ages and backgrounds. 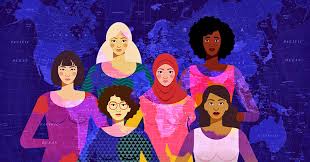 According to UNICEF gender equality “means that women and men, girls and boys, enjoy the same rights, resources, opportunities, and protections. It does not require that girls and boys, men and women, be the same, or that they be treated exactly alike.”
Gender inequality is the main root cause of gender-based violence and the best way to prevent violence against women is to elevate gender equality. Equal societies with equal opportunities are so progressive and connected; they have a higher rate of pleasant social behavior and have better wellbeing compared to unequal societies with anti-social behavior and violence.

Gender equality is not only about equal opportunities and equal representation rather it is strongly tied to women’s rights, and that requires dire policy changes. Discrimination against women persists around the globe hindering development, in somecountries women are still barred from fully contributing to economic and social life which becomes a major obstacle to economic development in emerging and developing countries.

Gender inequality does not only affect the nation’s economy, it also affects the mental health of the victims, depression, and low self-esteem. Imagine being told every single day that you can’t do it it’s not for you! and not because you have tried it and failed but only because you are a girl. Even after attempting to ensure equality between men and women a lot of women who have suffered this inhuman treatment will rarely recover, their self-esteem and self-confidence havebeen damaged beyond henceforth, there is a strong need to ensure gender equality in all ages. In schools, they should start teaching children at a younger age about gender equality and discrimination. It is necessary for a peaceful, prosperous, and sustainable world

Women make half of the world henceforth, discrimination against half of the world’s population leads to neglecting half of the world’s potential, which is undermining the growth of the entire society as a whole. To alleviate discrimination against women there is a need to stress on higher legislation to improve the influence of women in decision-making processes and seeking education for women to create awareness of their rights within the society in both rural and urban areas helping the future generations to ensure gender equality, respect and better social status thereby, empowering women in the overall development of a nation.

To reduce discrimination against women in workplaces labor laws should be made stringent, followed, and updated regularly. Men and women should be given equal opportunities to work in politics, the judiciary, and industries. The importance of active participation of women in politics, thereby, reducing gender discrimination ensures better political authority by enabling women to be decision-makers at all stance.

To ensure gender equality everyone should be aware of their rights therefore, there is a need to promote and conduct awareness-raising programs together with civil society and specifically together with women’s organizations to circulate information and to make the general public more aware of the ways to prevent any act of violence. Discrimination against women mostly happens in rural areas the reason being that there is no advocacy about gender equality and human rights this increases the level of violence, child marriages, and domestic violence. There is a need to develop a framework to increase the working opportunities of women with equal pay and respectable jobs, thereby, decreasingthe pay gap.

Due to gender inequality at workplaces women are not being recognized in the position of power because they are regarded as weak and emotional which is so wrong and disgusting everyone deserves an opportunity to unleash their potential and that right is not only reserved for men but any person because it’s a human right. To combat discrimination at workplaces companies and industries should inaugurate into their labor codes, the provisions defining and requiring equal pay for equal work in both public and private sectors including the same criteria for the appraisal of remuneration rates of pay.

Discrimination against the majority of women is caused by male counterparts particularly in underdeveloped countries facing poverty and lack of education. The steps that can be taken to battle this inhuman behavior is to encourage training on gender equality and discrimination as well as early education about the same in both rural and urban areas.

Gender equality will reduce discrimination against women especially in rural homes where there are traditional gender roles. Women will no longer be subjected to customary practices that limit them from doing certain jobs and practices. Through gender equality, women will be able to participate in family businesses and get equal share like the Hindu Undivided Family (HUF).

If India wants to maintain its position as a global growth leader,a corroborative effort is needed at the local levels and national levels to bring women to parity with men. Increasing the representation of women in the public spheres is essential and can potentially be done through some form of affirmative action. There is a need for an attitude shift for women to be considered as equal within their homes and in border society.

Gender equality is vital for the achievement of human rights, it is not only about women but for everyone that is why it’s a fundamental right for all.Women are still facing discrimination and harassment despite all these years of progression because achieving gender equality cannot happen through the night it’s a process that requires resources for women empowerment dedication and unity. If we are to end discrimination against women, we need to work together are one and that is the primary solution.

5 thoughts on “Ensuring Gender Equality By Alleviating Discrimination Against Women”