Domestic violence is growing at an alarming rate in India and stereotypical gender roles have conditioned us to believe that, it is always the women who are at the receiving end of such violence. Women have always been called the “weaker sex” but with changing power dynamics, economic independence and education, they are becoming more aware of their rights and of the fact that, they are not inferior to men.[1] In fact, they are stronger and have more power than men in certain areas. But this awareness can either aid in building a more egalitarian society or result in abuse of power against men. The harsh reality is that women are equally aggressive as men and more often than not, men fall victim to domestic violence by their spouses. It has given way to a serious issue called IPV or Intimate Partner Violence against men.[2] 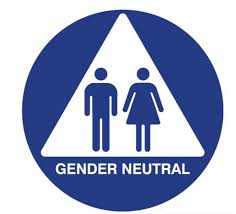 Cases of domestic violence against men are not heard of very frequently because they are not reported as often as violence against women. The foremost reason for this is that India as a society is largely male dominated. Reporting themselves as victims of domestic violence will question their masculinity and tarnish the widely accepted perception that men are superior and invincible.

RATIONALE BEHIND DOMESTIC VIOLENCE AGAINST MEN

Although there is an increase in cases of male victims of domestic violence recently, this is not something new. The notion that men can be the victim and women can be the perpetrator, has been unacceptable to the Indian society, given its patriarchal nature for ages.

Domestic abuse against men can be in the form of physical as well as psychological abuse. Physical abuse includes slapping, hitting, pushing or throwing objects and utensils. Psychological abuse can include criticism (85%), insulting in public (29.7%) and threatening or serious hurt (3.5%). It can also take the form of verbal abuse, sexual abuse and emotional abuse.
There can be many reasons for such violence against men in a matrimonial setup. These cases can arise when the man of the family is unemployed, is earning significantly lesser than the woman or even impotency (sometimes falsely accused of being impotent). Anger management issues, frustration related to work or financial crisis or simply an assertion of dominance can also fuel domestic violence.

LEGAL POSITION OF MEN AS VICTIMS OF DOMESTIC VIOLENCE

Indian law does not recognise male victims of domestic violence. Section 498A of the Indian Penal Code was framed to protect women from cruelty after marriage, from her husband. Here, the woman is the victim, and the husband is the perpetrator. This is an incorrect assumption made by everyone that it is always the men who torture and abuse the women. in a large number of cases, men fall victims to abuse by the women in the marriage. A law that was introduced to safeguard women from domestic violence, is being used unscrupulously by the very women it was framed to protect. This law is being termed as “legal terrorism” by the Hon’ble Supreme Court itself, as it is being misused over and over again by women to satisfy their personal vendetta against their husbands.

The Supreme Court, in Sushil Kumar Sharma v Union of India (2005)[3], opined that, the primary objective of this section was the prevention of dowry menace. But there exists cases where they are not being used in a very bonafide manner.
“The provision is intended to be used a shield and not assassins’ weapon. If cry of “wolf” is made too often as a prank assistance and protection may not be available when the actual “wolf” appears. There is no question of investigating agency and Courts casually dealing with the allegations……. It should be the investigating agencies and court’s effort to see that in innocent person is not made to suffer on account of unfounded, baseless and malicious allegations.”
In Preeti Gupta v State of Jharkhand (2010)[4], the Hon’ble court recognised that
“It is a matter of common knowledge that exaggerated versions of the incidents are reflected in a large number of complaints”
Although it has been recognised, that disgruntled wives are taking advantage of this section to satisfy minor ego clashes or fights or even file false accusations, there is a dearth of reported cases of such domestic violence compared to the actual number of such cases. The main contributing factor is the masculinity and superiority associated with men. Fear of humiliation, judgment, children, court hassles etc. prevent men from approaching any competent authority. Even when they do, they are laughed at, ridiculed and their masculinity is questioned for getting beaten and abused by their wives.
In the case of Chandra Bhan v State[5], the Delhi High Court, recognising the gross misuse of section 498A, laid down some mandatory steps before a complaint under this section can be filed, which include proper and detailed investigation into the case before lodging an FIR, among others.
This is only a step taken to avoid regular misuse of this section, but this problem will reduce, only when there is a law that will protect both men and women from domestic violence.

Laws against domestic violence exists for both men and women, in most countries in the world. But in India, domestic violence laws only exist for the protection of women against men. The law is biased towards women but completely strikes out any possibility of men as victims of domestic violence. In a country which is striving for equality among all genders, gender neutral laws are the need of the hour. The absence of gender-neutral laws is the reason why men are ashamed to report any domestic violence against themselves. As a consequence, lawmakers are finding it difficult to re-write laws to be gender neutral on the ground of some reported cases only.

But it is also true that India as a country is not prepared for gender-neutral laws. Gender specific laws are put in place to protect women, because crimes and atrocities against women are far greater in number than cases of male victims of domestic violence. gender neutral laws can be taken advantage of by men too. In our male-dominated society, women can seek the protection of various laws but if they are made gender neutral, men can file counter cases against women to confuse and mislead the law.
In place of gender neutral domestic violence laws, strict necessary steps can be taken, like the ones laid down in the Chandra Bhan case, before FIRs can be lodged under section 498A. Careful and detailed investigation into the causes of violence can prevent false accusations and baseless violence against innocent men. Although, neutrality of laws feels like the solution to most problems in theory, in practical reality, complete gender-neutrality is only wishful thinking.

Society is changing and along with it, norms and values with respect to gender violence is also changing. With continuous changes in power dynamics in India, men are no more the powerful, superior, invincible sex. Domestic violence against men where women are the perpetrators are constantly increasing. It is therefore important to realise that men need help too. IPV is emerging to be a serious mental and health problem, resulting in depression, divorce and in some cases suicide (due to humiliation). Male victims of domestic violence can be helped by recognising this violence and taking appropriate measures to curb such violence through education, awareness and legal intervention.