The population or sex ratio in India was reported 48.03%[1] in the year 2019, according to the World Bank collection of development indicators, compiled from officially recognized sources. In a country like India where approx. half of its population consists of Women it is still a big taboo to talk about ‘Periods’ or ‘Menstruation’ or otherwise popularly known by names such as ‘chums’, ‘aunt flow’, ‘girl flu’, ‘crimson tide’. While period being the necessity in one hand for women the significant other gender of our society have always thought and seen it as a Liability of Women. 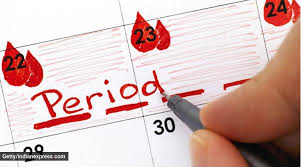 In the world of a Patriarchal society that we live in though there is an enormous amount of talent distributed among people of different kinds yet the opportunities that women get and receive is significantly much lower in comparison to the opportunities that men get on the other hand. There have been many instances in the past that we have come across where women and girl child of different rural backgrounds all across the country have been deprived from Education and other facilities.
Periods or Menstruation has always remained an unexplored realm, but with the advent of the 20th century where people have grown out to be more sound and understanding and spreading awareness about the same it has comparatively made an difference where earlier people didn’t even talked about periods out in public now people have understood the atrocities of it and react accordingly by starting to spread awareness create initiatives to talk about periods and make suitable needed changes that was the need of the hour for the women of our society. Saying that the very first time one talked about periods for the first time on national television was actress Courtney Cox back in the year 1985, ‘I’m the first girl to say the word period on television’. In order to bring a widespread awareness about menstruation or periods there is a special day observed for it that is the World Menstrual Hygiene Day[2] that is observed every year on the 28th of May, the idea behind marking this day is to change the social stigma associated with menstruation or periods. The date 28th May was chosen because periods mostly happen to women every month that is after twenty eight days for a period of five days for this the date of 28 May had been chosen so as to celebrate and mark this date as the World Menstrual Hygiene Day.

WOMEN AND MEN ARE DIFFERENT

Men and Women both have different body structures. Women, who bleed every month for 3-5 days and not die, while on the other hand if a man would bleed similarly in that way, it would be more fatal for them. Women in their periods suffer from extreme cramp pains, extreme mood swings and other changes yet they manage to do and complete every task that they are given. A woman has to manage the household chores and work at the same time in order to cope with that the government had come up with such a decision of for the need of a Menstruation Benefit Bill. While earlier with the prenatal sex determination a girl child was killed before the born but with the recent strict laws of not disclosing the sex of the unborn child it becomes a less threat though to the life of the girl child yet in the later years she has to go through a lot. A woman has to go through a lot of hardships in her life not saying a man doesn’t get hardships and hurdles but when compared a man is subject to less hardships than a woman. This has also been said in our laws one such is the Hindu Succession Act wherein the agnates that is the male counterparts are given more powers and rights than the cognates that is the female counterparts. Thus, making it a patriarchal system of hierarchy in India.

This is the same even in the western countries and other countries. Even in those foreign countries women have to face work struggles, struggles to cope up with the family and household chores. Menstruation doesn’t and won’t stop for anything apart from pregnancy. Menstruation being the necessity there has to be work friendly hours or leaves for women in those times of the month so as to they can cope up with the pain .distress and stress all at the same time that they have to go through.

SHOULD WOMEN BE GRANTED PERIOD LEAVES –

Many feminists groups are opposing this menstrual leave stating that it is a bad idea. Some of them are telling that it is a choice, if a woman wants a leave, she can avail it and if she doesn’t then she won’t. Many are seeing this leave as the gendering of workplace as a symbol of biological determinism i.e. using biology for offering equal oppurtunities against females. Few groups are also debating on the social and biological differences. According to them society creates differences not biology.

CEO of Zomato Mr Deepinder Goyal had said that women should be avail the 10 days leave only if they are really unable to do the work. No one should misuse their leaves and use them for doing other stuffs. This statement proved out to be controversial. According to some resources, the word ‘really’ used in Mr Goyal’s statement was a sign of warning given to the female employees of Zomato. The thing is that men don’t have uterus and can never have a period too. So how can they understand the actual pain and sufferings of women during menstruation? Now the time has come to consider period leave mandatory for the women employees.

NO UNIFORMITY IN PERIOD LEAVES –

There is no question of uniformity in the period leaves in India. In the state of Punjab, under the Punjab Shops and Commercial Establishment Act, 1958 the employees of Zomato Gurgaon office have right to take 20 leaves and 7 sick leaves per year. But now women can avail one day leave for their menstrual cycle per year according to the new policy. In Bangalore, according to the Karnataka Shops and Commercial Establishments Act, 1961, the Zomato employees can take 20 leaves per year and 12 sick leaves. Women got extra 5 days of leave than in Gurgaon. In Maharashtra, the employees of Zomato have 8 days leave but no casual leave. The new period leave policy is a relief for women there.

But women who don’t work under Zomato have no option of period leaves. They have to utilise there sick leaves in case of pain and menstrual cramps. So, the Parliament should pass the bill and ensure that equal number of period leaves is given to the women across India.

The Congress Lok Sabha MP, Ninong Ering had introduced the ‘Menstrual Benefits Bill’[3] in the year 2017. According to this bill, women working under both public and private sector organisation should be granted 24 days for period leave per year i.e. 2 days per month.

A famous journalist Barkha Dutta twitted that this policy by Zomato is totally biological determinism[4]. It is a stupid idea. She also added that she can even fight wars in her periods. In fact every woman should work in their offices on their periods too. Periods are painful and uncomfortable but these can be treated by Tylenol or Meftal and a hot-water bottle.

There are many women who work as housewives at their homes and take care of their households bearing the pain of the menstrual cramps. Should they not be granted leave? Why should only the working women be granted period leaves? What the women engaged in domestic chores?

There is a saying that men will be men. One out of every ten men will always oppose the policies that are passed in favour women. Some will also say that women’s weakness and illness is all fake. Therefore yes the Menstrual Benefits Bill, 2017 is absolutely constitutional under the Article 42, Part IV of the Constitution of India which deals the Directive Principles of State Policy[5] i.e. to make provisions for securing just and humane conditions to the women for work and maternity relief. Though there is discrimination on the grounds of sex under Article 15 but the aforementioned acts clause 3 has given rights to the state to pass special laws for women. This period leave is an implementation of the State’s obligation under the Indian Constitution.
This new move will bring a positive change in our society and it will also deal with the humiliation and shame women have to deal with due to menstruation by changing the narrow mind-set of the society at large.

[1] The sex-ratio is defined as the number of females per 1000 males. Through this sex ratio, we can easily know the number of women in a country. In India, the sex ratio has gone up to 940 according to 2011 census than the ratio in 2001 census i.e. 933.
[2] The World Menstrual Hygiene Day is celebrated every year on 28 May to create awareness about menstrual cycle among the women and highlight the issue of maintaining good hygiene.
[3] An MP from Arunachal Pradesh had moved a private member’s bill into Menstrual Benefits Bill in 2017. As per the Ministry of Women and Child Development, there were no legislations made in India for this issue. However, few awareness programmes take place every year to spread awareness among the adolescent girls on menstruation.
[4] Female journalist Barkha Dutt opposed the Period Leave by Zomato and emphasized that women should feel free to mail their employers about period pain and seek for a leave.
[5] The Directive Principles of State Policy (DPSP’s) has given right to the state government to make policies and laws for the betterment of their state. Under this provision, the state shall promote the welfare of their people by providing them basics like food, clothing and shelter.

2 thoughts on “Is Period Leave Policy For Women Constitutional?”