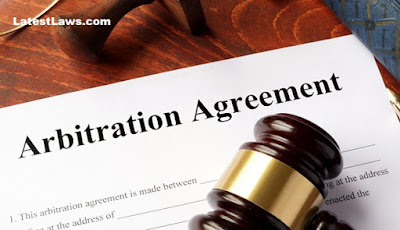 The proliferation of arbitration as an efficient Alternative Dispute Resolution mechanism has brought several benefits which it brings to the table. Flexible, time-efficient, quick solutions and awards with certain procedural safeguards are some of the reasons for the mechanism to thrive. The parties to free to conduct the arbitral proceedings with compliance with the law chosen by them, along with arbitrators, venues chosen by them, on the shelves of their convenience. Party autonomy is the thumb rule in arbitral proceedings which permits them to agree upon the procedure governing the resolution of disputes. The procedural safeguards governing the resolution of disputes, that protect the parties during the times of pendency of proceedings are interlocutory or interim measures.

Parties are observed to engage in dilatory tactics or prejudice the rights of opposite parties by dissipation of assets or by interference with the functions of the bodies. A delay in such circumstances of relief to the parties could become futile. Safeguarding the rights of parties[1] at the times of such delay, certain interim measures, in the intervening period between juncture at which the “Dispute” arose may be important for the, prior to the commencement of arbitration to the execution of an award

As per Section 9 (2), prior to the constitution of the arbitral tribunal, if the court grants interim measure order, the parties are required to initiate arbitral proceedings within 90 days.[3]

The court shall not entertain any application under section 9 after the arbitral tribunal’s constitution. However, there is an exception provided to this rule when the court may entertain an application under Section 9 (3), after the constitution of the arbitral tribunal only under an exceptional case, when the remedy available under section 17 is inefficacious.

The objective of inserting subsections, (2) & (3) in the amendment is to reduce and to check the unwanted usage of and unnecessary resorting and depending on the interim measure under section 9. The measures under the section should not be excessively prolonged by the party who may have obtained the order for interim measures under Section 9 but would waste the time in commencing the actual arbitral proceedings in order to continue enjoying the interim measures.

The amendment could identify the powers provided under the scope of Section 17 (which was deemed to be at par with the provisions provided under Section 9) and this would help in reducing the work of the courts while granting interim protections once the adjudicating authority or the arbitral tribunal was set up.

The crux of the circumstances where the court, under Section 9 can grant the order for interim reliefs are as follows:

1.       Before the Arbitral Tribunal has been constituted

2.       After the pronouncement of the Arbitral Award but before its enforcement

3.       When the remedy available under Section 17 would be inefficacious

The relief granted by a court under Section 9 in the form of an order may be enforced like any other order under any other statute passed by the court.

The crux of the circumstances where the arbitral tribunals, under Section 17 can grant the order for interim reliefs are as follows:

1.       After the constitution of the arbitral tribunal and During the continuance of arbitral proceedings.

2.       Before the arbitral tribunal passes an arbitral award

When the 2015 Amendment Act wasn’t in existence, section 17 provided a wide range of power to the arbitral tribunal as the tribunals had powers to grant any type of interim measures of protection and there was no exception or limitation carved out in the 1940 Act. Post the 2015 Amendment Act, the legislation has curbed and limited powers of the arbitral tribunal by drawing boundaries and the manner of exercising powers under Section 17 of the Act.

Before the 2015 Amendment Act, courts had expressed and had stated clearly at the instance that the powers granted to the arbitral tribunal under Section 17 were limited in nature and less in comparison to Section 9 of the Act. The power vested with the court to grant interim relief has always been more than the arbitral tribunal.

Citing the case of  M.D., Army Welfare Housing Organisation v. Sumangal Services Pvt. Ltd[4]and stating the words used in the judgment are as follows, “An arbitral tribunal is not a court of law. Its orders are not judicial orders. Its functions are not judicial functions. It cannot exercise its power ex debito justitiae. The jurisdiction of the arbitrator being confined to the four corners of the agreement, he can only pass such an order which may be the subject matter of reference.”. It was further held, “In absence of an agreement to the contrary, in terms of the provisions of Arbitration Act, 1940 an arbitrator can pass only an interim award or a final award. Such awards are enforceable in law. The award of an arbitrator whether interim or final are capable of being made a rule of court, decree prepared and drawn up in terms thereof and put to execution.”

It was clarified by the Supreme Court that the arbitral tribunals, under section 17, do not have the power/jurisdiction to pass interim measures against a third party.

All the orders passed under Section 17 of the Act are appealable only under Section 37 of the Act.  According to the Amendment Act of 2015, any order issued by an arbitral tribunal under Section 17 shall be deemed to be an order of the court for all purposes and shall be enforced in the same manner as if it were an order of the court. The Delhi High Court, in the case of Benara Bearing & Pistons Ltd v. Mahle Engine Component India Pvt. Ltd[5] held that the provision guaranteed under Section 9(3) of the Act cannot be deemed to be regarded as a privative clause with regards to the powers which are conferred upon the court and the court’s jurisdiction which is provided under the provisions of Section 9 cannot be taken away.

The battle for jurisdiction occurs generally between the two dispute resolution mechanisms, but there have been several judgments recently to clear the scope of Section 9 and 17, respectively.