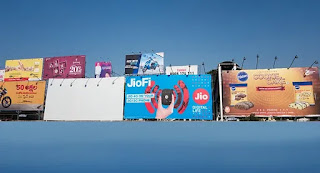 In these, the Chennai City Municipal Act, 1919 challenges the section 326A to 326J1in writ petitions. In these sections it cover ups about the definition of Hoardings whether it is for public or private or for any advertisement and not for any sale purpose or for any other purpose. These sections also includes the prohibition for erection of hoardings where it becomes mandatory for License to the one who is the owner of particular hoarding. For License one needs to make an application to the District Collector/ Commissioner. Therefore the District Collector or Commissioner may grant permission for license only after his/her inspection and if not satisfied, permission may get cancelled but not without informing the reason of cancellation or without listening to the appellant point of side. The License shall be renewed from time to time otherwise it may cause penalty to the owner. Any person holding the License for particular hoarding shall pay a Tax calculated at particular rates2. With the authority of granting License by the District Collector/ Commissioner, also has the power of cancelling or suspension of license if that hoarding contains any mis-representation or any fraud material presented on hoardings which can damage someone’s image or creates nuisance to the public or private property. In other case if hoardings found without License the District Collector/ Commissioner passed the order of removal of unauthorized hoardings or in such other cases. There are certain exemptions to certain hoardings also from state government an appeal is made for the refusal or approval of hoardings. One of the sections also mentions the penalty of hoardings with an imprisonment or with fine. There is also prohibition of construction to certain hoardings.

The Judgement for the case title named “NOVVA ADS. V. Deptt. Of Municipal Administration and water supply (2008) 8 SCC 42” was passed on a particular dated 09/04/2008. When the writ Petitions was dismissed in High Court, the case was then carried to the Hon’ble Supreme Court of India, the titled case was therefore ruled upon the Civil Appeal where leave was granted in the ‘Special Leave Petitions’. The Judgement was delivered to the division bench of Madras High court in writ petitions and was challenged in these appeals. The following sections 326A to 326J in writ petitions challenges not only Chennai City Municipal Act, 1919, but also challenges ‘Licensing of hoardings and Levy and Collection of Advertisement Tax, Rules, 2003’.

In the City of Chennai, a committee was setup for identifying or counting the historical or important places for the hoardings. It was pointed out that no license is to be granted or renewed in respect of any hoarding which is not in conformity with provisions Act or the Advertisement Rules Act3.

The Advertisement Rules have submitted that the Articles are violative of 19(1)(a) and 19(1)(b) in the Constitution of India,19504. Along with articles 19(1)(a) and 19(1)(b), Article 14 has also been violate of treating public and private hoardings equally. In Tamil Nadu Acquisition hoarding act, 1985 it was submitted that the hoarding whether it was public or private property it was held to be illegal.In the Chennai City Municipal Act,19195 in it the owner of hoarding needs to apply for license within a period of 30 days. A very well-known case law ‘P.Narayana Bhat v. state of Tamil Nadu and ors. (2001) 4 SCC’ can be referred as an example or helpful for better understanding of the following case.

In the Advertisement Rules, the time period for making application license was fixed in the year 2003. Also in these rules the term ‘Obstruction’ is pointed out to the physical disturbance to the people. ‘K.R.Ramaswamy @traffic v. The Collector on 28 April, 2008’ is also one of the case law which can be taken into consideration for better understanding. According to Rule 66, challenge is made to relate to the width of the road.It is pointed out that the concept of Public Order which is being introduced but it has to be in relatable parameters mention in the Case Law ‘Dr. Ram Manohar Lohia v. State of Bihar and ors.(1966) 1 SCR 709’.For arguments provisions are regulatory and are related to the parameters of Article 19(2)7, but there were restrictions on use of private land for advertisement. On the other hand in the following case title ‘BrijBhushan and anr. v. The State of delhi (AIR) 1950 SC 129 state that restriction can be related to only public interest and not to the public order. Basic difference between Article 19(2) and 19(6) has not been kept in view.

Some of the petitioners have stated that there was a regulatory fixed dated 23.7.1998 register was to be done to identify data as to which hoardings existed prior to the fixed date so applicants can make application before the date gets extended.  Most of the roads are between the 15ft. to 50ft category which is submitted in Rule 6.The question arise in the form that, what is objectionable in the hoarding, to which it said to be its content and that matters. The content is not limited to words, colour, size, extent, form, and placement. In these case there is no guided discretion. On the other hand the respondent has submitted that the appellants and many like them have continued the legislation regulating hoardings in Chennai. Along with it was submitted that the hoarding owners have challenged the regulation on specification on hoardings for the last two decades that Chennai still carries away the dishonourable hoardings in majority which are hazardous and dangerous to the traffic. Instead of getting relief, the failure continues while the court challenged is still continued.

Rule 6 of 20038 puts restrictions on size of hoardings, height, spacing, etc. also the requirement of steel frames. The Commissioner is satisfied under section 326-J that any hoarding visible to the traffic on the road is hazardous to the safe traffic movement, and shall not grant any License under Section 326-C. There are no bans on hoardings as such but only in case of obstructive and destructive hoardings are prohibited by the government. Therefore the appeals and Writ Petitions without merit and needs to dismiss. The content, effect and the purpose clearly show that it is intended. As it has been rightly said by the counsel of the respondents that the Act and the Advertisement rules do not regulate advertisement. There are two things made arranged in Rule 3(b) where one would be relating to NOC by the police and the other power of District Collector whether the hoardings fall under the section 326J was in the same line.

A Delegated legislation can be declared invalid by the court only on two grounds: a) It violates any provision in the constitution (b) It is violative of the enabling act. Basically this provisions relate to the process that rules and regulations conferred by the Government is consulted.

3Rule 3(i) of Advertisement Rules Act, which specifies Magic Remedies, or Alcohol.

4Article 19(1)(a) and 19(1)(b) in Constitution of India,1950, expresses the freedom of speech and expression and to assemble peacefully that too without arms.

6Rule 6, mention any drugs or magical remedies of the Advertisement Rules Act.

7Articles 19(2) specifies freedom of speech and expression in the interest of public order.

8Rule 6 of 2003 includes Licensing of hoardings.