This study provides a national picture of crackdown on dissent in one of the world’s largest democracies. This article investigates how the ruling party is using coronavirus, one of its reasons to clampdown further on dissent. A democracy without a dissenter is meaningless. Free men, in the exercise of free thought, will give vent in free speech. No matter how abhorrent the thought, or its manner of expression, a mature democracy will tolerate it, and even encourage its publication. 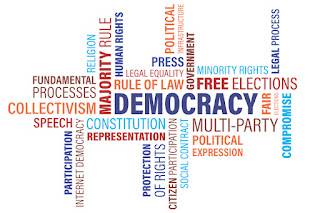 Dissent is not anti-national. This nation has been built on dissents expressed at crucial times in its history. A long line of dissenters from Lokmanya Tilak to Bose, Nehru and Gandhi, gave us our path to an independent India. Dr. Ambedkar, a man who dissented from Mahatma Gandhi, gave us a Constitution that has endured all these years. Here is what the author has to say on clampdown on dissent in India recently.

“The blanket labeling of dissent as anti-national or anti-democratic strikes at the heart of our commitment to protect constitutional values and the promotion of deliberative democracy.”

Dissent and democracy are often considered synonymous in a liberal- democratic social order. It is through open debate and discussion that the diversity of perceptions in a democracy gets exposed. The right to dissent is one of the most important rights guaranteed by our Constitution. Civil liberties are given a high level of importance and the citizens can rightfully criticize the policies of the Government as opposed to a Totalitarian or an Authoritarian State where any form of dissent against the Government is not tolerated. Right to dissent is the essence of a democracy. But how does one know which dissent or disagreement is genuine, reasonable and legitimate? It can be known only through dialogue and debate. The perceived right to justify the suppression of such discord in the garb of curbing socially insidious opposition could later be misused to stifle even rightful and lawful dissent, as evident across the world today.

The framers of the Constitution rejected the notion of a Hindu India and a Muslim India. They recognized only the Republic of India. Yet today’s hyper nationalism is already tearing into the national fabric and destroying the democratic institution which makes it necessary that the voices should be heard today. The attack by the totality of this mandate on dissent strikes at the heart of a dialogue-based democratic society and hence, a state is required to ensure that it deploys its machinery to protect the freedom of speech and expression within the bounds of law, and dismantle any attempt to instill fear or curb free speech[1]. If an electoral mandate is used to silence free, non-violent opinion in the name of “nationalism”, there’s a danger that protests will move to the street and take on a violent hue, as it happened in the 1970s when Indira Gandhi tried to shut down her critics. Free opinion functions as a safety valve; keep dampening them down and one day they could explode. Curbing dissent on the name of nationalism is very dangerous in a democracy. Hence, the destruction of spaces for questioning and dissent destroys the basis of all growth – political, economic, cultural and social. In this sense, dissent is a safety valve of democracy.

An entrenched culture of dissent in India is hard to stamp down. So, whether it is the decision to revoke the special constitutional status of Jammu and Kashmir, or to bring in the discriminatory Citizenship Amendment Act or illegal arrests made under UAPA and NSA charges on student activists, specially targeting minorities and dalits. This shows the position of the current leading party and their stance on the democracy which is hard to ignore. The government is using iron hand to curb free speech. The International Day of Democracy has been observed around the world on the 15th of September since 2007 to promote and uphold democratic principles. The theme for this year’s International Day of democracy is “Democracy Under strain: solution for a changing world”. This year we’re observing this day in the middle of a pandemic. Celebrating democracy day amidst so many unconstitutional decisions raises a question mark whether we should really celebrate the day or not.[2] From police brutality on AMU, JNU, JMI students to farmers protesting recently in Punjab and Haryana. Suspension of Question Hour in the parliament, Farmers bills have been passed without a vote division and with so much of chaos in the upper house, as it has been refereed as anti- farmers bills. Also there is so much of wrong data on fiscal stimulus, dubious data on Covid- 19 deaths which includes (migrant’s deaths, healthcare workers deaths, farmers suicide, student suicides) and cloudy data on GDP growth. At such crucial times it is the foremost responsibility of every citizen to question the government.

Today’s hyper nationalism is a more bludgeoning force than old socialism because it’s focused on emotive religious-nationalist issues. Also, today governments are supported by shrill social media armies which push people into divisive corners. Issues like Article 370, triple talaq and NRC are pitched in such a polarising manner that the nuanced middle ground almost disappears. For example, triple talaq was indeed an injustice on women, but did it need to be criminalised? Should the civil rights violations of those who could become ‘stateless’ in India under NRC not be raised? Is there a constitutional immorality underlying the manner in which Article 370 was scrapped? Exploring these nuanced questions is surely not unpatriotic or anti-national. Amid politics as spectacle, why shouldn’t there be a more rigorous debate on the economy instead? Unemployment figures remain high; data shows 41 lahks youth have lost their jobs. Will hyper nationalism permit any questions on the economy or will such questions be called anti-national?

Silencing of dissent and the generation of fear in the minds of people go beyond the violation of personal liberties and a commitment to constitutional value[3] and once a government becomes committed to the principle of silencing the voice of opposition, it has only one way to go and that is down the path of increasingly repressive measures until it becomes a source of terror to all its citizens and creates a country where everyone lives in fear. A democracy welded to the ideal of reason and deliberation ensures that minority opinions are not strangulated and ensures that every outcome is not a result of merely numbers but of a shared consensus. On 9th January 2020, in Anuradha Bhasin v. Union of India, the Supreme Court of India held the right to freedom of speech and expression, through the internet as a medium, to be an integral part of Article 19(1)(a) but has failed to reach a conclusive result. Due to the increasing number of internet shutdowns, India is becoming the global internet shutdown capital. There were 106 incidents of internet shutdown recorded in India last year. In a democratic republic, the Constitution has given the people rule of law and not the rule of majority, something which is missing from the current picture. It needs to be rectified at the earliest. If the power in the hands of government is left unchecked in the 21st century, it won’t be long before we witness digital dictators.[4]

Media which is often regarded as the fourth pillar of democracy and was conceived to act as watchdogs of the three organs of the state. But in recent years, significant players in mainstream electronic media, instead of discharging their responsibilities as watchdogs, have passed the test of being lapdogs with flying colors. The voice of dissent is not allowed any space in mainstream electronic media. It is silenced whenever a contrary point of view is expressed. However, a trend has been noticed across the world for the right-wing revisionist forces to do everything possible in their might to be intolerant to any uncomfortable opinion as may prejudice their vested interests. Such orthodox and reactionary forces not only misuse the media to manufacture convenient opinion, they also actively discourage any free expression of opinion and disagreement. The killings of Shujaat Bukhari, Gauri Lankesh, MM Kalburgi, Narendra Dabholkar and many others in India and abroad for their candid views are examples of intolerance to dissent and disagreement. This is a clear violation of their right to freedom of expression and right to life.

State is using an iron hand to curb free speech. Suddenly there are a lot of cases charging people with sedition. Common citizens who criticize the government are charged under stringent laws. There is a misuse of draconian laws like NSA and UAPA to suppress voices of dissent. Already there are 70 cases of sedition this year. Citing the example of Dr Kafeel Khan, who was recently released from jail after the Allahabad High Court, quashed his charges under the NSA, Justice Lokur said his speech at a protest against the new Citizenship Act was misread. “The Court said his speech was promoting national integration and unity”.[5] It took 7 months to understand a speech that speaks of ‘national integrity and unity among the citizens’. There are also concerns about preventive detention being used rampantly. On the other hand, there are people who talk about violence openly, about breaking up things but nothing happens to them. Democracy is not about majoritarian oppression but about consultation, conciliation and consensus. All three democratic virtues are missing today.

The IDEA’s Global State of Democracy Index 2019 covering 158 countries since 1975 noted that India, along with 7 other democracies, including the US, had ‘seen the most widespread democratic erosion’ in the past five years. The citizens of the country must stand up against this most atrocious campaign that independent India is witnessing against its best minds. If we fail now, we may lose India forever. According to Justice D Y Chandrachud, the “great threat to pluralism” is the suppression of differences and silencing of popular and unpopular voices offering alternative or opposing views. India is a subcontinent of diversity in itself. Pluralism has already achieved its greatest triumph – the existence of India. The nation’s continued survival shows us that our desire for a shared pursuit of happiness outweighs the difference in the color of our skin, the languages we speak, or the names we give the almighty. In providing spaces to a multitude of cultures and free space to diversity and dissent, we have to reaffirm our commitment to the idea that the making of our nation is a continuous process of deliberation and belongs to every individual. No single individual or institution can claim a monopoly over the idea of India.[6]

The Judiciary plays the important role of interpreting and applying the law and adjudicating upon controversies between one citizen and another and between a citizen and the state. It is the responsibility of the courts to maintain rule of law in the country and uphold the Constitution. The recent judgment by Supreme Court in which Prashant Bhushan was fined Rs. 1 in Contempt of Court Case and on the other hand Allahabad High Court dropped NSA charges on Dr. Kafeel Khan after 7 months of his illegal detention. Constructive criticism and meaningful dialogue is the hallmark of a democracy. But before we can expect that to happen, we need to have a more educated and informed society as commitment for the protection of deliberative dialogue is an essential aspect of every democracy, particularly a successful one. It is high time and the authorities should realize that criticism can bring corrective action, and help improve the rights of all. “Democracy must celebrate dissent, not curb it”.