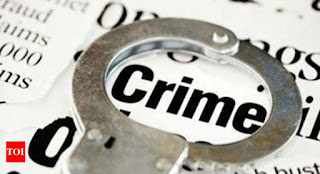 Now in a country like India, the offences which are proved to be heinous where you kill a person and m may be termed as Murder, Culpable homicide and Non- Culpable homicide. In United States of America and other countries where they are termed in degrees like First degree Murder, Second degree Murder and Third Degree Murder. So most of it likely depends on how severely the crime has been done. These two aforementioned sections also deals with the concepts of Culpable homicide not amounting to murder. The common ingredient is to harm a person but there are certain things that makes Murder different here from Culpable homicide[3]. This whole difference is decided on the basis of final outcome of a certain act. Section 302 of the Indian Penal Code deals with punishment for murder where the person who is the convict is punished with death or imprisonment of life and shall also be liable to penalty or fine[4]. A non-bailable and cognizable offence is murder. Section 304 of the Indian Penal Code states about punishment for Culpable homicide not amounting to Murder[5]. The punishment for culpable homicide is imprisonment for life or imprisonment for the period of 10 years also liable for penalty or fine[6], it is also a non-bailable and cognizable offence. The terms actus reus and mens rea are the common ingredients where there is guilty mind as well as intention where a person can harm or can cause harm to a person or an individual by his act[7].

The term ‘Murder’ traces its derivation appearance the Germanic word ‘morth’ which means ‘secret killing’. Murder means when one human being is killed by means of intention of another person with any malevolence or a forethought[8]. It can also be definite that it a serious offence when compared to culpable homicide. Furthermore an offence will not amount to Murder but for it includes an offence which cataracts under the description of culpable homicide. To explain it fully, we can say that Murder is a group where Culpable homicide is a genus[9].

There are six types of murder namely:

¨ First Degree Murder – The highest level of master planning is involved concerned to the Victim[10].

¨ Second Degree Murder – A definite proportion of intention comes here to harm a person is involved but there is no indispensable intention to kill a person[11].

¨ Third Degree Murder –This is caused as a result of any indifference or by any neglect of the offender[12].

¨ Fourth Degree Murder – Here, A person is charged for helping the offender to cause a crime in a homicide[13].

¨ An Aggravated Felony Murder – When a non-participant victim when dies throughout the commission of an offence by the wrongdoer, the crime is measured as a felony murder[14].

¨ Justifiable Homicide –A type of murder but no charges against it because it applies in self defense type situations[15].

The term ‘Homicide’ means killing a human being either by lawful means or by unlawful means. Hereby the word lawful homicide comes under the domain of general exceptions in Indian Penal Code (IPC) under Section 76 to Section106[16]. Coming to next one which is the unlawful homicide which comes underneath the grouping of offences adjacent to human body in which Section 299 of Indian Penal Code (IPC) exclusively deals with Culpable homicide which does not amount to Murder[17], also at this point Section 300 of IPC talks about Murder[18] and finally Section 304A which deals with the theory of Death by disregard in which death would be caused by any rash or negligent act[19].

EXCEPTIONS OF THE CONCEPT

Culpable homicide when it doesn’t amounts to murder ; A Culpable homicide only does not amounts to murder when the offender fully acts without a self control by a unexpected aggravation and which acts to the amount to the death of a person by blunder or by an accident[20]. This annoyance is not intended and such aggravation ought to not be adjacent to anything in law or aligned with a public serving who is in endorsed exercise or his powers and also one must not be goaded against anything done in official exercise of any right of private defense[21]. A Culpable homicide does not amount to Murder whilst an act is finished with an goal of superior faith with effect of any private defense of person or private defense of his/her property and where it exceeds the supremacy which is prearranged to him by the provision of law and thus causing fatality of a person alongside whom he is exercising such right of private defiance without any intent[22].

In attendance are definite mechanism to make a distinction about the concepts of murder and culpable homicide. The divergence is buried with the terms of earnestness of the intention. In this look upon the Supreme Court has held that:

Formerly as soon as a felony has occurred along with to unearth whether it is a execute or culpable homicide, present there are certain points to be experiential. To start with one who investigates the crime should create the act done is murder. Subsequently he should find whether the crime fulfills the ingredients of Section 300 of IPC are contented[23]. After that the work is to find whether that offense is Culpable homicide which not amounts to murder or some other like crimes which attracts the exceptions to murder to facilitate is private defense. At after everything else, the crime would robust into a convinced hole as said in the Pigeon hole theory and thus them punishment for that offense would spring and the offender would be punished according to the misdeed done by him. The offence devoted is a Culpable homicide when the damage done to a person or victim by the lawbreaker which is likely to origin death, it would cause slaughter when that injury unrelenting by the victim lead him to death in ordinary and usual course of action. The dissimilarity lies in the concentration of injuries inflicted upon the victim. If the victim is found to be unremitting with numerous injuries then the accused is convicted under Section 300 of IPC which is execute[24]. In case of a person stabbing another person with knife in chest or abdomen then it amounts to Prima facie that would amount to Murder. Where the purpose of numerous persons is to impose injuries to that individual which ensures death of that person then this Act would sum up to Murder under Section 300 of IPC[25]. Comparable to this, if an lawbreaker inflicts any wound by a immense smash with a hit in the head which resulted in contravention of bones in head, it is clear and apparent that he proposed to cause murder to that person. Consequently, it is the likelihood which determines whether it is Culpable homicide or murder[26].

THE DISPARITY BETWEEN DEATH POSSIBILITY IN BOTH THESE CONCEPTS

The two words collides which are actually overlapping but yet distinct offences. The distinction on the basis of them would likely be ‘intention’ and ‘knowledge’ of the stupid culprit committing the crime.
This blog is authored by- Ankur Mukherjee