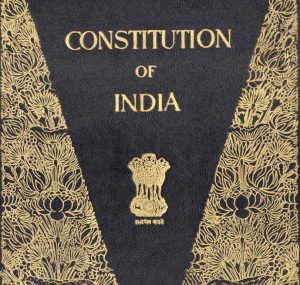 “We live in a rapidly evolving world that changes on a regular basis. As a result, in order to keep up, society must undergo some modifications.”“These amendments must be made to the country’s constitution.”“The Constitution is a text that aims to bring about societal change.”“To put it another way, the constitution needs to change to keep up with the pace of civilization.”

“Transformative constitutionalism has taken on numerous meanings now, as it does with all successful endeavours, and much more so now that it has become a notion of comparative law.”““If there is a philosophy that embraces the goal of constitutions as society’s new moral and political base, this concept is transformative constitutionalism,” says one of the most well-known definitions.”“Many countries, including Europe and the United States, have constitutions that serve to establish a new political and moral foundation for their societies, particularly when they emerge from the victory of a revolutionary movement, as in the early French constitution, or when they are adopted in response to past horrors, as in Germany and many Eastern European states.”[iv]

“Transformation from a colonial rule to self-governance”

“This is regarded as a sort of transformative constitutionalism in the sense that a new framework for the Indian government was adopted in a systematic manner.”“When India attained independence from British colonial rule on August 15, 1947, an example of transformative constitutionalism was seen, according to this interpretation.”“The shift occurred not only in terms of government, but also in terms of the entities in charge of running the country.”“India was converted from a country ruled by foreign colonisers to one ruled by its own people, who were able to choose their own government and leaders.”

“Although the Government of India Act 1935 adopted a majority of the British rulers’ framework, the change prepared the way for a new government that was formed by the people, for the people, and by the people.”“The Constitution introduced new values, such as dharma and justice.”“The system’s transition to support these ideals was a constitutional requirement.”“As a result, transformative constitutionalism can be defined as the methodical acceptance of a new framework for the Indian government and the creation of the Indian Constitution.”

“Transformation of society and state”

“This interpretation is less event-specific and instead focuses on the country’s ever-changing legislative and administrative changes.”“According to interpretation, the way a state acts in connection to the way society functions, and vice versa, is constantly changing.”“Both the state and society are influenced by one another, and both are evolving and changing.”“This is also known as transformational constitutionalism, in which the Constitution’s essential values are upheld through change, such as in the judicial system.”

“One contemporary example is the 2018 case of Navtej Singh Johar versus Union of India, in which a component of Section 377 of the Indian Penal Code was decriminalised because it prohibited consenting acts of sex between members of the LGBT community.”“After more than 70 years of independence, the demands of society evolved, prompting this transformation.”“This type of transformational constitutionalism can be found in a number of other places.”

“Transformative constitutionalism was implemented in India as well, beginning in 1933.”“In 1933, the British established communal prizes, which required distinct representatives in Hindu, Muslim, and Christian languages.” “The depressed classes were also given a number of seats, but only the depressed classes were allowed to vote for them.” “MK. Gandhi reacted by going on a hunger strike, which ended with the Poona Pact, a pact between M.K. Gandhi and B.R. Ambedkar.”“Some rules were relaxed as a result of the agreement. M.K. Gandhi saved the country at the moment, but he had no idea what would happen in the future; the reservation system would just become a means of increasing the vote bank.”

“Similarly, important reforms such as the repeal of Articles 370 and 35(A) have occurred.”“These adjustments may have imposed a financial strain on Pakistan and Kashmir, but they were compelled by the dire situation.”“One example of transformational constitutionalism is the legalisation of the LGBTQ committee.”“This is how the dynamism of a constitution contributes to the development of a country and its people.”

“Our constitution is 73 years old, yet it is the legal profession’s or legislature’s responsibility to keep it up with the times.”“We are all aware of the annual dispute between India and China, which also needs to be settled.” “Since 1950, the constitution has undergone a number of modifications, but there are many more on the way.”

“In some of the most important judgments in Indian society over the last two decades, there are various examples of transformative constitutionalism.”“These are an attempt to bring about good change and provide a glimpse into how the legal structure and mechanisms may develop and improve in the future.” “One such example is the Ayodhya verdict.”

“M Siddiq (D) The Lrs vs. Mahant Suresh Das & Orswas a complicated case centred on a land dispute between two religious communities.”“The contested site is located near Ramkot, Ayodhya, and Hindu devotees believe it to be the birthplace of Lord Ram.”“The Babri Masjid, a mosque erected under the command and authority of Mughal Emperor Babar, was constructed on the same plot of land.” “Several Hindus felt insulted because the Mughals had taken over the region they venerated as the birthplace of their deity during their reign.” “During a political protest on December 6, 1992, Hindu extremists demolished the Babri Masjid.”“Following this, a complaint was filed with the Allahabad High Court, which determined that the land should be divided into three equal sections and distributed among the aggrieved parties.” “It went on to say that the contested property was Lord Ram’s birthplace at the time, and that the mosque was built after the demolition of a Hindu temple, which was in violation of Islamic beliefs.” “The participation of historical facts as well as traditional and religious beliefs was the key issue in this case.”

“When their mosque was demolished by Hindu fundamentalists, many Muslims felt betrayed.”“Hindus felt betrayed because a hallowed place of worship was taken over by a foreign Mughal Emperor for the construction of a mosque.”“Each group had its own grievances and points of view, and the subject was exceedingly delicate.”“In 2019, the Supreme Court heard the case for the final time after all parties appealed to it.”“The Supreme Court of India handed down its final decision in this matter on November 9, 2019.” “The Court based its decision on a report by the Archaeological Survey of India, which stated that there were remains of a “non-Islamic” building beneath the demolished structure of the Masjid, and that the disputed land should be given to a trust set up by the Government of India for the purpose of constructing a Hindu temple.”“The Court also ordered those 5 acres of land be given to the Sunni Waqf Board for the purpose of constructing a mosque, stating that the mosque’s demolition was illegal.”

“This is one of the most recent examples of transformational constitutionalism, in which efforts were taken to guarantee that neither religious community was offended, and that rather than being split over religious problems, communities were brought together.”“In this context, transformative constitutionalism refers to a systematic journey toward a society in which all religions can coexist without discrimination or inequities, a process that the Constitution has advocated for from its inception.”“This decision has elicited a variety of reactions, but it is evident that it was made with a futuristic mindset in mind, emphasising national unity over religious differences.”[v]