Sports Law in India is a blend of legislations pertaining to athletes or sports persons pursuant to the sports they play. Sports Law encompasses a variety of concerns namely contract, tort, agency, antitrust, trademark, sex discrimination, criminal, and taxation issues. A few laws are based upon the individual status of an athlete, whereas certain laws diversify according to the sport and with other purposes and some laws may differ. 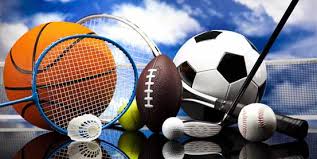 Most individuals consider professional sports as a valuable asset to the local economy and this contributes as an integral part to the civic identity of a country. The only two states where a comprehensive Sports Law currently prevails are Rajasthan and Himachal Pradesh. Across India, regional sports bodies operate under the authority of Commercial Law jurisdiction under non-profit-making entities. Rules and regulations alongside statutory orders, serve only as secondary statutes substituting the laws in force. Given the lack of specific sports policies in India, the manipulation of commodities is pursued through advertisements. The existing relevance of sports is far more than being a leisure sport or a pastime and has been incorporated into organized activities all of which are correlated with substantial expertise having influenced almost every field of public life, namely social, political, or economic. Whereas the intensity of this progress has been slower throughout the nineteenth and much of the twentieth century, due to the globalization of innovation and commerce, it has increased exponentially in recent times. Sports are mostly a part of the world of popularity. Several people engage in it, as either amateurs or professionals, and many people watch it inside the venue as viewers or by listening to the radio or watching television.

To a significant degree, sports governing bodies id est, the Indian Olympics Association, Hockey India, and the Board of Cricket Control in India (BCCI) are autonomous. Despite these challenges, it seems appropriate for the state to be at the forefront, whilst the neutrality of such organizations is not absolute. On account of sports as a matter of subject is legitimately included within the seventh schedule of the Constitution of India[1]. In conjunction, sports councils entrusted with both the administrative and operational control of the numerous sports activities in the country are usually registered as companies or organizations in the various states of India and are thus subject to the jurisdiction of various State Governments. Consequently, sports events and the bodies controlled by them fall under the jurisdiction of the States. The case of Charline Van Snick v. Federation Internationale De Judo[2], recognizes lamentable choices by the lower authorities whereby, the Court of Arbitration for Sport (CAS) following an appeal raised by that of the Belgian judoka Charline van Snick against the ruling of the Executive Board of the International Judo Federation (FIJ) in December 2013, which had declared the judoka guilty of a violation of the anti-doping code (cocaine) ruled on behalf of Charline.

As anticipated, another outcome for the commodification of sports is perhaps the growing interference of laws and the distinctive attributes of a sports vis-à-vis the free agency of athletes is a subject of speculation. It would be essential to be conscious of intellectual property and potential revenue in the synergy amongst broadcast media and sports. The conflicts involving ambush marketing are often highlighted by athletes and to deal with these issues, the right application of the law is in deficit. In order for sports and athletes to develop, policy change is a must for the proliferation of sports law in India. The country needs to acknowledge that athletics is no longer a battle between players vying for the top ranks, but they still entail intricate legal problems along with a major stake in an athlete’s future. There seems to be an emergence from the sports arena of a distinct legal sphere which always requires adequate and immediate consideration. Sport is primarily not limited to recreation, but it still has national importance. In contemporary times, the emergence of the Indian Premier League and Indian Super League has posed significant concern related to Competition Laws, thus adequately illustrating the need for reforms in the Indian Sports Law and the need for centralized legislation to overcome the present shortfall.