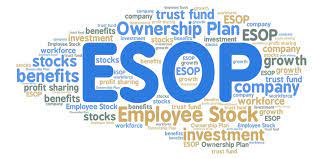 On August 13, 2021, the Security and Exchange Board of India had notified the SEBI (Share Based Employee Benefits and Sweat Equity) Regulations, 2021[1], which is also known as the “New SEBI ESOP Regulations”. The entire notification is notified with the objective and point of governing all shared-based employee benefit schemes, that deal in securities (Employee share purchase, Employee Stock Options, Retirement Benefits, Stock Appreciation Rights, and General Employee Benefits). These schemes are also known as Share-Based Benefit Schemes.

An expert team was formed that formed the recommendations in order to develop the SEBI (Share Based Employee Benefits) Regulations, 2014, and it was also known as the SBEB Regulations. The changes were also recommended for the SEBI (Issue of Sweat Equity) Regulations, 2002. After the consideration of the recommendations, the New SEBI ESOP Regulations were formed. The entirety of the notification contains the comprehensive and diverse scope and approach given to the term “Employee”, which is under the regulations of New SEBI ESOP Regulations and the consequences of the following changes made in the regulations.

The core understanding of the new regulations, in terms of the definition of the term “employee”, brings up the major tweaks that are made in the following manner:

1.      Addition of the employees of Listed and Group Companies under the scope of the new Regulations

2.      Removal of the term “Permanent” from the definition, with added implied clarifications.

Addition of the employees of Listed and Group Companies

With the previous SEBI (Share Based Employee Benefits) Regulations, 2014 the permission and scope of benefits under the Share-Based Benefit Scheme were limited to the narrow area of the employees limited to the companies adopting the Share-Based Benefit Scheme. The repercussions of the same would be an impact on the unavailability of the same scheme and benefits to the employees of the listed and “Group” companies.

In the amendment made in the Companies (Share Capital and Debentures) Rules, 2014, there was an exclusion made in the employees of the “Associate Companies”. The said amendment prompted the removal of the same class of employees away from the Share-based. In order to bring the definition of employeeunder the ambit or align the same within the purview of the amendment to the Companies Rules, 2014, in 2015, the same was removed. Within the limitations of the shareholder’s agreement, even the joint ventures’ employees can get access to a share-based benefit scheme. However, the inclusion of group companies is for the first time. The group company means two or more companies which:

2.      Appoint more than 50% of the members of the board of directors in the other company

3.      Control the management or working of the other company

And with the help of this inclusion, the group companies would be able to garner the scheme across their group. Having the scheme open to a large number of companies would help them to extend the Share-based benefit schemes to more employees in terms of number.

Removal of the term “Permanent” from the definition

In the past, there have been instances that were constant in nature when there was confusion and uncertainty regarding the non-permanent employee’s inclusion or eligibility towards the term “Employee”, under the scheme, in order to get access to the scheme. The definition of the term employee under the previous scheme has made it clear regarding their eligibility which was negative. The scheme was only limited to the term “Permanent Employees”, removing the contract or temporary employees from the eligibility criteria.

The concept of a “Permanent Employee” is conventional when it comes to the recent surveys and data that has been found after the pandemic, especially. Across the world, including India, the hiring and working spaces and ecosystems are becoming more and more open and flexible in terms of the commitment and status of their human resource. The consequence of the same is the increase in contract employment, with the reduction in the importance given to the “permanent” term.

In the Economic Survey 2020-21, India had one of the largest shares in these flexible hiring markets. Such a type of hiring and work culture is known as a Gig Economy.[2]

The best possible way of reducing the efforts of the employees and the employers was to remove the term “permanent” the regulations, as it could have the potential to diversify the pool of eligible employees. With the changing needs of the ecosystem, where flexibility is the priority of the majority of the parties involved, this change would become a convenient tool for the same objective. The clarification for the exclusive employee was also made when also the employees that are working exclusively for the company, irrespective of being employed in or out of India, would be eligible for the share-based benefit scheme.

The new regulations would be active including the listed companies while continuing to keep unlisted out of the eligibility. The unlisted companies would not be regulated under the New SEBI ESOP Regulations, instead, they would continue to be regulated by Section 62 (1) (b) of the Companies Act, 2013, read with Rule 12 of the rules. In the above section, the purview of the employee is narrow when only the permanent employees and the associate or the group companies are covered. After the new regulations by SEBI, it has a wider approach when compared to the Companies Act, 2013.

The unlisted companies striving for opening up and give out IPOs would have to make changes in the terms and definitions of their Share-Based Employee Benefits Scheme. The said companies would come under the purview of listed companies, which is why complying with the New SEBI ESOP Regulations would become necessary.

With the dynamic change in the markets and trends of hiring and retaining the workforce, the ideas and methods of the companies to reward their employees change. The new changes require flexibility, which is exactly what the objective of the New SEBI ESOP Regulations is.

It provides flexibility to the employees and the companies, to reward and provide perks to their employees in their wishful manner. Removal of the term “Permanent” from the definition would widen up the area and purview of the scheme to all the other gig workers and the contract non-permanent employees that work exclusively for the company.

The inclusion of the associate and group companies has helped in opening up the flood gates to a larger number of employees to the beneficial scheme. This would give relief to the group companies.

The NEW SEBI ESOP Regulations would help to keep up with the pace of changes in the cultures and needs of the ecosystem while providing the benefits and services to a larger workforce of the country.

[1]SEBI | Securities and Exchange Board of India (Share Based Employee Benefits and Sweat Equity) Regulations, 2021