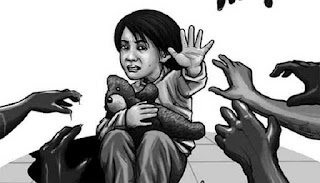 As per annual Crime in India report released by the National Crime Records, Ministry of Home Affairs, Government of India, 5,368 cases of abuse sexual assault were registered in 2009, 5,484 cases in 2010, and 7,112 cases in 2011[1], indicating a steady rise in sexual crimes against children and highlighting the need for a different provisions on sexual crimes against children in India.

The Protection of Children from Sexual Offenses Act (POCSO) and its guidelines went into effect on November 14, 2012, on the occasion of Children’s Day. A youngster under the age of 18 is referred to as a ‘child.’ The POCSO Act protects children from sexual assault, sexual harassment, and pornography while also defending the child’s interests at every level of the legal process, with a friendly-child framework in place for reporting, investigation, and fast trial through designated special courts. POCSCO imposes severe penalties, including a possible sentence of life in jail and a monetary fine. When someone in a position of trust or authority, such as a family member, a police officer, a doctor, a teacher, or anybody participating in child trafficking, the attack or abuse is punished under the POCSO Act. In 2019, the Act was updated to make it more effective in dealing cases related to sexual assault in our country.

POCSO law’s rigidity is being exploited

The Protection of Children from Sexual Offences(POCSO) is being misused and misinterpreted by many people. The idea behind this was to protect the minor girl from any sort of sexual abuses in the society, but it turns out to be used as a weapon by the family of minor girl by bringing over false cases under POCSO Act. The Act has turned out to be something and lost the purpose. The family of a minor girl is using this Act against her and her life. The Delhi High Court expressed concern of the “unfortunate practice” of police filling cases under POCSO act at the behest of the girl’s family who opposes her relationship, friendship and involvement with young boys. There are several cases where the family of the minor girl misuses the POCSO by filling cases on the young boys.

The POCSO,2012 also calls for the creation of special courts to hear such cases quickly. If we examine the data of cases filed with the court in this subject, as well as the statistics of the number of offenders convicted in the trial of the offence, we can see that The number is really small. “There are numerous Romeo and Juliet-like love storey situations, where there is experimentation but no exploitation,” a principal judge in Delhi who has dealt with POCSO cases explains the reason for the low conviction rate and the problem around it. It’s just plain attraction and affection. In such cases, what is the point of conviction?” “In cases of incest, the entire family becomes engaged in order to prevent the victim from testifying against the perpetrator. In these situations, police should proceed with caution and file a charge sheet as quickly as feasible. There is also the issue of where the victims should be accommodated.

Our children’s houses are in poor condition, resembling a prison centre. It is not a location where kids can receive a proper education, or where they can live in a healthy atmosphere.” Whatever he stated is a reflection of the society in which we all live. The following are some notable and recent examples.

·         Vijayalakshmi&Anr. v. State & Anr, the Madras High Court stated that punishing an adolescent boy for entering into relationship with a girl below 18 years of age was never an objective of this act. Justice N.Anand Venkatesh emphasized the issue on how the act is being misused against a youngboy who is relationship with a minor girl. A young man having full life ahead cannot be deprive of his liberty just because he is in relationship withaminorgirl.Section 6 of POCSO Actstates that “Whoever commits aggravated penetrative sexual assault shall be punished with rigorous imprisonment for a term which shall not be less than twenty years, but which may extend to imprisonment for life, which shall mean imprisonment for the remainder of the natural life of that person and shall also be liable to fine, or with death.” Now section 6 can apply to the actual offender  with rigorous punishment but what about a consensual relationship, where minor agrees to be involved in it, however no law is yet implemented it depends on the cases and its circumstances. In the above mentioned case the court observed that the victim was known to 2nd respondent and they were in love and ultimately the girl eloped with her lover because of the pressure she faced from her family.

•      Sabari v. Inspector of police, the court in this case recognised that the teenager may develop biological attraction and hormonal changes or it could be mutual innocence, no offence is committed. The court also emphasized how the offences are being slapped against teenager who fall victim to POCSO and suggested that the definition of ‘child’ in section 2(d) of POCSO should be redefined as below 16 years instead of 18 and also mentioned to make a provision which distinguishes bodily and sexual contact in a relationship of a girl below 16 years of age as punishable with 7 to 10 years of imprisonment. This liberal provision will stop the misuse against teenagers.The court also recognized the changing society and with changing society how these cases are being on the rise, thus we can say that the court observed the nature of the act and the circumstances of the present situation rather than taking a linear approach.

•      A Case in Wadala under POCSO ACT where family of the minor girl accused a adolescent boy for sexual assault on their daughter. The girl who was minor eloped with her lover and family was against her. The family first registered the case on kidnapping after few say after they were caught case under POCSO was filed. The girl the alleged that she was abused by her brother and registered a complaint against him. Later she admitted during the trial and cross examining that she went with her lover on her own and her brother was against this relation. So both the cases registered of sexual assault was false.

• If you’re looking for a “Consensual sex has been a legal blurred line because a minor’s consent cannot be considered valid in the eyes of the court. As a result, the law’s severity is being misapplied and, as a result, misused. While granted bail to a 21-year-old man charged in the case, Justice Subramanian Prasad commented.

The POCSO is an excellent piece of law. However, there are some flaws in the law that undermine its aim and must be addressed in order to fully implement the law. There is a need to change the act, and a differentiation between situations involving minor girls under the age of 16 and cases involving minor girls over the age of 16 must be made. It is important to amend this statute in order for it to fulfil its objective. Teens in relationships are a common occurrence in today’s culture, and those who are mature enough will receive parental support. Unfortunately, the children do not receive the support that they require from their parents. Instead, parents make it more difficult for children to have a normal existence. Understanding the society in which we all live is critical. Parents must understand that their daughter’s life can be ruined if she is abused. Any adolescent who is in a relationship cannot be severely punished. Even the family of a minor girl cannot sabotage the young man’s prospects by abusing the POCSO. In addition, in India’s laws relating to sexual intercourse, this act is gender prejudiced. As a result, POCSO must be redefined in light of current societal requirements and conditions.

Young kids are a nation’s most valuable asset, and it is the responsibility of the entire society to care for and nurture them. While the POCSO Act is a positive start in the right direction, there is a pressing need to enhance key aspects of its implementation as POCSO is being misused to settle Personal score. It is vital to have a cross-check of the complaint that has been registered under POCSO act.Our legal system has long been plagued by the abuse of even the most strict legislation to serve one’s own goals, which are almost always bad. POCSO has also shown to be no exception. However, the Act’s main goal is to create a clear foundation for dealing with the threat of child sexual abuse and bringing perpetrators to justice.

As long as crime exists, the law must be in place. Meanwhile, procedures must be developed and rigidly enforced to entirely abolish the threat of false allegations and the devastating repercussions that follow in order to ensure that the Act’s actual meaning and purpose are not lost due to its gross violation.

“Cultural and Social reason force parents to think that protecting a Daughter is more important than protecting a Son. Everyone is equal in the eyes of law whether son or a daughter.”

This blog is written by Aastha Prakash, 3rd year student of Ramaiah Institute of Legal Studies. Aastha has incredible writing and research skills. She has a deep interest in studying procedural laws, constitutional law and human right laws. She always keeps an eye for new socio-political development happening around.