Arbitration is a private method of dispute resolution. In arbitration parties agree to refer that dispute to an impartial tribunal consisting of one or more arbitrator, both the parties to the dispute represented by lawyers present their arguments in front of the tribunal, after listening to the arguments of both the parties the tribunal delivers an award, an award is similar to the judgment and it can be enforced anywhere in the world. 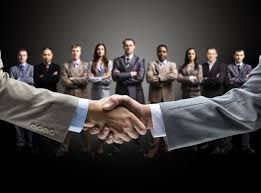 Long before laws were established, or courts were organized, or judges formulated principles of law, men had resorted to arbitration for the resolving of discord, the adjustment of differences, and the settlement of disputes. If the course of arbitration is traced through the centuries, it will be found in the most primitive society, as well as in modern civilization. Commercial arbitration was known to the desert caravans in Marcopolo’s time and was a common practice among Phoenician and Greek traders. A boundary line in dispute between the Genoese and viturians was settled by arbitration (117 B.C.), this decision having been recorded upon a bronze tablet unearthed near Genoa. There are also instances in which a third strong power compelled other powers to resort to arbitration.

Commercial disputes among two parties are traditionally resolved by courts, this process is usually time-consuming and expensive for businesses, there was also a perception that national court in their judgments would naturally favor the domestic companies over foreign companies, so the businesses around the world started to opt for arbitration as a private and anonymous method for dispute settlement. The fundamental aspect in the arbitration is the consent of the parties, both the parties have to agree to settle a dispute through arbitration, this is usually done by including a dispute resolution clause in the contract, ’Arbitration is a private dispute settlement procedure and it is based on party autonomy, the parties are free to choose the way in which they want to arbitrate the dispute, we can select the place of arbitration, the rules of arbitration and also the substantial and procedural laws governing the arbitration.’

Arbitration in India generally has been affected and will continue to be affected prejudicially by lack of clarity and consistency as to the legal principles and standards on which awards are given, in such, arbitration is liable to be imputed. We all know that the 1996 Act was to minimize the judicial intervention in a large area but the experience of the SAGA for the past 20 years has shown the decline to easily give up the supervisory jurisdiction. The 246 law commission which led to the 2015 Act, stated in quite clear and accurate words, it says, ‘ there is major deleterious defect resulting in the further erosion of faith in arbitration presiding among individual and businesses in India, a reduction in popularity of India as a destination for international domestic arbitration increased invest a concern among domestic and foreign investors about the efficacy and speed of dispute resolution and an incidental increase in judicial back laws.’ Why we are in this mess today and how it did happen. Begin with Renusagar judgment 1994, which was under the foreign award act 1961, and under section 7(1)(b), they first introduced the concept of fundamental policy of Indian law has been a component of public policy, while doing so, the court was cautious to say, there should be narrowly considered and there is not equivalent to the violation of statute law, there should be something more than contravention of law while doing that in 1994 the court held a fair up, embodies of the fundamental policy of Indian law. To add fuel to the fire, in 2003 came the saw pipe judgment which for a long time confirmed everybody because it brought in concept very close to administrative law concepts, patent illegality, violation of substantive law as part of the arbitrate review jurisdiction.

So, I say it with regret, that there has to be a far greater sense of discipline in courts in ensuring that with the intent of doing justice in individual cases. You do not lay down the doctrine of intervention which virtually makes it impossible to have an effective arbitral process in India. It’s time to have a very close hard look at matters, it’s not going to work if we carry on as we have been doing.
Image Source
Author: Pratyaksha, from IMS Law College, Noida.