Diplomacy to me is aimed at having an idealistic relationship between countries that interact with each other on wear and tear course, it is something which is in correspondence with the traditional and UN methods. For any country’s diplomatic relations, the following points play a major role: 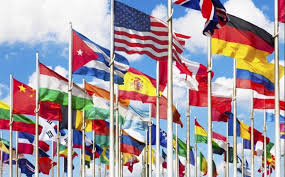 India historically has been one of the key players in world trade, be it Ashoka the great or the Mughal empire. India’s contact with the world decreased to a lot of extents after 1857 i.e. the proclamation by the Queen. Before 1857, the Brits took advantage of India’s share in world trade, which was more than 25% and when they left, it was decreased to around 5%.

India’s location is a prime geographical location, where currently, India supervises a major portion of the Indian ocean connecting the west to the east and also acting as trade intermediary with the landlocked neighboring countries. But the ocean was not much relevant till the 17th or 18th century because all the trade or invasion used to take place through the north-western frontiers. The seaports were developed extensively during the British period i.e. Surat, Madras, Bombay, and Calcutta. Let me acknowledge the fact that it is the Brits who developed the naval supervision system from Aden in the west to Malacca in the east.

The main reason for trade and invasions with or in India was basically due to India’s capability. India’s rich resources, minerals, arduous labor, etc. lured invaders to rule and reside in India.

India has always been a land of enchantment, land of peace, land of acceptance, land of a plural society, etc. The very idea of India, its national movement, Idea of Democracy, Federalism, etc. have helped India gain strategic relations with other superpowers.

A lot of Independent India’s foreign policy principles are a mixture of Idealism, realism, and liberalism. The main idea of Idealism in India is imbibed from its idealistic history following the principle of ‘peace & non-violence’ and the same was followed by the first Prime Minister Jawaharlal Nehru through his policies like NAM, Panchsheel, etc. It was also during his leadership when India became a successful Democracy outside the west, but being too Idealistic and his underestimation of the neighboring powers led to the 1962 war exposing Nehru to ignominy. It was after this event when India started to work on its Defence capabilities followed by Indira Gandhi’s hard-edged realism, then the economic liberalization policy by P.V. Narsimha Rao, followed by the Gujral doctrine and the continuation of the mixture of realist and liberal policies of diplomacy till today.

The success of Diplomacy:

As per my observation, a nation’s diplomacy is successful when the nation with whom it was trying to negotiate has agreed to a certain satisfactory level, provided the former had also agreed to the latter. There are various forms through which diplomatic relations are built, for example, intelligence cooperation, military relations, increase of IT database sharing, etc. These all things are as diplomatic and as equal as ambassadors shaking hands with each other. In simple terms, Successful diplomacy is where some kind of agreement, deal, or compromise is reached.

The starting point of the dialogue is History and Identity. This is something that determines that, had there been any sort of connection between the two countries or tribes or civilizations or forms of power, etc. These things generate representation, negotiation, and adaptation in the concerned Country’s diplomacy. Example: Indo-US relations, shared identity is Democracy and Federalism. Or Roosevelt establishing a relationship with Stalin around the War period, which subsequently turned out to be United State’s post-war strategy.

It is a situation where one has stopped conversing with the nation whom it ought to converse, because of certain conflict(s). Example- the recent Indo-China conflict. Nations should always look for progressive talks leaving behind the postulates of realism though economic sanctions are always an option.

To elaborate, failure of diplomacy also takes place, due to lack of ethics, here I would say that when 2 or more parties come towards each other with the aim of negotiating but then walking away with enmity or divisions and this is something that results to the beginning of failed diplomacy, it is to stop talking about “US”.

Even wars are a part of the diplomatic process, for example–the U.S. reaching out to the United Kingdom, western Europe, and the Soviets to defeat the other block i.e. Hitler.

Essentials that make a person a good diplomat:

After observing scholarly views from certain professors, I’ve come up with the following points:
1. Perseverance is important, meaning thereby that how much willing you are to perform a given task.
2. Patience is important, dealing with countries or heads of States requires a huge amount of patience.
3. Ability to take the risk, because sometimes one may come across a situation where one may feel counter-cultural. Thus, one would have to take the risk to understand and know the situation and the people.
4. The ability to negotiate is something that is necessary, a diplomat should be a strong negotiator and everything depends on timing.
5. One has to be creative, International relations work within a very well-organized diplomatic framework, where uniqueness holds great importance because some might be your friend but some might also be your ideological enemy or enemy of the Country. Example– democrats & republicans or India or China through ideology. So, one has to be unique & creative while negotiating with that particular country.

What role does an Ambassador play?

Ambassador is chief of mission. This person is the most important representative of the Nation-state to another country. Usually, the term “Plenipotentiary” is used for an ambassador, which means that a person is blessed with full powers by the nation-state. It is these powers, that enable them to conduct certain business transactions, not necessarily financial ones but diplomatic and political ones on behalf of their country. So, they must have a good representative and communicative role.

A classic example of this can be, the arrival of East-India company in India in the early 17th century and its slow and steady entrenchment of their presidencies and subsequently the proclamation by the Queen in 1858. This is a classic example of non-state centric diplomacy i.e. business diplomacy. It is also the same tactic that China uses namely ‘Cheque-Book policy’ by signing treaties through non-governmental and non- state-centric bodies.
Then on the other aisle, we see UN Climate Change Conference, NATO, SAARC, G7, G20, ASEAN, etc. These are situations where direct state actors are involved in the form of intelligence cooperation, military relations, etc.

The World has changed after the fall of the Soviet Union and the end of Cold War, there have been multilateral or bilateral talks between different countries, be it U.S. Global was on terror or the nuclear power-sharing between countries, the process of liberalization has helped many nations to become a global dominant member. Example– India’s mission to the United Nations or the Indo-U.S. deal or the internationalization of the Solar Alliance initiative by India are evident results of what we term as ‘Diplomacy in Action’

The future of Diplomacy:

The following are the futuristic policies derived from certain theories given by scholars:

Specific matters of national or international importance are or will be dealt directly by diplomats like Atomic/ Nuclear power-sharing, military intelligence, etc.

Countries will stand as 1 on the international economic stage though there might exist bilateral agreements.

Equal weightage to each country, for example– equal voting rights to each member at the United Nations, this would benefit the proper allocation of resources and would encourage liberalized diplomacy.

As I’ve said earlier, less role of the Government but the Government will exercise powers through non-governmental organizations, multi-national companies, and other business models.

Keeping in consideration the post-COVID world with the aforementioned points, it is observed that there’s a smell of ineffable imbroglio. A smell of a new Cold War between the U.S. and China. This is a classic example of how diplomacy has improved between the U.S. and India after the attack of 9/11 because India and the United States share the same identity. Meanwhile, it is also pertinent to note here that under Trump administration the U.S. has continued to withdraw its troops from the world leaving a gap in the global power and it is that vacuum that the Chinese are trying to fill through economic modus operandi, and through asserting claims on different territories. Now is the time when we’ll see how diplomacy works, wins, or fails.