The law of succession defines the rules of devolution of property in case a person dies without making a Will. These rules provide for a category of persons and percentage of property that will devolve on each of such persons. 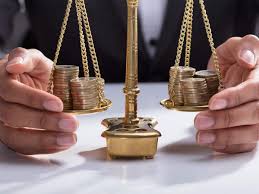 When a person dies without a Will or intestate in legal terms, the appropriate succession laws come into effect for the transfer of assets held by the person to the legal heirs. Succession in partition or redistribution of property are generally governed by many rules. These rules are based on the will of a deceased person. But there are cases where there is no will and eventually needs some broadly accepted rules upon which the property shall devolve upon those succeeding him. These rules are covered under Hindu Succession Act, 1956.

Section 8 to 14 deal with the same laying down certain rules of succession when a male hindu dies intestate. Section 8 lays down the classes of the heir and it;s legal order. These rules are to be read along with the Schedule as well as other Sections pertaining to the same (Sections 9 to 13).

The word ‘widow’ mentioned here is a lady who is validly married under the provision of the Hindu Marriage Act, 1955 and who has acquired the status of widow by virtue of her husband. If her marriage with a person is void under law, on his death she would not get the status under class I of the schedule of the Hindu Succession Act, 1956.

According to this Section, Class I heirs may be termed as preferential heirs of the intestate because the property first devolves upon them on the death of the intestate. All the Class I heirs succeed simultaneously and there is no question of any preference or any priority among them. However, when there is no Class I heir, the property devolves upon the Class II heirs enumerated in the Schedule in the nine Entries.
In the absence of heirs of Class I and Class II, the property devolves on the agnates and cognates of the deceased in succession. Now, one person is said to be the agnate of the other if the two of them are related by blood or adoption wholly through the males. Agnates is a relation, who is related to the deceased wholly through MALES. There must be a male in the start of each line of relation. Hence, it will be held as Agnates.

For Example: son, Son’s son, Son’s son’s son, son’s daughter, father’s mother.
Similarly, one person is said to be the cognate of the other if the two of them are related by blood or adoption, but not totally through males, i.e. there has to be some intervention by a female ancestor somewhere. Meaning, The relations in which, when a person is related with the deceased through one or more female links, the relation is said to be as COGNATES.
For Example: daughter’s son, sister’s son, sister’s daughter.
One more thing to note is that when a hindu inherits the property from his father under section 8 he takes it as his separate property and not as joint family property vis-a-vis his sons; [1]Commissioner of wealth Tax v Chander Sen, AIR 1986 SCC 567.
In Tukaram Genba Jadhav v Laxman Genba Jadhav, it was mentioned that the property in section 8 also includes agricultural land.

SECTION 12, Order of Succession among Agnates and Cognates

Before the Hindu Succession Act, 2005, “Section 24, laid down that a widow shall not be entitled to succeed to the property of the intestate, if it is known that she has remarried, when the date of succession opens.” This provision was omitted and therefore, remarriage by these widows is no longer a disqualification.
Image Source
Author: Ashi Singh, Law Center 1 University of Delhi