Dumping is usually perceived as ‘cheap/low priced’ imports. However, this statement is not enough to define dumping as a concept in international trade. In the legal arena, dumping means when a country or company exports a product at a price that is lower in the foreign importing market than the price in the exporter’s domestic market. Thus, we can infer that the price is relative to the normal value when a product is exported to another country and is not absolute. Also, we can say that it is a form of price discrimination as the price of a product is lowered in a foreign market to a level that is less than the price paid by the domestic customers. This exercise is intended to strive for a competitive advantage in the importing market.[1] 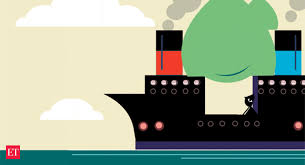 To identify dumping, a series of complex analytical steps are required to determine the befitting price in the market of the exporting and importing countries (“normal value and export price”) to be able to undertake a proper comparison. Illegal trade channels like smuggling do not fall within the purview of anti-dumping measures.[2]

Article VI of GATT and the Anti-Dumping Agreement:

Article VI of General Agreement on Tariffs and Trade (GATT), 1994 authorizes the imposition of a specific anti-dumping duty on imports from a particular source, above bound rates, in cases where dumping causes or threatens injury to a domestic industry or significantly slows down the establishment of a domestic industry. Bound rate is the maximum rate of duty (tariff) that can be imposed by the importing country on an imported commodity. The countries obligate a ceiling on customs duties (tariff) on a certain number of products.

The Agreement on Implementation of Article VI of GATT 1994, is known as the Anti-Dumping Agreement. It further elaborates on the basic principles assigned in Article VI itself, to govern the investigation, determination, and application, of anti-dumping duties. [3]

The UR (Uruguay Round) Agreement:

Under Article VI of GATT 1994 and the Anti-Dumping Agreement, WTO Members can impose anti-dumping measures, if, after the investigation in compliance with the Agreement, it is discovered that
(a) dumping exists in the given case,
(b) the domestic industry producing the product in the importing country is suffering a material injury, and
(c) there is a causal link between the two.
The Agreement lays down detailed procedural rules for the conduct of investigations, the imposition of measures, and the duration and review of measures.[4]

Due to the decrease in tariff and non-tariff barriers, unfair trade practices and sudden surges in exports continue to be prevalent. Thus, anti-dumping, anti-subsidy, and safeguard measures are increasingly becoming the rescue tools of member nations to protect their domestic industries against unfair trading practices. Among these, the anti-dumping duty is the most frequently used tool for the protection of the domestic industry. The government imposes anti-dumping duty on imports when it believes that the goods are being “dumped” in the domestic market. Anti-dumping duty is imposed to protect local businesses and markets from unfair competition by imports.

The use of anti-dumping measures as an instrument of fair competition is permitted by the WTO. It is an instrument for ensuring fair trade. It provides relief to the domestic industry against the injury caused by dumping. India has emerged as one of the frequent users of anti-dumping measures in recent years. An anti-dumping investigation calls for strict scrutiny of information and involves on-site verification of information to the extent necessary. Being a quasi-judicial authority, the Designated Authority at the Directorate General of Anti-dumping and Allied Duties (DGAD) under the Ministry of Commerce, also hears the parties orally, in compliance with the procedure prescribed in the anti-dumping rules. The investigations are demarcated in fresh as well as review investigations. In fresh investigations, the authorities pertain to cases in which no anti-dumping duty was in force.
Whereas, review investigations entail of either mid-term reviews or sunset review and pertain to cases in which an earlier anti-dumping duty is in force. The anti-dumping duties once imposed may remain in force for five years and are extendable for another period of five years through sunset reviews. The suggestion of any anti-dumping duties by the Designated Authority requires approval by the Central Government to affect dumped imports. The legal framework also provides appeal provisions that permit the aggrieved party in an investigation to approach the Customs, Excise and Service Tax Appellate Tribunal (CESTAT) upon imposition of duties by the Central Government.

Given the changes in technology and market dynamics, it has led to complexities in anti-dumping investigations, hence requiring more comprehensive and in-depth analysis to address various issues.[5]
The areas which have seen significant levels of complexity are:
a) Determination of “Product Under Consideration” and “Like Article,”
b) Determination of “Domestic Industry” and “Standing,”
c) Determination of “Individual Margins for Exporters/Producers,”
d) Confidentiality Aspect

The most important issue involving PUC is establishing technical and commercial substitutability. Two products may look different in terms of technology of production or design or style or quality, but they are” like the article” as long as they can be functionally substitutable and replaceable in the market, due to similar end-use and comparable cost and price.[6]

2. Determination of the Domestic Industry and Standing:

The anti-dumping investigation to determine the existence, degree, and effect of any alleged dumping can be initiated upon receipt of a well-substantiated and written application or on behalf of, the” domestic industry.” The applicant can either be single or a group of domestic producers or an association representing such domestic producers. The Designated Authority examines the relationship between the magnitude of imports and the circumstances under which the applicant industry has taken recourse to import the goods from the domestic country. The authority also examines whether the applicant domestic producer is directly or indirectly related to the concerned producer or exporter in a foreign country.[7]

3. Determination of individual margins for exporters/producers:

As stated at the beginning of this article, to identify dumping, a series of complex analytical steps are required to determine the befitting price in the market of the exporting and importing countries (“normal value and export price”) to be able to undertake a proper comparison.
The issues around the determination of individual margins for exporters/producers have escalated, as companies often seek individual margins without providing information about channels involved in the production and export of goods to India. The determination of individual margin has grave consequences and any error can render the entire duty meaningless. A comprehensive and consistent approach to such issues must be an area of focus.[8]

Confidentiality remains an issue between stakeholders involved in an investigation. Compliance with the following principles must be taken into consideration;

Thus, the Officers face multitudes of challenges, ranging from a reliable technical and commercial understanding of the product. The Designated Authority is vested in with the responsibility to ensure that no abuse of the anti-dumping process takes place wherein the remedial effects of the anti-dumping duties are easily eroded. Anti-dumping investigations are intricate, demanding, and time-consuming.[10]

1 thought on “Challenges in Anti-Dumping Investigations in India”