India is a country which has an increasing rate in protest. The question which is mostly raised in this context is, who have the right to do so. The absence of expressed provisions which provides the right to protest makes the topic more confusing. There are also situations in which authority takes action against some and some are allowed to protest. This contradictions makes the topic more uncertain. This is the topic which we look in detail 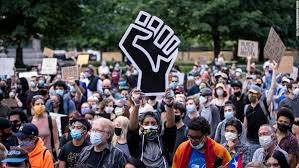 India is a country which witnesses enormous number of protests every year.[1] It’s to be noted that between 2009 and 2014, 420000 protests held in all over the country. That is 200 protests every year and in every 5years it increases up to 55%. India is a democratic country where people, through votes elects their own representatives where the majority wins. In such a condition the minorities only has an option to protest whenever their rights are desecrated. The fundamental rights of speech and expression, to form association, assemble without arms are provided in order to keep a check on the rule makers who doesn’t value the needs and wants of society and makes the people a watch dog. This protests make them accountable for the things which they are executing. Even though there is a right to protest still there are reasonable restrictions imposed by law on this. This restrictions ensures that the rights of the other people are not violated due to this protests.

The right to freedom of speech and expression is a fundamental right which is guaranteed to all citizen of India under Article 19(1) (a). It’s one of the most powerful weapons which can be used to express one’s own opinion without fearing others. Even though India is a democratic country and it’s for the people, by the people and of the people there are times in which the rulers or government takes autonomous decisions which would affect the minority sections. As they are minorities exist and the country is ruled by the majorities the only way to put forward the needs are to protest by the minorities. The elected representatives should remember one thing that is, while the majority which can be 51% becomes the rulers, there are also minority sections may be 49% of people whom also have the same rights as of others.

There are also instances in which the people who express their own opinion were considered to be anti-nationals.[2] Justice Deepak Gupta ruled that “A dissenter is not an anti-national. The right to speech and expression is very important in case of a democratic country. As the powers are held by the people whom we have nominated and elected in order to ensure our needs and wants, it’s a citizen’s duty to keep a check on the works, to criticize, and to openly express the disregard to the activities. This will helps the country to maintain its balance and to make them aware that there are people who keeps an eye on them which will help them to work in a democratic manner.

[3]The right to speech and expression is also enshrined in various international laws like Article 19 of Universal Declaration of Human Rights, ICCPR Article 19, ICERD Article 5 this shows that how important is to express every ones opinion.

Even though the right to speech and expression is a fundamental right it also have some reasonable restrictions which is provided under Article 19 (2) of Indian Constitution. [4]It says that the speech can be restricted under the heads like, state security, public order, contempt of court, decency and morality, sovereignty and integrity of India and friendly relation with foreign state.

Article 19 (1) (c) of Indian constitution guarantees the right to form associations but this must be for lawful purpose and without arms. This is one of the way in which we can ensure a democratic society. As everyone knows unity is strength, through such united associations people can attain the rights and needs of them. This assemblies includes marches, protest, pickets and so on. There are instances in which people could attain their goals through this united activity which were refused for them when they were alone. This associations ensure the public participation in the governance and always reminds the law makers, executives that there are people to raise voice against them.

But no one can use this rights arbitrarily. [5]Article 19 (4) keeps reasonable restrictions on the right to form association in order to ensure morality, public order, sovereignty or integrity.
[6]Universal Declaration of Human Rights in its Article 20 (1) speaks about the right to peacefully assemble and to associate. Similarly Article 21 and 22 of ICCPR, International Covenant on Economics, Social and Cultural Rights Article 8, General comment 25 of Human Rights Committee speaks about the same. This shows how important is the right to form association is to balance the stability of society and make commons a part of activities done by the government.

IS RIGHT TO PROTEST A FUNDAMENTAL RIGHT?

While going through the fundamental rights which is guaranteed under Indian Constitution a person may confuse themselves because of the non-availability of the right, which is the right to protest. Even though it is not expressly provided, it’s implied in the right to speech where a person can express freely their disregard to any opinion or actions by any other, even to the law maker. The right to association doesn’t only means to form club, go to picnics or gather for functions these provides us the right to join together against any evil which harms and against the society. So even though it’s not expressed but the right to protest is implied in the fundamental rights which is provided under Article 19. One of the most recent example can be the protest which took place in most part of our country against the Citizenship Amendment Act. It’s the instance in which most of the people expressed their repugnance against the act.
As any other fundamental right the government can also impose reasonable restrictions for these protest also which are laid down in different cases.

SIGNIFICANCE OF RIGHT TO PROTEST:

Why the right to protest in an ingrained aspect of democracy? It’s because the citizens are informed. When we have informed citizenry we have the constitutionalism which is the principle of limited government. That is, if the government going beyond the principle of constitution and stripping away certain rights then, these informed citizen can question the government through a protest and it must be without arms. It will increase the accountability of government as it comes under the control of people and people can question them.

[7]In this case the Supreme Court clearly said that democracy and dissent goes hand-in-hand, all the demonstrations that taken by the people have absolute right. But these protest have to be taken in the designated place. Court also said that the right of commuter also have to be protected. As the protesters have the right, even the travelers have the right, so both have to be go together. That is ones right cannot be violated by others.

As other fundamental rights, there are reasonable restriction to right to protest also. It’s not an absolute one. While protesting the right of others shouldn’t be violated, the protest must be peaceful and without arms. If they violate the rules in such cases the government can impose restrictions to protest also.

In this case Supreme Court stated that citizen has a fundamental right to assemble and peaceful protest. This cannot be taken away by an arbitrary executive or legislative action. So it’s understood that the right to protest, to publically question government and to make them answer is a fundamental political right which flows directly from Article 19 of Indian Constitution.