The idea of res gestae has risen out of the belief that specific acts or statements, which may somehow be superfluous and inadmissible, may be admitted as evidence because of the very circumstance wherein they were committed or expressed. This doctrine is basically used to admit a conceivably inadmissible piece of evidence so as to give meaning to an occasion. 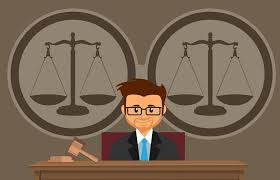 The statements that form part of res gestae are frequently admitted as evidence despite the fact that they may be hearsay and the reasoning behind this is that human nature is to such an extent that sometimes the words uttered and actions done are so intertwined with one another that it gets hard to see the action in total isolation and doing so may prompt premature delivery of justice. Consequently, such statements were pronounced to be a piece of res gestae and an exemption to the hearsay rule.

The doctrine of Res Gestae was first seen in the case of Thompson v. Trevanion in 1693, in which it was held that declarations that accompany an act are receivable in clarification thereof. But this doctrine did not begin to develop until the case of Aveson v. Lord Kinnaird, in 1805, when it had begun to be freely used and since the middle of the 1800s it was made possible to state that this exception was substantially settled. In another case R v. Bedingfield, Justice Cockburn held that a res gestae statement cannot be made after the transaction. The decision was overruled in the case of Ratten v. R. wherein it was expressed that a res gestae statement may even be made immediately after the transaction. By this decision, the scope of this doctrine was further enlarged in the common law.

Test for Applicability of Res Gestae-

There are certain tests for the applicability of the doctrine of res gestae. The first test states that if there a connection of cause and effect or vice versa, i.e. a connection between the fact in issue and the fact which is expected to be provided as evidence, at that point that fact can be said to form part of the same transaction as the fact in issue. This particular test, however, is not much value as every event is the collaborative effect of incalculable effects.

The subsequent test proposes that facts connected by the proximity of time and place would fall under the section. Most likely facts occurring at about the same time and place can be treated as firmly connected and hence significant under the section. Although, this may not be sufficient, as the section itself contemplates the chance of facts happening at various occasions and places, being associated with the fact in issue, in order to form part of the same transaction.

The third test provides that there ought to be a continuity of purpose and action going through the fact in issue and the fact of which evidence is to be given. This is considered equally invaluable as it only substitutes one unclear expression for another.

Earlier, the doctrine of res gestae was fundamentally used in cases related to murder. But the courts gradually expanded the scope and included cases related to domestic violence, child witness etc. Understandably, a woman may not respond immediately after the offence such as rape or sexual violence. She might react after a day or two but such statement can still be admitted under res gestae if it is proved that the victim was still under the state of shock.

When it comes to children, their testimony is often subjected to a matter of debate. Generally, whenever there is a delay, the transaction is said to end and any statement which does not form part of the transaction is considered to be inadmissible. But, whenever the case involves children, this rule is relaxed. The reasoning emphasizes how they cope with stress because their statements are mostly made well after the happening of an event at the first safe chance to speak.

In the case of Uttam Singh vs. State of Madhya Pradesh, the child witness was sleeping with the deceased father and was awakened by the sound of the axe’s fatal blow to the deceased’s neck. While seeing it, the child shouted to his mother for help by calling the accused as the attacker. Upon witnessing the sounds, the child’s mother and sisters and other witnesses assembled at the spot. This evidence was admitted as a part of the same transaction. In this situation, it could also be admissible under section 6 if the child witness failed to respond on the spot but spoke later.

In the case of Shyam Nandan Singh v. State of Bihar, the deceased and her mother went to a field where the accused prevented them from cultivating crops and cut the throat of the deceased who had raised an alarm. The mother of the deceased recounted the events to the people who had assembled because of the alarm and went with them to lodge an FIR at the local police station. The mother eventually passed away before she could be examined. As it was filed by the mother who had witnessed the events, the question before the court concerned the admissibility of the FIR as res gestae. The court decided that under the provisions of Section 6 of the Indian Evidence Act, 1872 the FIR is a relevant fact. It was also noted that, since the individual who lodged the FIR in the instant case passed away before she could be examined, the FIR must be used as substantive evidence. Since the general rule is that FIR can only be used as a corroborative piece of evidence, this cannot be accomplished. Therefore, the court allowed the appeal and acquitted the accused. In addition, the doctrine of res gestae is usually extended to acts done or statements made. The court also made way for an extension of the application of section 6 of the Indian Evidence Act, 1872, by bringing an FIR under its purview.

In a general sense, when evidence cannot be taken under any provision of the Indian Evidence Act it is taken under Res Gestae. The purpose of the lawmakers was to deter discrimination where, due to lack of evidence, trials are dismissed. For its nomenclature as well as its ambiguity, the concept of res gestae has been criticised. However, the vagueness and lack of clarity, when looking at from a certain perspective, empower the courts to pass judgment on each case on its own merits. It has also been seen that the scope and horizons of the doctrine have widened over time. In a way, this unique pattern justifies the legal reasoning for the provision and may also be beneficial for the general realisation of the ‘justice for everyone’ which is a constitutional objective and has also been subtly outlined in the preamble.