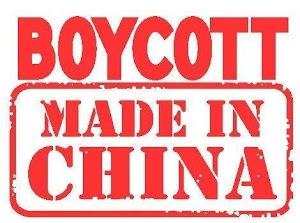 India and China have a history which goes back to 2000 years with ancient civilization. 2020 marks 70 years of diplomatic relationship between China and India. The basis of this relationship was maintenance of peace and tranquility in the areas of distress. China has always been dominant in establishing their place globally. China joined the WTO (World Trade Organization) in the year 2001 with a view of liberalizing its economy. China has benefited a lot in the past 20 years with the misuse of WTO; made in China products are available across all the countries in the world. Although China allows export of their own products, it doesn’t allow the largest hubs of the world to enter its realm. Various companies like Facebook, Google, Amazon, YouTube have been denied access within the territories of the country. China instead pilfered and copied the technology of such companies and created copycat clones within their own country.

The dumping strategy of China has caused enormous losses the local industries of a country. Now what is this dumping strategy? Dumping is a method where one country exports its product to another country at a very low rate in comparison with the normal price injuring the local industries of the exported country. The guidelines and policies of WTO forbid the dumping of product strategy. The dumping pricing policy allows an increase in the market shares and gain monopoly in that industry, eventually taking control of the particular industry of that country. Due to the unfair trade practices, IP theft, dumping and various other unethical means of business and trade, Donald Trump had declared a trade war against China in the year 2018 by increasing the tariffs on imports goods to prevent China from harvesting the benefits. It happened on 6th July 2018 when the United States imposed a 25% tariff on the goods imported from China.

The debt trap diplomacy is an extension of credit to a developing country with an intention of siphoning economic or political concessions from that country on failure to repay the debts. China has been trying to grow up its economy with this strategy. The biggest victim here is Africa, where China is a major stakeholder. China has funded several infrastructures in the African countries which were necessary and needed for the development of the country. When the country fails to repay the debts, China demands payment in the form of jobs, natural resources, etc. Countries like Nigeria, Zambia, Republic of Congo, Egypt, Latin America, Southeast Asia, Central Asia and Europe etc are all victims of China’s debt trap where China has juiced several projects worth billions. In the year 2017, Sri Lanka was forced to lease out the Chinese state-owned China Merchants Port Holdings Company Limited on a 99 year basis lease.
This created tension and the neighboring countries as the port can be used as a Chinese naval base. In Laos, China is funding a high speed railway project which costs half the country’s GDP. Beijing has caused debt repayment for 77 countries, 40 of them are located in the African continent. Beijing’s debt claim stood at well over 5 million US dollars, a major portion of which is now going to get compromised. India has not currently entered into any loan agreement directly with China but is a loan bearer of the Asian Infrastructure Investment Bank (AIIB) where China is a shareholder of 26.6%(voting rights) whereas India comes second with the voting rights of 7.6% among the other countries. The Belt and Road initiative also known as One Belt, One Road(OROB) has been started by China in the year 2013 in order to enhance trade and build its connectivity with the rest of the world.

THE TENSION BREWING BETWEEN INDIA AND CHINA

Have the Chinese invaded the Indian Territory? The border between Chinese occupied Ladakh and India is called LAC (Line of Actual Control). The line of LAC is not clearly defined and LAC cannot be termed as demarcated, unlike LOC. The claims of both the countries regarding the line of actual control vary as both the countries have different perception about where the LAC actually lies. The area falling between the claimed areas of LAC is called the Grey Area. Grey Area is referred to as the Area of Differing Perception (ADPA).
There is generally no habitation or residents in the grey area, and was only patrolled by the Indian army and the Chinese army respectively. The incident happened due to the conflicts and clashes between the two armies during the time of their patrolling. India claimed that they had been surrounded and enveloped by the Chinese troops. On 5th May, 2020, the Chinese troops have invaded and reached till finger 5 (F5) of the Pangong Lake (Chinese boundary till F2) which cause the dispute in the “finger” area of Ladakh. The second conflict took place between 10th and 11th of May, 2020 where the Chinese troops reached finger 4 and the fight broke out between the Indian and Chinese troops in which 11 people were injured. But the fun fact here is that the intrusions of the Chinese troops did not take place in one but three different places. It was known that round 4000-5000 Chinese soldiers have occupied the area between finger 4 and finger age 8. The next was followed by the situation in Galwan valley.
The Galwan valley area provides domination and yields a lot of benefit to the Chinese soldiers on the military front. The intrusion in Galvin is considered the most dangerous as it provides strategically beneficial position as one can overlook the road, use artillery and cannons and even stop India from using the road. Unlike the situation of the Pangong Lake, the Galwan river valley has no grey area and the Chinese soldiers have actually encroached the Indian Territory by crossing their own claimed line. The third region is the hot springs Kongka pass area. According to the sources of the Indian army, infiltration in the Kongka pass area is only to divert the focus of the Indian soldiers as there is no strategic benefit by encroaching that area. Neither do the Chinese soldiers have much access to the land nor is there any military benefit in the Kongka Pass area

The trade between India and China is extremely imbalanced. In the year 2017-2018, goods worth 70 billion dollars where imported in India from China whereas the goods exported to China from our country was only 16.7 billion dollars. This graph kept on increasing gradually making India completely dependent on China. 76% of the Indian market comprises of Chinese smart phones. 65-70% of the pharmaceutical products are imported from China. 45% of the electronic goods are also trucked from China. In 2019-2020, the exports and imports add upto 9% and 18% respectively. India exports the raw materials to China’s manufacturing units, whereas China delivers the final products with higher value added.

Apart from the trade dependency issue, the ongoing pandemic situation held a critical lens on the boycott China movement. Recently the government banned 59 Chinese apps such as shareit, shein, tik tok. The prime minister also urged the people to support local business and in order to promote them started a ‘vocal for local’ campaign. Several Boycott China campaign has started due to the careless act of the Chinese Government. The main reason of boycott includes the mismanagement of the Government regarding the Covid-19 pandemic and various reasons like low quality products, tension in the border, human rights issues etc. The Government even asked the online selling companies to put the label of the origin country on all its products.
The “Boycott China” campaign may not exempt the Chinese Indian trade completely but has shaken the trade and commerce between the two countries. The campaign was said to be started in order to teach China a lesson regarding its immorality and dereliction. According to the United Nations Conference on Trade and Development (UNCTAD) data for 2018, 15.3% of India’s imports are from China, and 5.1% of India’s exports go to China.
China’s imports from India are less than 1% of its total imports. This may impact our economy to an extent. This initiative is likely to affect the poor. For instance, if this Swadeshi movement starts holding a place then the rich people will be able to buy those higher priced goods. The poor on the other hand will be directly affected. By banning their products or avoiding them, Indians will be hurting fellow Indian retailers. The burning of TVs and handful Chinese products will not affect the Chinese.
Indians have to see the bigger picture here. By doing this it only harms the retailers and distributors. A ban on the imported products will hurt all the businesses altogether when they are already struggling to survive, apart from hitting India’s ability to produce finished goods. China is the largest trade partner of all the countries and is termed as World’s Factory. Various companies like Zomato, Paytm, OYO, Swiggy etc are all Indian companies but some percentage of these companies are owned by the Chinese. These mentioned companies provide jobs and benefit to the Indians but also the profits made by them are shared by the Chinese. Hence, the complete boycott of such companies will definitely affect China but will affect the Indian economy on a larger scale.

The happenings on the side of the border are most unfortunate but turning it into a complete boycott of Chinese products is impossible. The Indian economy is already set to contract in fiscal year 2020-2021 but has been interrupted due to the Covid-19 pandemic. The Government has planned to impose licensing requirements for import of goods from 20 sectors. According to various sources it has been revealed that India is also looking to hike customs duty on imported active pharmaceutical ingredients (APIs) by 10-15 per cent. The government of India has also incurred rules to provide ceiling preference to those companies whose goods and services have 50% or more local content in order to promote Prime Minister’s “Make in India” campaign in order make the country self-reliant. But starting a Trade war with China will be absolutely vague and will not bear any results.