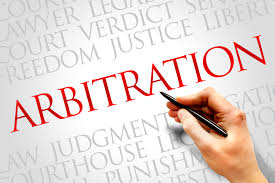 Arbitration has emerged as a solution for the pending cases as a dispute resolution forum. With that in the trend, also the courts, who are suffering take the favour of the arbitration procedure, they are active in the enforcement of the arbitration clauses.[2] The courts are supporting and promoting the policy of ‘minimal interference’.[3] The size of any organization does not ever stop them from having a Intellectual Property Portfolio, where everyone are involved in some type of licencing agreements. The role and indulgence of intellectual Property has been increasing in the global spectrum, as a result arbitration, due to its rapid resolution of the disputes is gaining the importance that it deserves.
The Supreme Court in Booz-Allen & Hamilton Inc. v. SBI Home Finance Ltd. Had discussed about the dimensions of arbitrability, giving 3 facets.
1. Nature and subject matter of the dispute i.e. if can be solved by arbitral tribunals or fall under the court jurisdiction.
2. The list of disputes should include specifically the dispute to be solved by arbitration
3. Identification of the dispute in the arbitration joint list
The dispute arising out of rights in personam[4] are acceptable to be arbitrable, even if are a subset of rights in rem and not which arise out of rights in rem.[5] The primary nature of the IP rights is right in rem, with that attached is also a minute presence of right in personam (licencing agreements or enforcing IPR). The farrago continues in this matter.
April 12, 2016, Eros International Media Limited v. Telemax Links India Pvt. Ltd. Bombay High Court held that disputes arising out of breach of contractual terms of licencing or any other are arbitrable. It shouldn’t be held directly that non-arbitrability of IP rights is equal to non-applicability of all the IP disputes in arbitration.
Similarly, October 13, 2017. Lifestyle Equities Cv vs Qdseatoman Designs Pvt. Ltd. Madras High Court observed that patent licence disputes are arbitrable, except when it is in respect to the validity of the patent. Arbitration is an effective method to resolve the disputes arising out of Intellectual Property and Standard-Essential Patent (SEP) licensing agreements. The objective of using arbitration for the objective of resolving IP disputes, is that the efficiency in terms of time period and the speed with which it resolves the dispute.
The nature of the Intellectual Property disputes is such that they are highly technical and analytical in nature[6]. The parties in disputes are allowed to choose their arbitrators freely who will perform the arbitration process. It will have benefit of ensuring of the panel that has the knowledge of the domain of dispute. When the clauses of the selection of such arbitrators are drafted, the qualifications of the arbitrator can be included with other requirements so that the resolution process is faster and efficient.
The confidential and sensitive information which is kept secret and confidential in the arbitration process, consists of high-stake trade secrets, proprietary rights over technology or intellectual property[7].
The other side which is litigation is not trustworthy and the secrets and sensitive data is not secure. The disputes come with negative publicity, as the firms and corporates have a fundamental weapon with them which is their goodwill and reputation which is prevented from harm in arbitration. Litigation is famous for its multiple proceedings and delay in the decisions, in arbitration, a single proceeding will resolve the dispute which will increase the predictability and preparatory phase of the parties. Once the final decision is taken and awarded, the decree holder has to divert or rather concentrate on the following of the relevant award rather than other litigation process. The additionary benefit is that whenever the arbitration clause is ben drafted it should be checked for the arbitrableness of the clause.
The crucialness of the clauses dealing in the scope of arbitration, the legislations which control the arbitration and the qualifications, at the time of draft making of the arbitration clauses in IP and SEP licensing agreements. As held and discussed in Booz-Allen & Hamilton Inc. v. SBI Home Finance Ltd, regarding which 3 facets were discussed, and that the clauses should include, the ones which cover all the claims in the issue, as the drafting which is mediocre in its approach ends up in the hands of litigation. The sides or parties which are included in the case are free to select their rules of arbitration proceedings. This is because there are certain institutions which have specially created rules and regulation which are specifically for Intellectual property.

The parties are free to choose their own rules which control and procedure of the arbitration[10]
The freedom to chose your own arbitrator is helpful as the importance and requirement of the arbitrator who is well versed with IP laws, SEP and fair, reasonable and non-discriminatory (FRAND) practices.

The situation in which the licensee has acted beyond the limit and scope of the agreement of licencing of patent, the defence which will put will be the following:
1. Approaching Intellectual Property Appellate Board (IPAB) with the objective of the revocation petition u/s 64 (1) Indian Patent Act, 1970.
2. Filing a counterclaim in the infringement suit
The tribunal cannot decide on the defence put up; it is the IPAB which will decide the same. Regarding the counterclaim, the high court alone can be taking it into its control. This is a problem for the respondents because they would not have a wide scope, rather will have a limited scope in their defence in the arbitration. The arbitration will be superfluous even if hypothetically they get the opportunity.
There are two ideal types in the field of arbitration for India, one is of Hong Kong, the other is of Switzerland.
Hong Kong – Any dispute (infringement, ownership, validity enforceability, scope, duration, transaction, compensation) is arbitrable which is related to Intellectual Property Rights. The third parties are not subject to any awards, only the party in disputes. In case if he disputes is between a party and a third party then the award will not affect the subsequent proceedings.
Switzerland – The capability is both, the infringement and invalidity disputes is there. The award in which it is declared that the patent is invalid then, it will be under the Swiss Institute for Intellectual Property Rights[11], the same manner as a judgment or order to the same effect. There is a practice of prejudice against the third party which was not involved in the proceedings of the arbitration.
The empirical side will be chosen by India and will boil down to the model of Hong Kong, keeping the third parties outside.
India has no bar on the arbitrability of the disputes of the IPR. There is a surety that the IP licencing disputes are bound to arise, in such case arbitration is the most comfortable and relevant method of resolution. It has proved itself as the apposite substitute for the litigation method which has a lot of downsides. The problem of handling multiple jurisdictions is been solved by Arbitration. Though there is an option that incorporation of clause of arbitration in the licencing agreement after the dispute, it is advisable and wise to incorporate it at the time of the negotiation of the agreement. Which helps the parties to be intact to the arbitration method. As the field of arbitration, especially on the IPR side, is emerging in its full potential, countries, especially like India should try and improve and adapt to the new method of resolving disputes as India is full of talents and potential. The method of arbitration should be used more and more to improve and polish in the same, the young lawyers and the experienced policy makers can merge themselves and make this happen.