In India, Public Interest Litigation emerged as a developing mechanism in the domain of environment protection. In environmental litigation, the parties that are affected maybe an unidentified or a diffused mass of individuals and the violation of a legal right of a single individual would be difficult to establish. Before the 1980s, the locus standi in writ jurisdictions only included petitions from an individual who has suffered a violation of his/her protected legal right or interest or is likely to suffer such violation, thus no other person was entitled to represent an aggrieved party as such a person would not possess the locus standi to institute a petition. But with the advent of Public Interest Litigation through the reports of the Committee on Legal Aid presided by Justice P.N. Bhagwati and Justice Krishna Iyer brought about a new development in environment oriented jurisprudence. 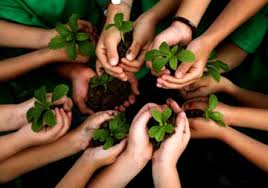 The relaxed procedural rules under PIL can be invoked in cases where the plaintiff is seeking enforcement of the constitutional or legal rights of those persons or group of persons who by reason of poverty, disability or due to socially or economically disadvantageous position find it difficult to approach the appellate courts for redress.[i] Thus PIL is referred to as the strategic arm of legal movement and is an easy “access to justice” for the re-enforcement of the violated human rights of marginalized group in the society. Through this innovative approach, appellate courts in India have entertained environmental petitions under PIL against use of polluted water, against vehicular emission pollution, prohibiting felling of trees in forests, against projects involving environmental pollution, against conversion of public parks into private hospitals, etc.

Significance of PIL for Environment Protection

The inception of the concept of PIL has lead to tremendous changes in the field of environmental litigation. It has broadened the scope for the public to enforce their Constitutional as well as Statutory rights through PIL. Before the emergence of PIL, petitions to be filed against environmental pollution and degradation were governed under the Criminal Law by the Indian Penal Code and the Code of Criminal Procedure and under the Civil Law by the Law of Torts. The provisions for public nuisance under these laws covered noise, air and water pollution and a suit against such environmental pollution could only be instituted by a person or a party which is directly affected by it.

There was no provision for a person other than the affected party to bring a suit to the courts as the courts only recognized the violation and the re-enforcement of rights of the affected party and did not take a mass of unidentified people that are affected by environmental pollution into consideration. Through PIL, a person or an organization, not affected by such environmental pollution may file a suit against the same. Beginning with the Dehradun lime stone quarrying case in 1983, followed by the Ganga Water Pollution case, Delhi Vehicular Pollution case, Oleum Gas Leak case, Tehri Dam case, Narmada Dam case, Dahanu Thermal Power Plant case, Bichhri village industrial pollution case, Vellore leather industry pollution case, Sariska wildlife protection case, and T.N.Godavarman case, all of them came to Court’s attention through PIL.[ii] These cases were instituted not by the affected parties but by various Non-governmental Organizations and environmental activists on behalf of the people affected.

The citizens under Article 32 and Article 226 of the Constitution of India have started using PIL as a tool to restore their fundamental rights which are being affected by the environmental pollution and degradation. A PIL against environmental pollution can be filed in the Supreme Court under Article 32 and in the High Court under Article 226 of the Constitution of India. A few cases instituted though PIL are, Rural Litigation and Entitlement Kendra, Dehradun v. State of Uttar Pradesh, which raised issues relating to the ecological imbalances and the Right to Pollution Free environment. The Supreme Court included the right to a wholesome environment under the ambit of Article 21 of the Constitution of India and that could be asserted by the citizens against the State. Under Article 32, a petition was filed demanding the closure of limestone quarry as the blasting of mines caused ecological imbalances and health hazards to the people and the environment.

The Supreme Court ordered closure of the mine but did not pass a final order and referred it as a matter that the Government must decide on. In, Tehri Bandh Virodhi Sangharsh Samiti and Ors. v. the State of UP and Ors., the Tehri Bandh Virodhi Sangharsh Samiti filed a petition to restrain the construction of a dam as the construction threatened the life of the people as well as the ecology and environment of entire norther India as the dam was being constructed in an earthquake prone zone. The Supreme Court after investigating the matter held that, the Government was conscious of the danger and the damage which could be caused and had taken steps to ensure the safety of the people as well as the environment. Thus the Supreme Court being satisfied with the efforts of the Government dismissed the petition. In the case, M.C. Mehta v. Union of India, where an oleum gas leak caused injury to a large number of individuals. After considering the welfare of the people, the management’s negligence, the effect on the rate unemployment if the plant was to shut down and the hazards of technology, the court permitted the conditional continuation of the Shriram Chemicals Plant.
The process of “sustainable development” was reaffirmed in this case. This principle states that the polluter will have absolute liability to reverse the damage done to the ecology as well as the individual or the mass of individuals affected by the industry which caused such harm. Further, in the case, Vellore Citizens Welfare Forum v. Union of India, court held that the precautionary principle and the polluter pays principle are essentials of the process of “sustainable development”.

The introduction and development of PIL in the Indian Judiciary has not only brought about as increase in environmental cases affecting the public at large but has also uncovered many pitfalls of the concept. Giving the right to “public spirited” citizens to move to court on behalf of the affected community or mass of individuals has shown a rise in cases related instead with private injuries and has become more personalized and attention-seeking. The method of PIL was to bring about inexpensive and quick redressal of issues affecting the environment and the public at large, but this has not been the case. The Godavarman case is a classic example of the Court being seized of the problem for over a decade and its final resolution is a long way in coming.[iii]

The petition was filed in 1996, seeking the intervention for the protection of the Nilgiris forest land from deforestation, proved to be a case of mammoth proportions which led to controversies in administrative functions, traditional ways of forest management and a lack of recognizing the rights of the forest dwellers. It is also seen that the Court has rejected or dismissed most of the PILs challenging infrastructure projects and regarded it as the abuse of PIL, in the Narmada Bachao Andolan v Union of India. In certain cases the Court has also held that, if a project is stayed on account of a public interest petition which is subsequently dismissed, the petitioner should be made liable to pay for the damages occasioned by the delay in the project.[iv]

India being a developing country has seen a rise in the environmental degradation and pollution to which PIL on environment protection has proved to be an effective mechanism for restoration and redressal to the environment and the citizens of the country. With the amended environmental law and the new procedures of PIL any citizen or an organization, whether directly or indirectly affected may institute a petition against the ecological and environmental imbalances which not only cause harm to the citizens, but are also violative of their fundamental rights. It has proved to be a new dawn for the marginalized citizens who are unable to voice their opinions on the atrocities committed on them as well as the environment by various industries and also the Government. Through judicial activism as a means of PIL, the courts check the working of the Government and provide remedies and re-enforce the infringed fundamental rights of the citizens. Thus the introduction of PIL for environmental issues by the Indian Judiciary has been a boon to the citizens of the country.