Trade and business development have contributed to many challenges that have not been addressed by traditional business methods. For example, the limitless obligation aspect of a business form of “sole proprietorship led to people forming partnerships, but even that proved to be too insufficient and dangerous. This is when the concept of business emerged, and” the oldest example of it is the private business form. Paragraph 2(68) of the Companies Act, 2013 describes private firms. Therefore, private firms are those firms whose association articles restrict the interchangeability of shares and prevent the general public from subscribing to them. This is the basic criterion that separates private firms from government firms. 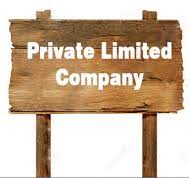 The paragraph also notes that private firms can have up to 200 employees. This figure does not include current and former members of staff. In addition, more than two people collectively owning shares are treated as a single owner. For private companies, this definition had previously prescribed a minimum paid-up share capital of Rs. 1 lakh, but this requirement was removed by an amendment in 2005. Private firms can now have any amount of minimum paid-up capital.

In Puja Synthetic Pvt’s case. On 26.09.2012, a search and seizure action was carried out in the residential premises of the assessee company’s managers and business premises, Puja Synthetic Pvt. Ltd. vs. PCIT, Jaipur.[i] The company submitted its tax return on 15.05.2013 reporting total income at Nil and book profit at Rs. 193,080/-pursuant to the issuance of the notice. The returned income was accepted and the assessment was finalized on 02.06.2014. The court held that the case requires a fresh adjudication order to the tribunal taking into account the aforementioned case law. Consequently, the issue of law is resolved in favor of the Revenue and against the Puja Synthetics Pvt. Jaipur v. Pr. Ltd. CIT Rajasthan respondent-assessee, but with a court order to refresh the entire issue.

STAGES IN THE FORMATION OF A COMPANY

Promotion of a company: A business does not come into being on its own. It comes into being as a product of an individual’s or group’s or institution’s efforts. That is, some person or persons should encourage it. The market promotion process begins with the conceptualization of an idea and ends when the idea is put into practice, i.e. the creation of the business enterprise and the start-up of its operation.

Registration of a company: It is the registration that creates a corporation. Only when it is properly registered under the Companies Act is a company properly created.

Certificate of commencement of Business: It can start its business as soon as a private company receives the certification of incorporation. A public company can begin its business only after receiving the’ business start-up certificate.’ A public company publishes a prospectus after the company receives the certificate of incorporation to allow the public to subscribe to its share capital. This addresses the subscription minimum. Then the minimum number of shares listed in the prospectus must be sold.

After the selling of the correct number of shares has been completed, a certificate will be sent to the Registrar along with a bank letter stating that all the money will be issued. Then the registrar scrutinizes the files. If he is satisfied, he will issue a certificate known as’ Business Start Certificate.’ This is the conclusive evidence for the Commencement of Business.

Number of members:
A minimum number of 2 members and a maximum number of 200 members are required to start a business in accordance with the provisions of the companies’ act 2013.
Limited liability:
Each member or shareholder’s liability is limited. It means that if, under any circumstances, a company faces any loss, and its shareholders are liable to sell their own payment assets. The shareholders’ personal and individual assets are not at risk.
Perpetual succession:
Even in the case of death, insolvency, the bankruptcy of any of its members, the company continues to exist in the eyes of law. It contributes to the company’s ongoing succession. The company’s existence continues to exist forever.
Prospectus:
A prospectus is a detailed company affairs statement issued to its public by a company. However, there is no need to issue a prospectus in the case of a private limited company because it is not invited to subscribe to the company’s shares in this public.
Minimum Subscription:
It is the amount the company receives, which is 90% of the shares issued over a certain period of time. If the company is unable to collect 90% of the sum, they will not be able to start more business. Shares can be distributed to the public in the case of a private limited company without providing the minimum subscription.[ii]

PRIVILEGES OF A PRIVATE COMPANY

A minimum number of members: For its formation, a public company should have at least seven members.

Allotment of Shares: A public company may allocate shares only after the public has subscribed for the minimum subscription and the registrar has received a copy of the prospectus or a statement instead of a prospectus. But, regardless of the number of shares subscribed by the applicants, a private company can allocate shares.

Private companies are of three types depending on their members’ liabilities:-

Limited by guarantee: Unlike a share-limited company, a guarantee-limited company has members rather than investors. It limits members ‘ liability to a fixed amount that is the protection provided by the constitution of the company. If the company is wound up, the guarantee is usually sought. If this happens and the organization does not have enough capital, each participant present has an obligation to pay a sum. If the current members are unable to meet the pledge, past members must participate.

Unlimited liability: Members ‘ liability in this type of private business is unlimited. Members ‘ personal assets can be added and sold when the company is wound up.

Private companies are of two types depending upon the number of members:-

One person company: Under section 2(62) of the Companies Act, a one-person company is defined as a company with only one director. In contrast, a company’s representatives are nothing but subscribers to its association memorandum and investors. Therefore, an OPC is a corporation that only has one investor as a member of it.

Generally speaking, these businesses are formed when there is only one company founder/ promoter. Because of the many benefits that OPCs offer, entrepreneurs whose companies are in the early stages tend to establish OPCs instead of sole ownership business.

Small Company: For the first time, the Companies Act, 2013 introduced the concept of “Private Business.” The Act defines some companies as small firms based on their capital and turnover in order to provide some relief/exemptions to these businesses. Most of the exemptions granted to a small business are the same as the one-person company exemptions. If either the capital is less than Rs. 50 lakhs or turnover is less than Rs. 20 crores, it is necessary to qualify as a small business. If either of the criteria is met without meeting the other condition, it is appropriate. Nevertheless, in the case of capital and Rs. 20 crores, these thresholds may be increased but not exceed Rs. 5 crores in case of turnover.

A private company limited by shares is the most common type of company, commonly referred to as a’ limited company.’ This form of enterprise is used for private enterprises that intend to make a profit to be distributed to the owners (shareholders). If you’re setting up a business to earn money for you and any other owners, then this is probably the type of business you’re going to form. This form of enterprise is only ideal for business forms’ not for profit’ or charitable. It is usually registered for people who want to start a charity, club, organization, or other company that will reinvest income, not the owners, for the benefit of the business. There are no shares in this company so it can’t transfer income to investors. Sometimes, the business is set up with a list of’ things’ that determine how to use any benefit. For example,’ to help and sustain youth facilities in a particular area.’ Once the guarantee-limited company is established, you must apply through the Charity Commission to be a registered charity.

A company’s formation is a company’s incorporation procedure. This includes different considerations and legal documents for incorporation purposes. There are two records that play a very important role at the time of creation. Both papers are Association Memorandum (MoA) and Association Articles (AoA).

Therefore, the Business Structure in Company Law requires several major steps to complete the incorporation process. The company can’t be built and run without these steps.