Recently, the Allahabad High Court said in a case that conversion of religion for the sake of marriage is termed as null or void. As in general if we talks about Every person has right to convert the religion but not without faith. However, Anti- Conversion law support the voluntary conversion but it forbids or bans such type of conversion which includes unwillingness or coercion. Hence, this law came in India to -preserved the identity of the Hindu in the midst of the British Missionaries. 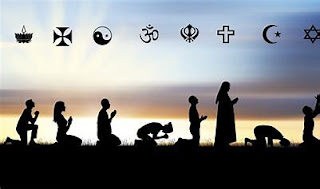 At first, the bill was passed in the parliament related with the conversion of marriage in the year 1954. And it was also called the Indian conversion (Regulation& Registration Bill). Moreover in the year 1960, this bill again was taken up, but due to lack of heavy oppositions from minorities it was dropped. Therefore in 1968 Orissa and Madhya Pradesh enacts a law called the Madhya Pradesh Swatantraya Adhiniyam and the Orissa Freedom of Religion Act respectively. These laws were enacted because of conversion of religion for the sake of marriage by use of force coercion, inducement or threat. And by fraudulently means also. After the enact of laws in the above state of Tamil Nadu and Gujarat enacts similar and were made punishable under the Indian Penal Code also imposed a fine of forcible conversion of religion ranged from three year jail term and fine of Rs. 20,000.

Within a following month after the conversion the person whom is converting his/her religion has to send a declaration to the office in charge in the concerned area. Then after the 30 days the district magistrate will either permit or restrict the conversion. The declaration contain all the necessary details like permanent address, present place of residence, Father’s/husband name and Date of birth etc.

Rev Stanislaus V. Madhya Pradesh- In this case the Supreme Court held that Article 25 of the Indian Constitution talks about the Freedom of Religion, anyone can propagate any religion from his mind. But propagating does not mean that you also have a right to conversion.

Sarla Mudgal v. Union of India- In this case if any person is a Hindu and has to convert to Islam because to marry for more than one wife then the conversion will be declared as invalid. Religion in which he is converting and if he doesn’t have a belief in it, and he just wanted to practice the polygamy. Then the whole conversion is termed as invalid.

As in the recent judgment passed by the Allahabad high court that only for the sake of marriage conversion of religion is not acceptable. Hence, in this case the court made the mark while dismissing the plea of an newly married couple. The girl named Priyanshi had approached to the court and told that she is facing trouble in living as her father along with his family members disturbing their marital life. In the petition it was also stated that the couple got married July this year.

The court observed in this case that the first petitioner has converted his religion on 29, June 2020 and just after the one month they perform his marriage on the date of 31 July, 2020. it is clear evident before the court of law that the conversion of religion is only for the marriage. As the court referred the case of Noor Jahan Beghum. She is a Hindu girl changes his religion from Islam, without any knowledge of Islam or faith and belief in Islam praying to provide protection against his family as just for the sake of marriage conversion of marriage is illegal. The court dismissed the plea of her in this matter also.

The very concept behind ‘love jihad’ happen to came up in 1927 when a rumor had spread in Muzaffarnagar, Uttar Pradesh that a Hindu woman married a Muslim man and converted her religion because of the marriage. In the wake 20th century, several Hindu reformers talked about how Hindu women were being married to Muslims with force and being converted. Then afterwards in Kerala, news began emerging from the Christian society that a lot of Christian girls were being converted to Islam and between the years 2006-2012, it was alleged, that around 450 Christian girls had been converted to Islam on the pretext of marriage. Oommen Chandy, the then Congress CM of Kerala, legitimately admitted in the assembly that between the year 2006-2012,

2,667 women from other faiths had been converted to Islam because they married to Muslim men. Former Deputy Chief Minister of Karnataka, K.S. Eshwarappa was also pulled up by the Election Commission for making similar allegations in 2013, that, “In its letter, the law is not that different from any of the laws enacted earlier, including in Arunachal Pradesh, Madhya Pradesh, Uttar Pradesh, Odisha in the 60-70s, if you see the spirit of the law, it is quite evident,” it was added. It was eminent, that most people convert themselves for convenience because under the Special Marriage Act, it is mandatory to submit a 30-day notice to marry and, in the interim, families might make life tough for these couples. Now, the conversion process has increased to 60 days, i.e., it will only make it even harder for such couples. Therefore, it is mandatory that the Special Marriage Act should be made more accessible to at least prevent conversion for the sake of convenience.

While I read about the Inter Faith marriages in India, a question which comes across my mind is that, “Should centuries-old, gender-biased, religious personal laws, based on morals of different times and spaces, influence or dictate our personal choices? Or should our choices be protected and guided by a modern, gender-neutral law?” Well, to this I know the answers and somewhere you know it too. For instance — in 2019, the Supreme Court had observed that a marriage between a Hindu women and a Muslim man is not “regular or void” and the wife cannot inherit her husband’s property. Here for certainty, the government should not have any role in personal choices of any individual; rather it should facilitate the fulfillment of their choices.

The Special Marriages Act, which liberates individuals from traditional requirements of a religion. In the same manner, personal laws should also be rectified and amended to ensure gender neutrality and fulfillment of human rights, as was done in case of Hindu Marriage Act, 1956, are some genuine good examples but unfortunately, these rectification and amendments under personal laws could not be replicated in case of other religions, particularly Islam, due to lack of political will. In these cases, the government should move forward with either a piecemeal approach by reforming personal laws, as happened in the case of triple talaq, or it should build consensus and go for a uniform civil code — of course, with provisions for preservation of culture of tribal citizens.

So, in last the Judgment passed by the Allahabad High Court has found a fruitful one. Because if you want to convert your religion only for the sake of marriage is invalid also if you don’t have the faith in which the religion you are converting then the conversion is of no use. Although, Did we really need laws like love Jihad because we had already anti-conversion Law, for this. And this is just like the new wine inside the old wine bottle featuring existing anti-conversion law in India. Also religion is a matter of belief or faith and the Constitution of India, recognises the fact how important religion is in the life of people in India. And hence provide for the right to freedom of religion under Articles 25 to Article 28.