“No arrest should be made only because the offence is cognizable and non-bailable and therefore, lawful for the police officers to do so.”
Life and physical liberty is a sacred freedom that has been endorsed under Article 21 and Article 22 of the Indian Constituion. Article 21 states that “No person shall be deprived of his life or personal liberty except according to procedure established by law, nor shall any person be denied equality before the law or the equal protection of the laws within the territory of India.” 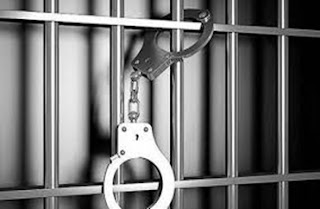 Article 22(1) states that, “no person who is arrested shall be detained in custody without having informed, as soon as maybe, on the grounds for such arrest nor shall he be denied the right to consult and to be defended by a legal practitioner of his choice.” Article 22(2) states that, “Every person who is arrested and detained in custody shall be produced before the nearest magistrate within a period of twenty four hours of such arrest excluding the time necessary for the journey from the place of arrest to the court of the magistrate and no such person shall be detained in custody beyond the said period without the authority of a magistrate”.

Chapter V of the Code of Criminal Procedure, 1973 deals with the arrest of persons. Section 41 of CrPC specifies the conditions under which an individual’s liberty can be curtailed i.e. the situations when police may arrest without warrant Section 42 of CrPC authorises the police to arrest a person who gives false details of his name or his residence. Section 151 entitles an officer to arrest any person, without orders from a magistrate and without warrant, “if it appears to such officer” that such person is designing to commit a cognizable offence and that the commission of offence cannot be prevented otherwise.[i]. It is these unbridled powers being rested with the police that results in exploitation and misuse of power to arrest to extort monies and for other benefits.

The Honorable Supreme Court had historically remarked in Joginder Kumar vs State Of U.P,[ii] that no arrest can be made just because it is lawful for the police officer to do so. The court observed that, “The existence of the power to arrest is one thing. The justification for the exercise of it is quite another. The police officer must be able to justify the arrest apart from his power to do so. Arrest and detention in police lock-up of a person can cause incalculable harm to the reputation and self-esteem of a person. No arrest can be made in a routine manner on a mere allegation of commission of an offence made against a person. A person is not liable to arrest merely on the suspicion of complicity in an offence. There must be some reasonable justification in the opinion of the officer effecting the arrest that such arrest is necessary and justified”.

In D.K Basu v. State of West Bengal and Others,[iii] the apex court perceived that, custodial torture is a naked violation of human dignity. The court acknowledged that the worst violations of human rights takes place during investigation when the police use torture and third degree methods to get confession. The court emphasized that no matter what the circumstances, the State or its agents are not allowed to assault or maltreat people.

They then laid down an elaborate set of guidelines in respect of arrest and interrogation which are as follows:
1. The police personnel carrying out the arrest and handling the interrogation of the arrestee should wear name tags clearly indicating their name and designation. The particulars of all such police personnel must be recorded in a register.
2. The police officer making an arrest has to prepare an Arrest Memo that shall contain the time and date of arrest. The arrested person should sign that properly prepared arrest memo.
3. the right of arrested person to contact his lawyer
4. right to medically examined every 48 hours
5. right to get his/her relative informed about the arrest
6. to be produced in front of Magistrate within 24 hours, memo to be prepared in front of a witness
7. arrest to be recorded in a diary
8. the memo and the diary to be shown to the magistrate
9. information about the arrest to be communicated to all districts

The court further observed that failure to comply with the above mentioned guidelines shall apart from rendering the concerned official liable for departmental action, also render him liable to be punished for contempt of Court.

In Arnesh Kumar v. State Bihar,[iv] the apex court while dealing with the bail application of the applicants, had expressed serious concern over the abuse of Section 498A of the IPC and hence to ensure that police officers do not arrest accused unnecessarily and magistrates do not sanction incarceration casually and mechanically, they laid down the conditions which are as follows:

1. No arrests should be made on the basis of the offence being non-bailable and cognizable. The manner of the arrest should not be based on a mere averment made against a person. The arrest should be preceded by initial investigations to assess the verity of the complaint.
2. Proper facts and reasons should be presented before a Magistrate by the officer affecting the arrest within 24 hours of the arrest. The Magistrate should be satisfied that condition precedent for arrest under Section 41 Cr.P.C has been satisfied and it is only thereafter that he will authorize the detention of the accused under Section 167 of Cr.PC.
3. Police office must ensure that they do not arrest accused unnecessarily and Magistrate do not authorize detention casually and mechanically. The investigating officer shall be provided with a checklist and shall forward the check list duly filed and furnish the reasons which entailed the arrest.
4. On top of arrest powers, the decision not to arrest an accused must also be forwarded to the Magistrate within two weeks from the date of the institution of the case .
5. This judgement shall apply to all matters where offence is punishable with imprisonment for a term which may be less than or equal to seven years; whether the imprisonment is with or without fine and not only to Section 498-A of the I.P.C. or Section 4 of the Dowry Prohibition Act.

The guidelines specified in D.K. Basu v. State of West Bengal and Arnesh Kumar v. State Bihar, were incorporated in the code in their entirety. In S. 41A the arresting provision was supplanted by the provision to issue the notice to the accused. S. 41B provides for the duties and liabilities, regarding the power to arrest, to be exercised by the police officer . In the ammended section, certain rules were incorporated to regulate the arrest of women. As regards women- no arrest between sunset and sunrise; unless by special officer or lady officer.

India’s law on arrest , though moderately evolved,still there is a dearth of the desired clarity. Recently, in Tamil Nadu, Jayaraj and his son Bennix were arrested by the police for allegedly keeping the shop open in evening in violation of lockdown restrictions. Both were presented before a magistrate Yet the magistrate did not question the detainees and transferred them to judicial custody – even though the law mandates that people should only be detained for offenses punishable by up to seven years when it is necessary. The police brutally assaulted them which lead to their deaths. This also shows that the magistrate authorised the detention casually. There are many other cases that shows that the ammended provisions of CrPC and the guidelines issued by the Supreme Court were not being heeded by the police officers.