Under The Trade Mark Act,1999, a mark includes a device, brand, heading, label, ticket, name, signature, word, letter, numeral, shape of goods, packaging or combination of colours or any combination thereof. A mark which represents a brand, a company or any business. 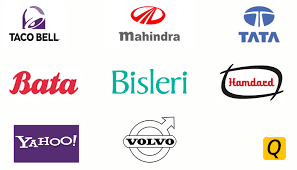 A Trademark is the one which is capable of being represented graphically and which is capable of distinguishing the goods or services of one person from those of others and may include shape of goods, their packaging and combination of colours, under section 2(zb) of the Trademark Act, 1999.

A mark to be a well-known trademark has to be a reputed one with a considerable amount of goodwill. And therefore, Considering their nature, the scope of protection of a well-known trademark is usually greater than the protection afforded to any other trademark, depending on its reach in the market. Under Section 11(9)(i) and (v), for the purposes of registration of a well-known mark it is not necessary for such mark to have been used in India or be well-known to the public at large in India. It must be well known to a substantial segment of the relevant public.
For Example –
BISLERI, is well-known in the Indian market and one of the first marks introduced for bottled mineral water.
Trade Mark DR.REDDY, in spite of not being registered, has acquired considerable trade reputation and goodwill in the community dealing with drugs and pharmaceuticals not only in India, but abroad also.
WHIRLPOOL, A product and its trade name transcends the physical boundaries of a geographical region and acquires a trans-border or overseas or extra-territorial reputation not only through import of goods but also by its advertisement. The knowledge or the awareness of the goods of a foreign trader and its trademark can be available at a place where goods are not being marketed.
Trade Mark HONDA is famous around the globe.
KIT KAT is a Well-known having a trans-border reputation.
Hon’ble Justice in the matter observed that “I have no hesitation to come to the conclusion that the trademark BRAHMOS is a well-Known trademark.
ROLEX, Rolex has a reputation in India. Anyone into buying expensive jewellery knows Rolex watches. The mark has been registered for more than 90 years now.

Above mentioned are just a few examples of a well known trademark. They are protected under The Trademark Act, 1999. Trademarks provide protection for both businesses and consumers, making them an important part of running a successful company. It creates healthy competition in the market; consequently the manufacturer and traders can develop their products more effectively.

When does the infringement takes place:

An additional requirement in the above three situations for infringement to result is that the use of the impugned trademark “is likely to cause confusion on the part of the public” or “is likely to have an association with the registered trademark”.

In a recent application for injunction before the Delhi High Court, PB Fintech(infringer), the operator of policybazaar.com and paisabazaar.com websites, obtained an order against several infringing websites. The suit was filed against eight dishonest entities which led consumers to believe that these websites were associated with PB Fintech. Along with this the entities had also registered confusingly similar domains such as ‘policybazaarclub.com’, ‘paisabazaarfinance.in’ and ‘paisabazaras.com’. The Delhi High Court found that PB Fintech had established a prima facie case of trademark infringement and passing off and ordered the domain name registrars and internet service providers to block access to the infringing domains.

Under Sec 2 (1)(h) of the act – A mark shall be deemed to be deceptively similar to another mark if it so nearly resembles that other mark as to be likely to deceive or cause confusion;
Meaning a mark has to be “deceptively similar” to cause an infringement. Deliberately cause (someone) to believe something that is not true, especially for personal gain. It gives an appearance or impression different from the true one, basically it misleads and creates confusion in the minds of consumers and diverts them from the actual product.

Conditions to fulfill for infringement to take place:

Section 35 of the Trade Mark Act reads as follows:-
“Saving for use of name, address or description of goods or services.–Nothing in this Act shall entitle the proprietor or a registered user of a registered trade mark to interfere with any bona fide use by a person of his own name or that of his place of business, or of the name, or of the name of the place of business, of any of his predecessors in business, or the use by any person of any bona fide description of the character or quality of his goods or services.”
Therefore, In Bloomberg Finance LP vs. Prafull Saklecha & Ors., mentioned pointers which results in infringement, they are as follows:
(i) the person using the impugned mark is neither a registered proprietor in relation to the goods and services for which the mark is registered nor is using it by way of permitted use
(ii) the impugned mark must be used in the course of trade
(iii) the impugned mark has to be either similar to or identical with the registered mark
(iv) the impugned mark is used for goods or services different from those for which registration has been granted;
(v) the registered trade mark has a reputation in India;
(vi) the use of the impugned mark is without due cause, and takes unfair advantage of or is detrimental to.
Few well-known relevant cases have been discussed below.

It was claimed that the trademark “BRAHMOS” is a prestigious well-known and reputed trademark of the plaintiff-Company which is used by the defendants for identical services being educational services by conducting an online aptitude test. It is also alleged that the plaintiff conducts various educational programmes pertaining to the aerospace industry, including training of its employees and engineers. The said name BRAHMOS is a well-known trademark within the meaning of Section 2(1)(z)(g) and mark having a reputation in India within the meaning of Section 29(4) of the Trademarks Act, 1999, being an extremely popular and protected brand in earlier proceedings by this Court, thus, it covers under the definition of well-known trademark as over the years the plaintiff has also been the recipient of several awards for such impeccable quality of goods and services.

Thus the court came to a conclusion that “ the trademark BRAHMOS is a well-known trademark. The moment BRAHMOS comes within the range of well-known trademarks, it is even protected in relation to dissimilar services.” The court restrained the defendants from using the trademark BRAHMOS in relation to educational activities or part of domain name in any manner, in order to avoid any kind of confusion and deception.

Laxmikant V. Patel vs. Chetanbhat Shah And Another,

In this case the apex court held that-; “Where there is probability of confusion in business, an injunction will be granted even though the defendants adopted the name innocently.”

Delhi High Court has passed an interim injunction against Exotic Mile, an audio-gadgets business firm, for violating the registered trademark “boAt” of Imagine Marketing Pvt. Ltd. Imagine Marketing is the proprietor of boAt, a well known electronic products supplier in India. It contended that Exotic Mile had dishonestly adopted the trademark “BOULT”, which is phonetically and deceptively similar to “boAt”. Further, it alleged that the usage of the tagline ‘UNPLUG YOURSELF’ by Exotic Mile was confusingly similar to its tagline ‘PLUG INTO NIRVANA’. The Court passed an interim injunction restraining Exotic Mile from using the trademark “BOULT” as well as the tagline ‘UNPLUG YOURSELF’.

Lacoste S.A., the French clothing major, and a well-known trademark, had filed an application for a permanent injunction in the Delhi District Court against Suresh Kumar Sharma. Lacoste contends that Suresh Kumar Sharma was selling shirts. It was held that there is no law that says that a solitary test of pronunciation will suffice to defeat all else that weighs against or the visual, structural similarity, the attendant circumstances, lack of meaningful reputation or goodwill, the want of demonstration of deceit or misrepresentation or differences in color, trade dress, the goods and their pricing should be ignored only because of phonetic similarity. Bearing the “Lacoste” mark and thus infringing its trademark and passing off. The Court observed that Suresh Kumar Sharma had no right to use the “Lacoste” mark and further held that his actions led to undue enrichment and created confusion amongst the general public. Thus, the court granted permanent injunction restraining Suresh Kumar Sharma from using the “Lacoste” mark.

The dispute was between the trademark LONDON DAIRY and LONDONDERRY. The court held that there is no law that says that a solitary test of pronunciation will suffice to defeat all else that weighs against or the visual, structural similarity, the attendant circumstances, lack of meaningful reputation or goodwill, the want of demonstration of deceit or misrepresentation or differences in color, trade dress, the goods and their pricing should be ignored only because of phonetic similarity.

Balance of convenience is in favour of the plaintiff and against the defendant. An ad interim injunction is passed restraining the defendants, its officers, agents etc. from manufacturing, exporting, importing or offering for sale, advertising or in any manner dealing with goods not limited to E-Rickshaws bearing the mark DMW or any other mark which are identical or deceptively similar to the plaintiff’s BMW marks as BMW being a reputed and well-known trademark.

Where the court was dealing with the trademark of the plaintiff i.e. TATA. The defendant was selling weighing scales and spring balances under the trade mark A-One TATA(defendant), where the court held as follows: “Since the trademark TATA is a well known trademark, use of the aforesaid mark by the defendant on the products being sold by him also constitutes infringement within the meaning of Section 29(4) of the Trademarks Act, 1999 since by using the trademark TATA, he obviously has tried to take an unfair advantage by encashing upon the brand quality and goodwill, which the mark TATA enjoys in the market. Such use may be detrimental to the reputation and distinctive character of the registered trademark TATA, diminish the ability of the trademark TATA to identify the source of the goods, and lowers its reputation in case the quality of the goods is not of expected standard.”
Image Source

1 thought on “A brief to Well Known Trademark”