The article is an analysis of the Epidemic Diseases (Amendment) Act 2020, how it differs from the earlier act ,the criticism it faced by the opposition. The initial stages of the COVID-19 pandemic witnessed splurging cases of attack on the healthcare professionals which was completely inhumane .. It is due to all these incidents that urged the Indian Medical Association (IMA) to declare White Alert to the nation on 22 April 2020 and Black Day on 23 April 2020. Recently the Supreme Court suggested the withdrawal of the writ petition that was regarding the loopholes in the Act, suggesting the necessary High Court be approached. 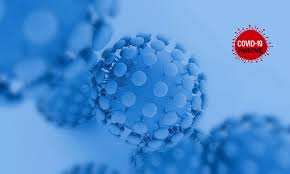 The bill was promulgated with a fervent motive to fill the gaps of a century old piece meal, redundant and otiose colonial legislation, Epidemic Diseases Act, 1897 and it has set its sights on providing a protective gear to the knight in shining armor, the frontline healthcare professionals, to grapple with the civic atrocities which confronts them while zealously waging a war against the invisible and yet invincible enemy. The IMA Survey reveals that majority of doctors in India fear violence.[1] According to the American College of Emergency Physicians (ACEP), nearly 7 out of 10 emergency physicians believe that emergency department violence is increasing. Also, 47% of physicians have said that they’d personally been physically assaulted at work[2].Because of the rising level of concern about violence towards health workers, a joint international program was initiated involving the International Labour Office (ILO), the International Council of Nurses, the World Health Organisation , and Public Services International.[3]

Arguably, the deficient of uniform state laws and other regulations like The Medicare Service Persons and Medicare Service Institutions (Prevention of Violence and Damage to Property) Acts[MSPMSI Act] across all the states in the country and its condemnable execution in effectively protecting the interest and safety of medical care workers prompted the federal government to face lift the Epidemic Diseases Act, 1897 to curb the escalating menace. And in that attempt, on 22 April 2020, the President of India, through the power granted under Article 123 of the Constitution of India, promulgated the Epidemic Diseases (Amendment) Ordinance and its essence were further rooted by the Epidemic Diseases (Amendment) Bill.

The bill was criticized by inter disciplinary sects on multiple folds. Inter-alia it was primarily counter attacked for shattering the rock bottom foundation of the criminal and justice administration mechanism, which approached the accused with the notion of presumption of innocence. Section 3C of the amended Act dilutes the onus on the persecution to prove the case against accused who is prosecuted for an offence under Section 3(3) of the Bill which deals with grievous hurt to healthcare workers. On the contrary it tunnels a legal rebuttable presumption that the accused has committed the offence unless otherwise proved by the accused, which eventually open the doors for rampant misuse and abuse of the law. And further, sub section 1 of section 3D subjects the accused to a greater rigor, wherein presumes culpable mental of the accused which is akin to section 35 of the Narcotic Drugs and Psychotropic Substances Act, 1985, for an offence under section 3(3) of the Act.

However, some states like West Bengal, Kerala, Tamil Nadu etc. had already enacted Health Care Act to meet the prevailing contingencies, which brings a central law and state law face to face on the same subject. This anticipated friction between the central law and state law draws significance to repugnancy doctrine under Article 254 constitution which expound the principle that when a Central legislation and State legislation comes into conflict, the former would prevail. The opposition stoutly lambasted bill for its rigged process by dispensing with a meticulous analysis by standing committee and fingers were pointed to extent the provisions to the police, who are working round the clock in the novel medical emergency like situation.

HOW THE EPIDEMIC BILL DIFFERS FROM THE EARLIER ACT?

Epidemic Disease Act 1897 was enacted to combat the plague which witnessed mass exodus of people and death in Mumbai, under the British India. The law was portended for containment of epidemics by administering appropriate powers that are requisite for the effectuation of containment measures to control the spread of the disease. In 2009 it was invoked in Pune to fight swine flu, In 2015, it was invoked to combat dengue and malaria in Chandigarh and in 2018 with the spread of cholera in a region of Gujarat the act was enforced. Under Section 3 of the Act, any person disobeying any regulation or order made under this Act shall be deemed to have committed an offence punishable under Section 188 of the Indian Penal Code which in turn states with simple imprisonment for a term which may extend to one month or with fine which may extend to two hundred rupees, or with both; and if such disobedience causes or trends to cause danger to human life, health or safety, or causes or tends to cause a riot or affray, shall be punished with imprisonment of either description for a term which may extend to six months, or with fine which may extend to one thousand rupees, or with both. The current bill that passed has stringent provisions making any harm, injury, hurt or danger to the life of health care service personnel as a cognizable and non-bailable offence. It has provisions of imprisonment from 3 months to 5 years and a fine between Rs. 50,000 to 2 lakh rupees. Section 3(3) of the bill provides for punishment in cases where the perpetrator has committed grievous hurt as defined under Section 320 of the IPC. The punishment has been set between a large bracket of minimum 6 months’ imprisonment to a maximum of 7 years. The fine imposed on the guilty perpetrator will be between a minimum of Rs. 1 lakh to a maximum of Rs. 5 lakh. Persons convicted of offences under the bill will also be liable to pay compensation to the health care service personnel whom they have hurt. The damage to property includes a clinical establishment, any facility identified for quarantine and isolation of patients, mobile medical units and any other property in which the healthcare service personnel have a direct interest in relation to the epidemic. Offences will be investigated by an officer of the rank of inspector within a period of 30 days, and trial has to be completed in one year, unless extended by the court for reasons to be recorded in writing, the Bill proposes.

THE NEW BILL IS THE VERSON 2.0 OF THE FORMER COLONIAL ACT

The bill strives hard to revive the civility of its subjects towards health care professions during emergency situations through deterrence. However, this bill had passed with fewer controversies and lesser ruckus compared to other bills since national has condemnably witnessed the spate of atrocious acts against the healthcare professionals which had the potential to throw the safest of frontline health workers under the wheels and thereby accelerating the spread of the novel virus. The health minister Harsh Vardhan had said, “This was an empowering legislation and states could make additions to the act. The ordinance has given a very strong message to perpetrators of violence against medical professionals and health workers during the pandemic.”, whereas, Subhash Bhamre of the BJP said healthcare workers should be allowed to work in an environment free of abuse. He further lamented over the fact that 68,000 healthcare workers had tested positive for coronavirus so far and 500 doctors had lost their lives due to the infection.[4]

They are the true unsung warriors working day and night, donning PPEs, the medical army should get the respect and protection of law they deserve during rendering of their service. Indubitably trivialization of violence against the medical sect would inevitably result in depletion of humanistic values. The intend or the objective of the legislation is zero tolerance to any form of abuse. The act definitely meets the need of the hour and is a change to the right direction.