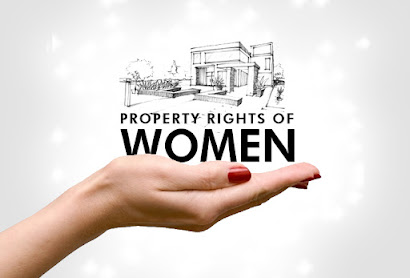 Every human being should be treated with some dignity and equality, but women are not even treated as human beings as they are considered as the weaker sex. They are suppressed of all their rights, restricted at their homes and as they are facing more problems in their day to day life. It is well known to everyone that India is a predominated patriarchal society where only men are given more rights as compared to women. One of the main problems faced by women are as they are denied from the right of property. But compared before women now are in a good position and treated equally as of men by developing various laws for the welfare of women.

The present paper deals with the right of property of a Hindu woman under:

The Hindu undivided family, as the name itself suggest, it is a joint Hindu family. It consists of common ancestor for the entire lineal descendent and also wife and daughter of the male descendent, as the members of the family are called as coparceners. As per Hindu joint family only the male member of the family can become the coparcener and the coparcenary consists of three generation of sons with a common elder ancestor. It is only the coparcener who is entitled for a share in the ancestor property.

HINDU WOMEN RIGHT TO PROPERTY ACT 1937
Prior to the Hindu Women Right to Property act, 1937 there was no laws to protect the interest of women’s property rights. The disputes were settled accordance with customs. In 1937 this act was passed to settle the dispute of inequality prevailing in property rights of women. This act gave a death blow to the doctrine of survivorship.

The doctrine of survivorship is when a coparcener dies his share will be transferred to the surviving coparceners in the Hindu joint family. According to Section 3 of the Hindu women right to property act, 1937 when a Hindu male dies leaving his property, the widow that is the wife of the deceased will have a share in the property as same as his husband and also the widow of the predeceased son can also inherit as of her husband, when there is no surviving son of such predeceased son but the women were given only limited interest on that property. Therefore, this act does not deal with much aspects which is necessary for the empowerment of women’s property rights.
As for this concern the Hindu succession act, 1956 was passed which gave the women an absolute right over her property.

Before the enactment of the Hindu Succession Act, 1956 The property of women was classified as two types:

STRIDHAN
Stridhan is a combination of two sanskrit words in which “stri” means Women and “dhan” means property. It is her own property, she can use it, dispose it, lease, mortage, no one can restrict her. She claims an absolute ownership on those property therefore, the stridhan includes:

As per prior Hindu law the devolution of stridhan is different under various schools. According to the vignaneswara, the women’s property goes to her daughter, if maiden the property goes to the uterine brother.

The powers of women under the women estate is, power to manage as said before she can manage the property as she has the entire right to use the property in short she is the Karta of the property who manages the affairs of the property and she has a power to alienate only on the following conditions with the consent of reversioner:

When a Hindu woman dies intestate leaving her property as her will devolve upon the following categories of heir according to the rules provided in the section 16 of the act.

This act brought wide improvement in property rights of women, despite there exists an inequality, as daughters were not entitled for the share in the property of the Hindu joint family. This act was amended in 2005 to remove gender inequality and give daughtersan equal right as sons in the property.

“Our Constitution fosters and strengthens the spirit of equality and envisions a society where every person enjoys equal rights which enable him/her to grow and realize his/her potential as an individual”.

CHANGES BROUGHT IN THE AMENDEMENT ACT 2005
This act brought various changes in the rights of women towards property, and created an equal as of men, as they are:
Section 4(2) of the act was omitted, this section states that, the act shall not override the provisions of any other act. It created an inequality against women by obstructing them to capacitate the agricultural land.

Finally,Section 30 of the act of the was substituted by certain words such as “disposed by him or her’’ instead of him which creates a right for women to dispose her property.