During the Covid-19 Pandemic there were several problem of the migrant labor came in the country. To solve the issue a fund was introduced by the Government of India PM CARES Prime Minister’s Citizen Assistance and Relief in Emergency Situations Fund. It was introduced on March, 28 20201 on which Prime Minster announces the setting of the PM’S CARES FUNDS. This helps to restore the people affected from the Covid-19 Pandemic in India. The PM CARES FUND is public charitable trust Fund under the Government. The fund can receive voluntary contributions from any of the individuals and organization from all over the world. The entire country supported the government and donated the huge amount to help in fighting this pandemic. 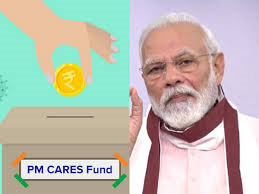 What is the significance of PM Cares Fund?

The PM Cares Fund is being highlighted as the backbone in this whole pandemic situation. The main agenda of this Fund is to make things require when there is an occurrence of any kind of nature of human calamity in the country this will help in development of the facilities the construction of health care and medicine facilities in the country. This fund will be active while any of such occurrence for the task of developing infrastructure along with financial and technical assistance. There are several other funds that are similar to it like natural disaster relief fund, CM Relief fund which is specialized for the Specific State and Prime Minster National Relief Fund (PMNRF). PMNRF is used to provide immediate relief to the families of those killed in 1) natural calamity, 2) victim of major accident or riots, 3) Support Medical expenses for acid attract victims, 4) and other3. The PM cares fund is similar to the PMNRF. The Prime Minster is the Ex-office chairman of the PM cares funds. The three eminent people are in the committed the Current Defense Minter, Home Minster, and the Finance Minster. The funds will be audited by the Independent Auditors selected by the Board of Trusties who are specialized in the field of the Research, Health, Science, Social work, Law, Public, Admission, and philanthropy2.

Clash between the PM Cares Fund and Right to Information Act

After PM Cares Funds more than the quarter from all over the world started to contribute their money. A less than $11.27 Bn (9,677 cores) came from the funds which was enough for the over 21.5million Covid-19 tests4. Based on this government statement it resulted that the utilization of the money cannot be known to anyone. People were eager to know that what happens to all the money which was contributed, how much has been used and how the money are been used for the work many petitions were filed in the court but the petitions were rejected saying “PM CARES is not a public authority under the ambit of Section 2(h) of the RTI act, 200055. The people started to question the judiciary and there several discussion, several polls were questioning the decision of the court and had a question that does the PM cares fund does not come under RTI act, 2005.
Firstly, RTI is the act of Parliament of India which is right given to every citizen of India right to information under Freedom of Information Act, 20026. The court rejection many petition that PM Cares Funds does not come under Public Authority and cannot come under Right to Information Act,2005. The section defined under section2 (h) of Right of Information Act, 2005 states that “the act defines what constitute “public authority”- A body established by a) the constitution, b) any law made by the parliament, c) law made by the state legislature, d) a notification or order issued by the government7. The definition of the public authority is definite to bring the PM Cares Funds but there are many other reasons to make it under the Right to Information Act, 2005.

Why should PM Cares fund come under RTI?

PM Cares Funds was set up by the government and so it does come under the part of the government of India because the office of the PM Cares fund is in Delhi where there is the office of the Prime minster. The Prime Minster is the Chairman of the PM’s National fund PMNRF and also the chairman of the PM Cares Funds. In 2009 then Chief information Commissioner Habilluah passed an order that “since PMNRF information is held by the PMO as a public authority, they are obliged to share it with citizens under the RTI act.”10 So, PM Cares Fund should also come under the Right to Information Act, 2005, as it is also controlled by the Prime Ministers Office.
On the 30 march, 2020 a video conference was held by the Prime Minster with the heads of the Indian ministers for the promotion of the PM Cares Fund in the foreign countries for the large number of the donations. Can the government officers and the government platform be used for the purpose of the promotions for any type of the donations? Look at the more transparency in the bill the High commissioner in the Singapore allows official publicity of to the PM Cares Funds on their official website and on the social media pages and the Indian Embassy of the moocow also accept the proposal to promote the PM Cares fund as stating it as the Charitable trust. Does any other charitable trust would get the publicity on the Indian embassy?
The PM Cares Funds website is under the domain name of the “gov.in” but the government guild lines says that the domain of the “gov.in” can only be allowed to six categories of office or public authorities: a) apex office, b) department of government) states and union territories, d) offices of parliament e) judicial bodies all legislature and government institution11. So, however PM Cares Fund get managed to get gov.in domain name when it does not fall in any of these categories. Just after the 2 Days after the announcement of the government ordinance about the PM Cares Fund an amendment was made under the Income Tax Act, 1961. The amendment stated that the donation made to the PM Cares Fund would be legislated for the 100% tax detection. This was the tool which was used by the Government to promote the PM Cares Fund.
Just after the launch of the PM Cares Fund the several corporate firma donated the huge amount to the PM Cares Funds for an instance- the power finance corporation with multiple public sector banks and enterprise together donated Rs 200 core to Pm Cares Fund. The ministry to defense also contributed the 1 day salary of all the employees which roughly estimated to be Rs 500 cores. This all of the money contributed is the public money and still this does not come under the categories of RTI. No one will ever be able to know how much is being contributed and how is utilized in what ways.

Amongst all the classic argument which advocates above about the transparency of the bill and having an open government and it’s an appeal to a “people’s right to know”. I consider that two prominent ideas to make government democratic one is to be right to know government held information. I argue that the government has even put a limit of secrecy by not making it a public authority. This is where the judiciary needs to make a proper interpretation of law of what can come under categories of the public authority and what not. If PM Cares Fund does have to come under the Right of Information Act, 2005 then this would be the violation of the Freedom to Information8 which will be in the violation of the Human Rights which should be given effect at the national level through comprehensive legislature .The political authority of the parties should not use their power in the independent power of the democratic state9.

PM Cares Funds are still under many questions. Before, PM Cares Funds there was PMNRF fund then what was the need to make new fund and PMNRF does come under the Right to Information Act, 2005 then why does PM Cares Funds is not counted as Public Authority? There are several cases pending many Public ligation are filled in the courts questioning the same. Everyone has different perspective towards this Bill and its constitutionality whether you are in the favor of the bill for the work it is doing and it made for the benefit for the citizen of India or you would give it a negative remark for the not having transparent the bill.

This blog is authored by- Iesha Sharma