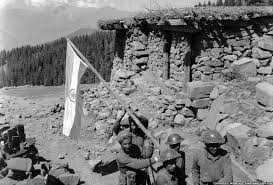 After 1962 indo- China war, where India has faced a humiliating defeat at the hand of the Chinese.
After that their was a massive expansion of army officers, new units were raised, rise in power etc.

On another hand Pakistan become an active member of NATO due to which they were getting cutting edge technology of that time in militaries. Which gave Indian forces a negative technology gap with Pakistan (Indian military technology was inferior to Pakistanis) which made Indian’s number advantage disappear.
After 1962 war when India was still recovering from its condition Pakistan thought they should take its advantage and take Kashmir by force and they started to prepare their army for it.
And on 1965 they saw that Indian army is growing its technology, several many units were showing results and making Indian army stronger. They decided to attack because if they don’t they will lose their technological edge over India. But they still wanted to be sure that they have an edge.

First step toward taking Kashmir by force,
On April 1965 Pakistan attacked on a certain area of Gujarat know as Ranna of kutch in which Indian army outcome was less then Pakistani army and they captured that area. At that time Lal Bahadur Shastri was Indian Prime Minister he decided not to engage in that area which was miss interpreted by Pakistan army that India doesn’t have power to fight which Boosted them to take Kashmir by force now.

After that to settle this Gujarat tension both government signed an agreement of ceasefire in Rann of Kutch.
Second step “Operation Gibraltar”,

Which was designed to infiltrate forces into Jammu and Kashmir to precipitate an insurgency against Indian rule (by Pakistani army).
Pakistani army was going ahead and due to weak Indian border protection they went inside Kashmir and it was estimated that they will cut all its connection with India which results India to call for peace and surrender to Pakistani force.

To Answer that on 6th of September 1965 Lal bahadur shastri took a strong decision and give permission to Indian army to cross the border and invade in Pakistani Punjab and as Pakistani get this information they were in shock because at that time Kashmir was not considered as international border so they though they could infiltrate and can be prepared for Indian army over their which were about to come. But the act of Indian army crossing Pakistani was highly unexpected they thought due to international pressure India will not cross it. They were so sure about it that they put no protection over that area of Pakistan. After knowing this Pakistani army had brought their army back to their land for their own protection. They moved back to their territory to defend their land
And on that day Pakistani dream of taking Kashmir was over (6 September 1965).
It was a 17 days full scale war, In which their were many casualties from both sides. On 22 September, the United Nations Security Council unanimously passed a resolution that called for an unconditional ceasefire from both nations. The war ended the following day.
The United States and the Soviet Union used significant diplomatic tools to prevent any further escalation in the conflict between the two South Asian nations.
India had the upper hand over Pakistan when the ceasefire was declared. Although the two countries fought to a standoff, the conflict is seen as a strategic and political defeat for Pakistan, as it had neither succeeded in fomenting insurrection in Kashmir nor had it been able to gain meaningful support at an international level.
After all these explanation we can say that result of this war was

“India did not win but Pakistan lose”.