When I hear the word justice the first thought that comes to my mind is “fairness”. Fairness to each and every individual of this world. I think everyone could easily equate the justice from what does, or does not takes place inside the courtroom with the judge, a witness, and of course, the counsels in both the tables. Equal justice is provided under the law means; the courts role is to resolve cases and disputes in keeping the law and truth at first. 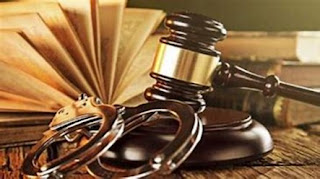 We all know there are courts and judges to grant the judgement but now, the question arises is that do we; the citizens of India do place a little faith in our judicial system could it have working out in better way. If we have trusted our judicial system there would not have been number of cases in the past that questions the country’s judicial system that “Was Justice Actually Served”.

The leading cases of the recent encounters are Priyanka Reddy case and Vikas Dubey case. In Priyanka Reddy case Priyanka was brutally taken by the group of four men, they set her body on fire and blackened her to Death. Was Priyanka Reddy at her fault for; minding her own business, not provoking anyone or being in covered clothes too. When the news of her raped and burned body realised in country the people were constantly thinking back and forth about this encounter.

In the Nirbhaya case there were helplessness, anger and restlessness among people at the inaction as people waited for the verdict 14 years so desperately. But this time the people couldn’t have waited for the verdict for these many years. After the encounter there are many questions that are arising till date. There is one part of me that questions that whether the police had been too merciful with them for letting go from all the Guilt, there is other part of me that strongly believes that the encounter was pleasing. The encounter proved that the, women rights are making up in shielding manners, concernedly keeping the women safe in the first place.

Let’s take another recent case of Vikas Dubey which I have mentioned in the initial of this article. Vikas Dubey considered the culprit of 62 criminal cases that include 5 murders, 8 attempts to Murder and he was also accused of few rape cases. Identically, in this case also, many arguments were put forward by different citizens. Like, did Vikas really needed to be much alive as his interrogation through the police investigation could have revealed out the Deadly mix politics. Also, would have name the traitor within the police and betrayers.

There would have several politicians that needed to be disclosed. But unfortunately, many untold tales got buried with Vikas’s death. While examining there could be many evidences that would have proven that Vikas Dubey was not alone in all the criminal acts. We could figure out the many politicians and policemen who were helping him. the justice to Vikas Dubey was much needed to be served inside the courtroom.

There are contrasting, opinions which many people put forward about this case, some said it was a definite justice to the victims of Vikas Dubey. many arguments say that were plenty of Mafias which were involve in Vikas Dubey case deserves the punishment at most from the court. The encounter can’t really deliver the justice to everyone. Many more Mafia which are not exposed till date. the reason being pre-handed encounter. This was the frightful chapter for all of us! In case of Priyanka Reddy there was immense pressure over the police system and Nation.

The solution is that There should be strict law Reform that should apply to the nation for every infractions and misdemeanours especially in the phrase of time period. People thought that this case also would have gone for years down the line in the court case like Nirbhaya. We can’t just sit and discuss about this. So, whenever we talk about such cases, we should Converse about their reforms too. Till when, we will just be lying to ourselves that the whole country. And turning our eyes, blind to the faulty and unsound system of our country. there is no universally accepted definition of the justice. everyone has their own based on different opinions like honesty, right, fairness, etc. keeping all citizen well-being in mind the justice should be delivered. Fair hearing should be guaranteed depend on majority votes with the time limit of the verdict should be prescribed. The laws should be more rigid so that the citizens could gain trust on judicial system and the act of encountering seizes. And the justice should be delivered transparently.