In India there is a section of society comprising of individuals who can be seen dancing and begging on the roads and sometimes they arrive uninvited on auspicious occasions like child birth & marriage and shower blessings for good health and prosperity in exchange for money or valued items. Individuals of this community are known by various names like Hijra, Aravani, Jagappa, Chkakka, Eunuchs, etc. In 2014 Supreme Court through it landmark decision declared Transgender people to be a THIRD GENDER and affirmed the equal protection and enjoyment of fundamental rights.[1] 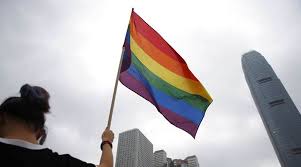 Although recognized recently, Transgender persons had been part of Indian society for centuries. The concept of “Tritiyaprakriti” or “Napunsaka” had been an integral part of the Hindu Mythology and Puranic Literature. In Ramayana, Rama impressed by their loyalty sanctioned them the power to confer blessings on people on auspicious occasion like child birth and marriage. The community which, from the ancient times, is believed to bring health and wealth by their blessing, has always been most marginalized section of the society, largely uncared and unloved and in several instances subject to abuse, exploitation and banishment. With objective to provide protection of rights of transgender persons, their welfare and other related matters an act was introduced in the Lok Sabha on 19th July 2019 by the Minister of Social Justice and Empowerment, Thawar Chand Gehlot in the light of lapse of 2018 bill. The bill was passed by Lok Sabha on 5th August 2019 and by Rajya Sabha on 26th November 2019, and which came in force on 5 December 2019 after receiving the assent of the President of Indian.

The Act defined ‘Transgender Person’ as “a person whose gender does not match the gender assigned to him by birth, and it also include:
1. trans-men and trans-woman, irrespective of whether they had undergone or not Sex Reassignment Surgery or hormone therapy or laser therapy or such other therapy;
2. person with intersex variation which include persons who at the time of their birth show variation in his or her primary sexual characteristics, external genitalia, chromosomes or hormones from normative standard of male or female body[2]; and
3. other persons having socio-cultural identities like kinner, aravani, hijra and jogta.”[3]
The act prohibited discrimination against Transgender persons and penalized any such acts with imprisonment which may vary from 6 months to 2 years, and a fine. The act also provide certain rights to the Transgender persons which are as follows:
1. Right to residence- The act provide every transgender person right to residence and to be included in family. But in case the family is unable to take care of the transgender person, that person can be settled in a rehabilitation center by the order of the Court.
2. Right to education- Every transgender person have right to education and every educational institute funded or recognized by the government shall provide education and facilities to transgender persons without any discrimination.
3. Right to employment- Every transgender person has right to earn their living and for the same no government or private entity can discriminate against them in the matters of employment including recruitment and promotion.
4. Right to health care- The act confers duty on the government to take necessary steps to provide health facilities to transgender person which include separate HIV surveillance centers, sex reassignment surgeries and to provide medical insurance schemes for them.
5. Welfare measures by the Government- The act acknowledged the transgender community as a recognized section of the society. It also confers duty on the government to implement necessary measures to ensure to the participation and inclusion of transgender persons in the society.
6. Certificate of Identity- The act also mentions of a Certificate of Identity for transgender persons which they can get by making an application to the District Magistrate, indicating the gender as ‘transgender’.

The act also mentions of a Council for the purpose of advising the Central Government on the matters relating to Transgender Community as well as to monitor implementation and impact of the policies, legislations and projects made with respect to Transgender community. The Council will also redress the grievances of the people of the community. The composition of the NCT is as follows:
1. Union Minister for Social Justice (Chairperson)
2. Minister of State for Social Justice (Vice-chairperson)
3. Secretary of Ministry of Social Justice
4. One representative from ministries including Health, Home Affairs and Human Development.
5. Representatives of the NITI Ayog, National Human Rights Commission and State Government.
6. Five members from Transgender Community
7. Five members from Non-governmental organization.

Criticism of the Act

Spite of the various merits of the act, the act was widely criticized by the transgender community, students, activists and lawyers on the various grounds which are as follows:
1. The act was made on the basis of assumptions which were based on stereotypes and no one from the community was asked about what they actually need.
2. Supreme Court through its decision in National Legal Services Authority v. Union of India[4] gave transgender persons the right to self-identity and the requirement of an identity certificate issued by the District Magistrate will violation of this right, as without this certificate they will not be able to change their gender.
3. The act punishes the act of sexual abuse against a transgender person but it fails to define the term ‘sexual abuse’ in relation to Transgender person. In the case of rape of a cisgender woman the minimum punishment is 7 years which can be extended up to life sentence where as in the case of transgender person the maximum punishment can only be of 2 years of imprisonment with fine, for any kind of abuse or discrimination committed against a Transgender person.[5]
4. The act does not provide any reservation to transgender community for their upliftment and to ensure their participation in education and employment.
5. The act is also silent on things like marriage right, property rights, child adoption, social security or pensions.
6. The act also abolished begging on the streets and in auspicious occasion which was the mode of survival of the most of the persons of the Transgender community.