India the largest democracy of the world which is governed by a written constitution. Indian democracy is supported by its three pillars, i.e, Legislature, Executive and Judiciary. All three together constitute what is called “The Check and Balance “wing to keep the Governance of our Democracy on even keel. However in a country, Judiciary plays a prominent role of interpreting and applying the law and adjudicating upon the dissensions between one citizen and another and between a citizen and the state. 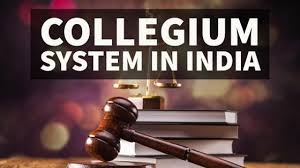 In a country like India with a written constitution, judiciary have the additional function of safeguarding the supremacy of the Constitution by interpreting and applying its provision and keeping all authorities within the constitutional framework. An authority which is entrusted with such great responsibilities should be independent, impartial, honest and competent and thus judicial appointment should aim at to provide a reliable means for identifying the persons possessing these qualities, and to do it in a legitimate manner, in order to sustain public confidence in the judiciary.