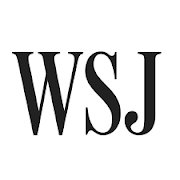 Indeed, growing technological advancements have its own hurdles to cross. The world is expressing a transition from the state of no data to data in abundance. This invites glorified wrangling pertaining to pros and cons of media usage by populace today. Time and again, popular social media handles have been looked with a heightened eye brow. It has been roughly two years when one of the most celebrated social media platforms, namely, Facebook was accused of sharing the critical data to a researcher who was working at Cambridge Analytica and subsequently that data was exploited during the election campaign of President of USA, Donald Trump. This news stormed the settled stage for Mr. Trump and people widely condemned this trickery. The clamour and disgrace questioned the very spirit of tranquility and privacy of information.

Seemingly, Facebook has again failed to comply with its own policies on hate speech by not deleting the posts that target religious minorities, castes in India. Despite constant pressing on tracking the posts that bear hate speech, astonishingly, much less has been done. The report by South Asia American Human Rights Organisation, after comprehensive vetting articulated that out of all posts that were removed, over 40% of them were restored back in a period of about 90 days on an average [1]. Most of the posts (ones that were restored) were Islamophobic in approach and character. It highlighted that over 90% of the posts promoting violence, xenophobia, misogyny and characteristics of igniting public turmoil remain on this social media, notwithstanding the fact that they were reported. This stands in deep contradiction of the Tier 1 hate speech policy standards, which potentially disturbs the milieu. Another major issue with Facebook India is that the guidelines on hate speech aren’t translated into languages that are commonly spoken, it has the headlines in local languages, and the following text is in English.

Yet again Facebook undermined its echelon, and now is certainly gulped by clouds of despair and resentment. The recent report of The Wall Street Journal has shown how ossified the implementation of hate speech rules is in India. Ankhi Das, the top policy executive of Facebook in India was accused of sheltering hate speech content posted by BJP’s T. Raja Singh. It was stated that she harbored the unethical act fearing the consequences of standing in stark opposition of the ruling party. Mr. Raja Singh is the MLA in the Telangana assembly and is infamous for publicly making provocative and jingoistic comments. When Mr. Singh was questioned by The Indian Express, he said “Facebook did not communicate with us when they took down our official page in 2018. Now, many different supporters across the country have been making pages in my name. We cannot stop anyone. We do not have control.” He claimed that he posted no controversial post on social media and also his page was inoperative.

The report also emphatically brought into light the facts like Facebook India is quite unwilling on applying hate speech policies to a politician of BJP and the “Hindu nationalist individuals and groups” [2]. Facebook India chose to violate its fundamental policy rather than jettisoning the bigotry on its platform.

Additionally, there has been news in the past as well, when US newspaper stated that Ankhi Das has provided BJP with “favourable treatment on election-related issues”. Moreover, quite many posts made by Mr. Singh and another BJP politician, MP Anantkumar Hedge, which were brimming with the anti-Muslim sentiments weren’t deleted until the reporters of Wall Street Journal highlighted the sensitive issue.

The report also mentioned that some of the posts made by Mr. Singh were deleted after WSJ (Wall Street Journal) instituted a query in the aforementioned news, now those can be no longer found, and also that now Mr. Singh is not allowed to have or operate an official account.

Andy Stone, Spokesman of Facebook said that Ankhi Das “raised concerns about the political fallout” but her opposition “wasn’t the sole factor in the company’s decision to let Singh remain in the platform” [3]. Facebook India Vice-President and Managing Director Ajit Mohan said that Facebook is “non-partisan” and strictly denounces bias of any kind. He firmly said “We take allegations of bias incredibly seriously, and want to make it clear that we denounce hate and bigotry in any form”. He added that the social media has been transparent, non partisan and open platform where everyone is free to express their views. And also that Facebook follows impartial approach, applying its policies globally without favoring a political, cultural or religious belief. Stating the fact that catena of accusations of bias have been put on the platform, he reaffirmed that Facebook continues to remove posts that violate the community standards.

With access to information comes the responsibility to use it in the betterment of not just self but of society as a whole. In this instant, Facebook should strengthen its implementation of policy standards, in the place of cajoling the crowd. They cater the onus of helming the integrity and trust in public. And such revelation of facts discourages the authenticity that each one of us places while posting and checking feeds on Facebook.

In this era of technological savvy people, it is imperative to negative even the trivial chances which could give rioters the reason to cause havoc. All social media platforms should always keep a hawk’s eyes on the people who post or share discomforting content on the public platform. They should be watchful enough to curb such people from causing any upheaval in the society.