Currently, marijuana, or more popular weed, is an illegal drug in most countries across the world. Recently, some countries including Zimbabwe have legalized the recreational use of the drug. While the reasons for such developments are open to debate, it is no doubt that the drug raises mixed reactions across all sectors of the economy. 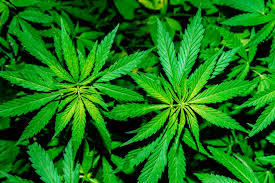 Most of the people who oppose the legalization of the drug have cited many health concerns regarding its use and its association with crime. However, supporters of this contention argue that the drug is not harmful to the users and that it is indeed helpful in the health and medical sector. Regardless, the legalization of this drug has both pros and cons ranging from societal to individual impacts.

THE PROS OF LEGALIZING MARIJUANA

The most cited benefit of drug legalization is the social aspects that it positively holds. The criminalization of this drug is an unwarranted intrusion of individual people’s rights including their freedom of choice. Furthermore, the comparative effects of the drug are no less than that of the drugs and substances that are legal in most countries. For instance, alcohol and tobacco are both legal in almost every country yet their effects are more adverse to the health of the users compared to that of marijuana.

The patrons of legalizing recreational marijuana say it will add billions to the economy. According to the recent researches conducted by Cato, If marijuana is taxed similarly to tobacco and alcohol it would yearly generate an additional $8.7 billion in federal and state taxes and also remove $8.7 billion from expenditures. It is contended that regulating marijuana will lower street crimes.Furthermore, legalizing the production, transportation, and sale of marijuana will take the business away from the drug cartels and other organized crime by doing so it will make marijuana use safer through required tests, child-proof packaging, and labeling, henceforth it will boost the economy of the nation.

The legalization of marijuana for medical reasons is viewed to befavored by many. Recent studies have pointed out the health benefits of marijuana in the prevention of diseases such as cancer, AIDs, and glaucoma. Some of the medical doctors strongly affirm that marijuana is safer than some other medications prescribed to treat the same symptoms, for example, it is said that it can be used instead of opioids for pain management, as opioids are highly addictive and are typically not recommended for long-term use in treating chronic pain. However, cannabis does not need to be smoked to be medically beneficial.

Moreover, legalizing marijuana would save a lot of governmental resources, it will free up scarce police resources, and stop the huge racial disparity in marijuana enforcement. Instead of policemen using government resources on minor offenses such as possession of marijuana, they would use those resources for serious crimes like human trafficking and terrorist attacks. Furthermore, legalizing marijuana will unlock a new market that will open up thousands of job opportunities and promote economic growth.

THE CONS OF LEGALIZING MARIJUANA

Legalizing marijuana without restrictions may subject to drug abuse and addiction, it also causes high rate street crimes for example fighting which leads to assault and battery especially in the US these crimes are so prevalent. If marijuana is legalized it will increase teen use, and lead to more medical emergencies.Due to drug abuse, a lot of young children will be admitted to hospitals because of a drug overdose and traffic deaths from driving while high, and this is going to require a lot of medical resources.

If marijuana is legalized, that revenue from legalization falls far short of the costs that the nation is going to incurin increased hospital visits, environmental damage, addiction treatment, workplace accidents, crime and lost productivity. Marijuana use harms the user physically and mentally. Often, marijuana users experience impaired short-term memory, they usually forget things easily and face difficulties in retaining information, and if not treated in the early stages it can cause permanent damage. Moreover, marijuana users are addicted, most cannot go for a day without smoking some. At the stage of addiction, a marijuana user is unable to function stably without the intake of the drugregularlyand if they go for a day without smoking they start shaking and showing some withdrawal symptoms and that’s why it should be strongly discouraged, not legalized.

The prolonged use of marijuana arguably leads to decreased brain performance and alters the intelligence of an individual thus, individuals who have a historical reputation in the use of marijuana are reported to perform lower on intelligent tests compared to others who are free from the use of the drug. Marijuana can cause paranoia, anxiety, depression, and panic attacks often related to high concentrations of THC. Marijuana decreases anxiety in the short term but as the effects wear off, there often is rebound anxiety which is often at a greater level, therefore, marijuana should not be legalized otherwise we will be killing future generations.

The use of marijuana on a regular has a direct correlation with deterioration in the general health of the concerned person. According to recent research, it has been indicated that most marijuana users are short-tempered hence, the increased gang violence. If a pregnant woman uses marijuana, the drug can affect the child’s brain development, attention span, memory, and problem-solving abilities and that is why it is strongly discouraged to take when one is pregnant.

1 thought on “The Pros And Cons Of Legalizing Marijuana”