The way in which Sushant Singh Rajput’s death is aired shows what ‘narrow casting’ is. It has been more than two months to his sad demise but media is still awry. This unfortunate incident has become one of the popular examples of how media is solely concerned with boosting revenue by rigorously covering circumstantial evidences collected through varied sources. 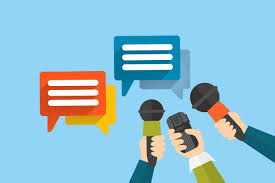 Most of the media houses are inundated with news surrounding the suspects, evidences and controversies, probably knitting this case. This is unpleasant as currently India is already grappling with many more serious issues, like unending pandemic menace, floods, distressed economy, India-China relations, etc. But many news channels are ardently devoting most of their time in covering stories of aforementioned case. It is alarming to realize where media has come down to. This downward spiral is wrecking the authenticity we place in them. These constant insinuations, blame-game is weakening the role of media.

We must not forget that media is said to be the fourth pillar of democracy. The staunch reliability that people, purposely place in its ambit is commendable. And as it is said, with power comes the responsibility; the dire need sprouts to replace populist ideas with popular ideas. These media houses are evincing a major debacle by not coverings other stories concerning the exponential rise in corona case and the stress induced on healthcare systems. Also this includes the plight of migrant workers who are pulverized to struggle even for basic amenities. The constant hike in tensions behind India and China that has a potential of escalating military conflict has also found less mention in electronic media.

On the contrary, what is troublesome is that maybe these media channels have transferred to investigative agencies, and thereby playing the role which ought to be performed by the Central Bureau of Investigation (CBI), the police, and other like agencies. These channels are recklessly indulged in competing with one another to show minor to major developments in the case, and sadly that information is neither verified nor coming from any authetic source. Most of it doesn’t even have any evidentiary value. Largely, the information collected is through telephonic records, WhatsApp messages and other video recordings. Why these records should not be trusted is because there is a high probability of tempering such records and putting them up to turn the case in pre-decided direction. Moreover, many a times WhatsApp messages stood in clear contradiction to other sets of messages. Secondly, media channels also invite guests who are presumed to be analysts and experts on the facts of case and also on other similar cases. Thereafter, starts the debate and commotion, downgrading the fact that most of the information given by them is incomplete and unfound. This leaves a room for wasted stipulation, ending in bemusement.

What adds to vexations is that some channels ostentatiously claim that they have gained information relating to the case from agencies like the CBI and the Enforcement Directorate (ED). The authorities need to dig the fact to its very root, and if this claim is baseless then surely some strict action should be taken against such channels. However, if this claim is true then it adds more misery than imagined because it will directly assault the reputation and secrecy policies of these premier investigating agencies. Furthermore, such instances might question not only the creditability but would also give a valid ground to institute a legal suit against them, in case these revelations don’t correspond to the facts discovered.

In addition to this, the Press Council of India firmly advised all media platforms to strictly adhere to the journalistic norms, it reads as: “The media should not narrate the story in a manner so as to induce the general public to believe in the complicity of the person inducted. Publishing information based on gossip about the line of investigation by the official agencies on the crime committed is not desirable. It is not advisable to vigorously report crime related issues on day-to-day basis and comment on the evidence without ascertaining the factual matrix. Such reporting brings undue pressure in the course of fair investigation and trail.” [1]

On the other side of the coin, media channels are trying to portray this case as a ‘national importance’ and in the same spirit they have dwarfed almost all other major issues faced by nation. This shows how the lack of judgment has hampered their progressive approach, changing into regressive one. It seems that only some digital platforms and print media are diligently doing justice to their job, other than that electronic media is blind in promoting opinions of demagogues.

Media has always played a pivotal role in disseminating information in various domains. And more often than ever, there have been instances of constant misuse. Like, Peter Erdelyi who is editor of the Hungarian news portal states how media capturing under Prime Minister Viktor Orban is meddling with the authenticity framework. He opined: “Powerful oligarchs aligned with the party have acquired 18 independent newspapers in recent years. The government now controls a network of 476 print, radio and television news outlet.” [2] In the same manner social networking sites have been prone to kindling misinformation and fake news; belittling the trust and reliability people show in it.

Media should demonstrate rationality and accountability while covering news of miscellaneous categories. It is highly pertinent that media houses must realize that its chief aim is to uplift journalism for public good, rather than narrowing it down for the purposes of boosting Television Rating Point (TRP). So far melodrama surrounding actor’s dead has already taken hold of social media and it’s time for other electronic media platforms to step in and fill in the gap created by constant bombarding of unverified information. It’s the right time to awaken the very spirits of constructive journalism.