The disaster of COVID-19 and the ensuing lockdown has had grave effects across all verticals of our middle-class society. And not just the proletariat , all the economic sectors – enterprising, salaried, non-salaried are affected due to the ongoing economic crisis. However, in any such large-scale abnormality, the worst affected are always the one living below the waterline i.e. the destitutes, famished or underprivileged. On top of that, what has recently emerged as a new class of poor and outcasts ,already battling for identity as Indian nationals, the unrecognized tribals who are left out to eke out their survival on their own. Among all of the classes of these stateless chaps, one of the most strikingly visible are the Rohingyas. For long been touted as “illegal settlers” from south-eastern nations of Myanmar and Bangladesh, these 40,000 odd members of the Rohingya community dispersed throughout the nation in sizeable pockets and groups,  face a draconian present and an uncertain future in these times of utter mayhem. Since an overwhelming majority of the Rohingya people are deprived of any stable source of income and rely solely on odd jobs like manual scavenging, rag picking, and sanitation works, much like most other slum-communities, sustenance becomes a tough act for these at- risked communities. 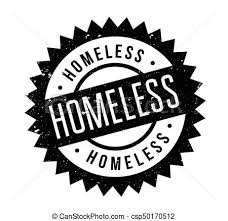 Much like the predicament of Dharavi Dwellers, the Rohingya camps and clusters in the NCT of Delhi and adjoining areas are not well-off to maintain proper social distancing measures. Living in crammed, congested and poorly-ventilated urban hovels, the densely-populated slums and camps inhabited by these people act as breeding grounds for the disease. Often, access to proper healthcare and medical services is a far cry for these marginalized communities, even after Govt.- run subsidized outreach programmes try to carry out treatment and other basic medial necessities to the the lower rungs. Delhi Govt’s Operation SHIELD, a state-funded programme to contain the spread of COVID-19 in the Delhi-NCR region,  has proved of immense  relief to many, with food and shelter camps providing basic necessities to stranded migrant labourers and other vulnerable groups, however, stigmatized communities like Rohingyas have so far mostly remained devoid of any such measures. Rohingya settlements in the National Capital- Khajuri Khas, Madanpur Khadar and Kalindi Kunj began reporting occurrences of COVID-19 contamination, way back in March, but their corresponding access to improved healthcare and vaccination facilities remained in dearth. Also, the imposed lockdown posed a problem infront of the  local healtcare units of such refugee camps, with respect to transportation of patients, check-up and treatment of residents referred to Government Hospitals in the City. According to a report of UNHCR scanning the conditions of Rohingyas under lockdown, the patients referred to Safdarjung Hospital in New Delhi were either denied proper medical assistance or help or unhindered passage to neighbouring medical centres and clinics. Most of these slum dwellers were provided medical assistance or other essential supplies , such as masks ,sanitizers, soaps etc. were distributed by UNHCR and it’s partner organizations, along with a few local NGOs working for the welfare of the Rohingyas. On the legal foot too, things look pretty tense for these vulnerable groups, with little to no support arising from judicial activism. A petition asking for relief packages for the Rohingyas was rejected by the Delhi High Court . The Court, in turn, suggested the petitioner to look up the same concern with the nodal officer.The respondent’s counsel contended that the specified Rohingya settlements were being adequately supplied with ration via the hunger camps set up close to them.The reality, however, remained a tenent to the residents of these camps only.

In a society, financial stability is the most primal requirement in order to lead a contentful life. Let alone tenets of human existence, livable atmosphere, education, social justice etc, one can’t even think of living on meager ends without monetary support . The principles of “Right to employment” are enshrined in Part iv of our constitution, forming a vital organ of the Directive Principles of State Policy.The DPSPs, though not explicitly enforceable by law, morally and socially act as guardians of the human rights of every citizens. In the landmark case of Olga Tellis vs. Bombay Municipal Corporation, upheld the contention of the respondent that the “Right to employment” intrinsically   forms an extension of the “Right to Life” guaranteed under Article 21 of the Constitution, as meager animal existence would not satisfy the vision of the Constitution to provide a holistic atmosphere for the overall lively existence of a citizen. It was held that right to livelihood formed the backbone of the truism of right to life and adequate means of living for everyone, and any curtailment of the same would be equal to depriving a person of his/her fundamental right to live with dignity.

The tenure of nation-wide lockdown has had extensive impact on the earning and salaried class of India citizens who face deductions, firings and other cost-cutting methods by the hands of their employers. Usually it is a conception that this scenario is limited to unorganized sectors, or the blue-collar market, however, the recent climate of unprecedented downfall has laid bare the insecurities of the organized and white-collar work sector as well. With the manual-labor industry worst hit in decade, it’s more harsh to see the hardships faced by the innumerable seasonal, daily wage and landless laborers, left alone to fend for themselves. The migrant exodus back in March-April should have been seen as welcoming gesture to strengthen and revive the local state economy and encourage home-grown produce ,instead was met with unjust and arbitrary sanctions by the Government. On  May 8 ,2020 the Government of Uttar Pradesh promulgated the “Uttar Pradesh Temporary Exemption for Certain Labour Laws,Ordinance, 2020” thereby suspending many notable labour laws operational in the state for a period of 1000 days. BY way of this ordinance, all factories, businesses and industries in the state became free form the purview all labour and employment regulations, save for four-

Building and Other Construction Workers Act,1996 , Workmen Compensation Act,1923 , Bonded Labour Act, 1976 and Payment of Wages Act,1936 (S.5).The said ordinance is sought to give impetus to the fragile industrial sector to recover  and new units to grow, while the trade deficit and production  is cured naturally over a couple of years.The move is also motivated to provide a congenial location for foreign industries to relocate the shift base of operation, at the same time has the effort been done to restructure and the indigenous industrial economy by minimizing the need for newer manufacturing units and strengthening the exisiting ones;The prospects of the employees, though, get eliminated in this process.With the ordinance suspending many vital labour laws relating to wage, union and dispute resolution, The poor workers might not have much a choice left but to work under the subsisting conditions. With the current labour regime, the laborers might be at the anvil ,where the employer would dictate the terms of employment and deny credible accountability. Also, a ban on trade unions (Under Trade Union Act,1926) would choke the passage for easy and swift resolution of dispute  arising between employer and the employees.

Similarly, the absence of  Minimum Wages Act,1948 would perpetrate exploitation of workers through non-payment of overtime pay and other incentives, without the Industrial Dispute Act,1947 , terms of employment between workers and employers can be comprised and the workers may not able to get access to fair and just redressal of their issues related to exploitation, unrightful dismissal , differences with the employer etc. among others.This Ordinance basically grants virtual autonomy to the industries to stamp upon the rights and conditions of fair employment of workers ,in pretext of revival of their economies, thereby causing harm to the dignity and integrity of labor. Rampriya Gopalakrishna, a noted labour law advocate, expressed his resentment of this move by calling is ‘unacceptable’ and ‘in violation of all human and fundamental rights’ that would create ‘slave-like conditions for workers’. With the factories and industries i.e. sectors which rely on wage labor preparing a return to normalcy, it is likely that other states too follow the course of UP government’s labour law amendments.

Another grey area that requires the ear of the concurring governments are the ambiguous provisions of the Inter-State Migrant Workemen Act,1979 . Since a hefty proportion of the migrant workers are infact seasonal travelers who find work in some other state for a period of 4-6 months, it becomes a mandate that labour laws provide an adequate representation of the interests of these people. ISMW Act makes it obligatory for an employer to make necessary arrangements for the welfare and comfortable working conditions of the migrant workers, besides maintaining a record of all such workers that are employed in his establishment. Failure or denial on the part of the employer to register details of all such migrant workers and obtaining approval from the state authority from where such migrants might be based out of , or non-complaince of any of the safety regulations with respect to employment conditions shall attract criminal libiality.

·        Somesh Jha , “Adityanath Govt in UP to Suspend Key Labour Laws, Workers’ Rights for Three Years. (The Wire, 7 May 2020) ,Accessible at – < https://thewire.in/labour/adityanath-govt-in-up-to-suspend-key-labour-laws-workers-rights-for-three-years>