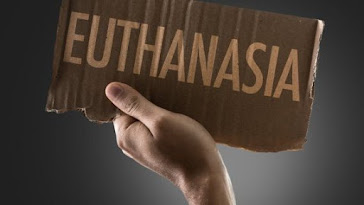 “My aim in helping the patient was not to cause death. My aim was to end suffering. Euthanasia got to be decriminalised” – Jack Kevorkian.

This quote succinctly captures the belief of many doctors and advocates who support the legalisation of euthanasia for the facilitation of an unchallenging end to the painful suffering of the patients. The life of a human being is mainly about his dignified existence. Therefore, the ambit of the Right to Life under Article 21 of the Indian Constitution has been extended to include the right to life with human dignity. The metamorphosis of the right to life into right to life  with human dignity is a laudable interpretation by the judiciary while delivering judgments in landmark cases. The argumentation surrounding the faith of Euthanasia is about the conflict between the religious principle of the divinity of life and the acclaimed fundamental law of dignity of life.

Euthanasia is the intentional termination of a patient’s life by an act or omission of medical care.[2]Euthanasia based on the consent can be classified as voluntary when the patient requests for the same and involuntary where he might not be in a position to ask for it (perhaps because he is in a vegetative state). And also as active or passive based on the process through which life terminated. Active Euthanasia involves an act of physician-assisted suicide (PAS) in which the terminally ill patient is offered access to lethal substances which is administered by the patients themselves  or through the help of a physician. This process is also known as voluntary active euthanasia, which terminates the patient’s life. This mode of euthanasia is considered illegal and is deemed as an act of suicide, which is made punishable under Section 309 of the  Indian Penal Code.

The same principle was justified by the Constitution Bench of the Supreme Court in the year 1996 in the case of Gian Kaur vs the State of Punjab[3]. In this case, a major controversy took place between the applicability of Article 21(right to life) of the Indian Constitution and Section 309 of the Indian Penal Code (punishment for attempting suicide). The Court upheld that the right to life enshrined under Article 21 does not include the right to die and therefore reinforced punishment for the same. Another legalised and widely acknowledged method of terminating life is Passive Euthanasia, where nothing is done to prolong the life of critical patient either by withdrawal from a life support system or by withholding of medical treatment. Therefore it constitutes an act of omission.

The legalisation of Euthanasia has been a topic of discussion in the society since times immemorial, but in India, a significant step advocating its legalisation was taken in the year 1985. It was a commendable measure where a private Bill was moved in the upper house of the Maharashtra Legislature. The Bill introduced a provision mandating legal protection of doctors against any civil and criminal liability if they indulge in administering passive euthanasia to terminally ill patients. Later another Bill was introduced in the Lok Sabha in 2007 titled “The Euthanasia (Permission and regulation) Bill, 2007   by C.K Chandrappan, a member of Indian Parliament, who supported the painless and benevolent termination of the unbearable suffering of the patients who have gone into a persistent vegetative state (PVS). It highlighted the necessity of Euthanasia on the pretext that an individual must have the freedom to put an end to his relentless pain and suffering soberly and decently when there no hope for his recovery  is left. The Bill was a genuine and pragmatic move in this direction; however, it failed to become a law.

“Marte hain aarzoo mein marne ki Maut aati hai par nahin aati”- Mirza Ghalib (A famous Urdu poet. This saying was appropriately quoted by Justice Markandey Katju while delivering the 141-page judgment in the case of Aruna Ramchandra Shanbaug vs. Union of India & Ors.[4]It summarised the anguish and pain of a terminally ill patient who wants to be set free from the intransigent misery of pain by embracing death with open arms. The life of a human being is placed on the highest pedestal of law. Still, it must be noted that this life could have ended naturally due to irreversible conditions of the patients had it not been for the rapid evolution in the scientific and industrial field of healthcare. The life of such patients is prolonged medically through ventilators, heart-lung machines, artificial feeding, etc. But there must also be a comprehensive understanding into the extreme physical and mental suffering of such patients who are forced to go through unbearable pain.

Adequate consideration must be paid to the socio-economic problems and the emotional suffering of such patients and their family members. In a welfare state like India, there is no significant healthcare provision as healthcare spending by the government is insufficient and is burdened due to the vast population. Therefore all major health expenses are usually drawn from an individual’s pocket. This adds to the financial burden on poor households who spend all their lives earnings in the treatment of their family member whose medical condition is irreversible or incurable. This financial drain pushes them deep into the vicious circle of poverty. As per the WHO Report, 87 percent of the total health expenditure of the Indians come from their private spending. Another shocking report from WHO depicted the real picture of the Indian healthcare system by stating that almost 40 percent individuals in India are forced to borrow money or sell off their assets to cover their healthcare expenses. All these reports indeed conclude that the spending by the families to prolong the life of terminally ill patients through assisted mechanisms is  a short-sighted economic approach which would put the entire family under a debt burden adding to the suffering of the patient.

Another compelling argument for the legalisation of Euthanasia lies in the fact that delivering a clear picture of the timing and the manner of the death to the dying patient would provide a form of ‘psychological insurance’ and would also assuage the stress related to the dying process. Illegalising Euthanasia would also be deemed as a violation of Article 14 of the Constitution which enshrines the fundamental ‘Right to Equality’ subjected to intelligible differentia. In light of this, the reasonable classification must be made with respect to the deteriorating conditions of the terminally ill patients. They die a painful death every day of their existence. It would be necessary to evaluate euthanasia in the light of the right to abortion, as a reasonable classification is  made under the right to equality in the case of latter. In the case of abortion, the pregnant woman has been given the liberty to abort the foetus in certain exceptional situations, and analogously laws must be made to deliver the right to euthanasia in rare circumstances. This raises the question as to why intelligible differentia is legally permitted in case of abortion but not for terminally ill patients. The right to equality in the case of terminally ill patients who wish to die with dignity must be preserved at all costs. Another valid point in this favour is in lieu of the distressing reality surrounding the euthanasia debate where the patients have to themselves fight for their right to  live with dignity which is available to children and women, backward classes and disabled people who enjoy the full backing of the “Right to Equality”

It has  been witnessed through the historic precedents laid down by the Apex Court of India, that life does not mean mere animal existence, but it means a dignified life.[5] The legalisation of Euthanasia is deemed to be contrary to Article 21 of the Constitution, which protects the right to life. But it must be acknowledged that the plea for euthanasia is made only in exceptional cases where life and the agony become intolerable, so the law must not pressurise individuals to undergo an inhuman and cruel phase of life. The apex court strictly prohibited the infliction of inhuman and cruel treatment on its  citizens in the case of Sunil Batra v. Delhi Administration,[6] so the same must be observed in the case of euthanasia.

The legalisation of Euthanasia by a few countries offers strong support to India’s battle for euthanasia and also a call for stringent provisions. Despite the judgements pronounced by the Indian Judiciary for the right to die, there is still a need for renewed approach by analysing various aspects which support the legalisation of Euthanasia. The debate and the judgement for euthanasia must be made in light of the Constitutional Law rather than the Criminal Law. As passive euthanasia has already been granted by the Court in exceptional cases, there is need to revise the criminal liability of the physician-assisted suicide so that active euthanasia can be considered as a mode of terminating life as well. These arguments for euthanasia must be seen as an urgent appeal to alleviate the suffering of the patients on humanitarian grounds. In the present situation, there are two possibilities, either legalize and regulate euthanasia to guarantee the safety of all, or we can continue to allow a secret and dangerous black market in death, inter alia, of terminally ill patients.[7]A substantive decision legalising euthanasia to put a full stop to endless suffering is, therefore, the need of the hour.

3 thoughts on “Euthanasia: A Full Stop to Endless Suffering”