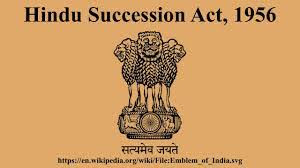 Introduction
The Supreme Court Of India on August 11th, 2020 gave a landmark ruling with regards to the Hindu Succession Act. It was held that daughters would have equal coparcenary rights in a Hindu Undivided Family properties even if they were born before 2005 and regardless of the fact whether their father had died before 2005 or not. This judgment was given by a three judge bench comprising of Arun Mishra, S Abdul Nazeer and MR Shah.

History
From the 1900’s to 2020, there have been several changes in the laws regarding what share of the property do females get in a Hindu Undivided Family(HUF). As termed by the experts, the Classical Law period which is from 1860-1937 saw one of the first significant changes with respect to the laws for females in a HUF. In this time period, a new law was passed which stated that no widow had the right to demand partition but on the other hand the widowed mother received a certain when there was a partition between brothers in the family. Moving onto the act which was passed in 1937, there was a huge development regarding the rights for widows in a HUF. Finally in this Act it was stated the right to partition will be given to widows and this gives them the right to step into the shoes of the deceased coparcener. It was also mentioned in this act that the widows only had a limited right and didn’t actually have the right to alienate whenever they wanted to. This entiremove was not welcomed by the entire population of India and received severe backlash from certain parts of the population. Some say, this was the first step to females getting equal rights when it came to properties in a HUF. Now swiftly moving onto 1956 when the next amendment was made in the Hindu Succession Act. This as said by many experts is said to be one of the most significant developments with respect to female rights to property in a HUF. This amendment tweaked the famous Section 6 in the Hindu Succession Act. This section contains the list of Class 1 heirs which in simple terms shows the list of family members who will be first in line to get property when a partition takes place in a HUF. In the 1956 amendment, the mother, daughter and a widow were also added to the list of Class 1 heirs. This meant that now the mother, daughter and a widow would be first in line to get property in case a partition takes place in a HUF. Another significant amendment was with respect to Section 14 of the above mentioned act. Now this particular section would have retrospective effect for females including widows. This section states that any property which is owned by a female Hindu, whether acquired before or after the commencement of the said act shall be held by her as a full owner and not in a limited capacity. This was a monumental step in terms of females getting equal rights with respect to property in India.

21st Century
Now fast forwarding to the 20th century, specifically to 2005. Legal experts across India deemed this as one of the most progressive moves that the Indian judiciary have taken in past few decades. In the 2005 amendment to the Hindu Succession Act, 1956 it was stated in Section 6 of the act that daughters are coparceners. It was further mentioned in the section that the daughter of a coparcener by birth will become a coparcener just as a son in the family would. It is mentioned in sub-section(b) that the daughter of a coparcener will have the same property rights as she would have had if she had been a son. Lastly in sub-section(c) that the daughter of the coparcener will have the same liabilities in respect of the coparcenary just as a son would. Even though all this was a great move by the government, there was a caveat in all this. The caveat in this case was that for this section to apply the daughter and the father would have to be alive on September 9th, 2005( the date the amendment was passed). This caveat was not welcomed by a lot of the population as this set a condition that had to be fulfilled before the right would be given to the daughters.

Current Day
Now coming to the Supreme Court judgment passed on August 11th, 2020, this has to be one of the most revolutionizing judgments in the family law field. The Supreme Court of India ruled that a daughter can claim an equal share in coparcenary property irrespective of when she was born and if her father was alive or not at the time the amendment was passed in 2005 (September 9th, 2005 to be exact). The Supreme Court in this judgment has emphasized that the coparcenary rights are acquired by a daughter at birth irrespective of the fact whether the daughter was born before or after the amendment to the Act was effected. Also since the rights have been acquired at birth, it doesn’t matter if the father was alive or not at the time of the amendment. The only limitation in this case is if the property has been disposed by other means prior to December 20th, 2004 (date provided in Sec 6(1) of HSA).

Conclusion
Overall, I feel this is an extremely great move by the Indian judiciary. This is another step in the right direction, this is a step towards gender equality. The Indian judiciary in the past have been questioned over several conservative minded judgments but this is surely a step in the right direction. This judgment will help the daughters of a HUF get what they truly deserve. I hope that in the years to come there are several more judgments with this mindset which will promote gender equality and take Indian to even greater heights. There are several issues in India that need to be tackled with respect to gender equality and I hope that those issues are also resolved in the years to come.