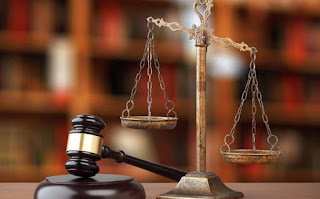 A Suo Moto cognizance is a Latin term which is defined as measures taken by a government agency, court, or other authority on their own discernment. When the court gets the information about the violation of the rights of humans or breach of duty through media or by a third party, then Suo Moto Cognizance is taken by the Court. The reason behind Suo Moto cognizance by the court is to broaden the reach of justice to that person who is not able to access the court for some reason.

The term PIL was introduced by Justice P.N. Bhagwati. Article 32 and Article 226 of the Indian constitution impute down the provisions for filing Public Interest Litigation (PIL) in Supreme Court and High Court respectively. In this way, power is given to the courts to initiate legal action on their cognizance of matters when it comes to the violation of rights.

Under Article 131 of the Indian constitution, Suo Moto Cognizance of the Supreme Court is given. Article 131 of the Indian constitution endows the Supreme Court with Original Jurisdiction over any discourse arising between the states or between center and state. This article gives power to the Supreme Court to initiate cases directly in the highest court of the country without going through the lower court or reviewing the judgment of lower courts. Suo Moto cognizance by Indian courts is a reflection of Judicial Activism. To initiate the Suo Moto cognizance, the prior consent of the Attorney General is not required.

WHAT IS JUDICIAL ACTIVISM?

There is an active role of the Judiciary in upholding the constitutional values and ethics under the constitution. Judicial Activism is a term which states that the decree of a court is based on political and personal prudence of the judges based on the issues before the court. It decided on the court ruling based on personal or political factors rather than on current or existing legislation. In the words of Black’s Law Dictionary, Judicial Activism is the conviction of judicial pledges whereby judges give their personal views about public policy based on other factors to escort their resolution.

A new meaning is given by the court to the provisions to action the switching social or economic conditions or broadening the rights of an Individual is an activist court.

There can be pros and cons of Judicial Activism:

·         The decision of judges becomes a standard for deciding other cases. (Cons)

·         Judicial Activism gives power to the judges to use their own prudence in cases where laws failed. (Pros)

·         Any laws can be overridden by the judges that clearly indicate the violation of the constitution. (cons)

·         Judicial Activism gives the speedy resolution where the legislature stuck in the issue of majority. (Pros)

There are some of the landmark judgments related to Judicial Activism:

1. In Hussainara Khatoon V State of Bihar, a writ petition is filed under article 21 of the Indian Constitution. It was accepted by the apex court and it was held that the Right to a speedy trial is a Fundamental Right.

2. In Sunil Batra V Delhi Administration, Epistolary Jurisdiction was exercised by the court and it was held that the technicalities cannot stop the court from securing the civil liberties of the individuals.

The former Chief Justice of India Justice J S Verma said, “the judiciary should only compel performance of duty by the delegated authority in case of its failure, while to take function allocated to another branch by Judiciary is unsuitable. Judicial activism is pertinent when it is in the realm of licit judicial review. It should neither be judicial ‘aphorisms nor judicial tyranny.”

There are many cases of Judicial Adventurism in our country which include the bolting of unaccredited commercial operations in Delhi. [[i]] The Judgment given by the Supreme Court in which the state legislative assembly was deliquesced by the presidential proclamation is subject to the judicial proclamation. [[ii]] Intervention in the educational policies of the government such as the TMA Pai Foundation case. [[iii]]

In this pandemic, an order was given by Supreme Court to the private laboratories not to charge the COVID-19 test that has sparked a parley whether it is a case of Judicial Overreach. [[iv]] Under the Essential Commodity Act, powers are given to the government to regulate the prices of testing done by private labs.

During this Pandemic, there are increments within the cases of PIL filed by the people within the Supreme Court and various high courts under their jurisdiction. Recently in many instances, Suo Moto Cognizance is taken by the Indian Judiciary. A number of which are as follows:

·         During COVID-19, Suo Moto cognizance was taken by the Supreme Court after hearing a letter-petition written by Member of Parliament Smt. Mahua Moitra about migrant workers and their conditions.[[v]]

·         Suo Moto was taken by the Apex court for the protection of children’s homes across the country. [[vi]]

·          The Apex Court has taken Suo Moto Cognizance of overcrowding of the prisons across the country. [[vii]]

The High Courts of the Country has also taken Suo Moto Cognizance in a number ofinstances for providing justice to the general public at large.

·          Recently, Suo Moto Cognizance is taken by the Gujarat tribunal on the worsening of COVID-19 situations like shortage of beds, oxygen cylinders, medical facilities.

·         The supreme court of Andhra Pradesh has taken Suo Moto Cognizance on the Vizag Gas Leak incident. National Green Tribunal, New Delhi, and National Human Rights Commission, Indian capital have also taken separate Suo Moto cognizance of this painful incident and have formed committees to enquire into the matter and file their report.[[viii]]

There is a limited distinction between activism and overreach. Sometimes, in the operation of Judicial Activism, we see a lot of intervention of Judiciary and give justice on the basis of their personal belief. The primary function of the Judiciary is to interpret the laws but rather than interpreting them, they start doing the work of legislature i.e. making the laws, issuing guidelines and direction. There arises a conflict between the legislature and judiciary because of Judicial Overreach due to which the legislature becomes inactive or less competent. Judicial Overreach kills the separation of powers on which the democracy is based.

The difference between Judicial Activism and Judicial Adventurism is important for the smooth functioning of a constitutional democracy with the separation of powers as its main attribute and supremacy of the constitution. The judiciary in many instances faces censure for under-reacting and this needs to be stabilized so that the people can get justice without any difficulty and also can increase their faith in three pillars.