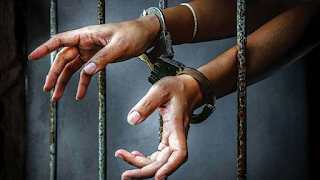 The legal system of India is based on an extremely important concept “innocent until proven guilty”. This concept simply states that until and unless an accused is proven guilty for committing an offence and is only under an ongoing trial, the accused cannot be termed as a criminal.

Rights of an Arrested Person guaranteed under The Constitution of India, 1949 and The Code of Criminal Procedure, 1973

Section 50(1) of the Code of Criminal Procedure, 1973 (Crpc) deals with the right to know the grounds of arrest.

Under Section 75 of the Code of Criminal Procedure, 1973 (Crpc), if an arrest is made after the issue of a warrant then also it is a mandate for the officer arresting to inform the accused of his grounds of arrest.

It is the duty of the police officers to ask questions to the arrested accused. However, it is at the discretion of the accused whether to answer or not answer such questions. The arrested accused has a right to remain silent and not answer the questions asked by the police authorities. The silence of the accused cannot be used against him either by the prosecution or by the police official. As per the right against self-incrimination mentioned under Article 20(3) of the Constitution of India, 1949, it cannot be stated that the accused is silent because he is guilty.

Under Section 56 and Section 76 of the Code of Criminal Procedure, 1973 (Crpc), if an arrest is made either with a warrant or without a warrant, it is the duty of the police officer to produce the arrested person in front of the judicial officer without any unnecessary delay.

According to Section 57 and Section 70 of the Code of Criminal Procedure, 1973 (Crpc), no police officer has the authority to detain an arrested individual for more than 24hours without judicial scrutiny. It is the right of an arrested accused to be produced before the Magistrate within 24 hours of arrest.

Article 22(1) of the Constitution of India, 1949 provides the arrested accused a right to hire a legal practitioner of choice.

Article 21 of the Constitution of India, 1949 guarantees the right to a fair and speedy trial. This provision was created to prevent the secret release of a Conviction Order of any accused. Here, a speedy trial refers to an offence whose maximum punishment is 2 years. In such offences, police have a duty to complete the investigation within 6 months of the offence.

Hence, the phrase “Innocent until proven guilty”, makes it very evident that in India the burden of proof to prove any allegation lies upon the prosecution. Until and unless, an accused is proved guilty, he or she cannot be considered a criminal. An accused person is an entity who has been alleged to have committed an offense. Our Indian Constitution and CrPC provide certain rights to an arrested person that cannot be taken away.

This article discusses the most important rights provided to the arrested persons and the duties of a police officer that has to be kept in mind while making an arrest.

The article is written by Sneha Mahawar, a  law student at Ramaiah Institute of Legal Studies. This article discusses the rights of an individual when he is arrested, the procedure of making an arrest, and the duties of a police officer in an arrest.

1 thought on “Rights of an Arrested Person”