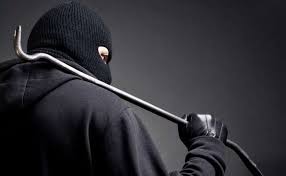 The words robbery, theft, and extortion are generally misunderstood by one another. They’re used interchangeably in daily usage. However, going into the legality reveals that these words are distinct and reward different punishment. A closer look reveals the difference among the terms. Each of those terms is separated from the opposite on the idea of pivotal or minor differences. The demarcation is often seen in accordance with the Indian Penal Code, 1860. Firstly there’s a requirement to know theft and extortion as defined within the code.

Robbery is defined in Section 390 of the Indian Penal Code, 1860. Robbery is either extortion or theft and is considered as the aggravated form of both. The essence of robbery is the presence of imminent fear or violence. This section deals with both the cases i.e. when theft is robbery and when extortion is robbery.

When theft is robbery?

Conditions when theft is robbery-

i. When someone voluntarily causes or attempts to cause to a person,

a. Death or hurt or wrongful restraint, or

b. Fear of instant death or instant hurt or instant wrongful restraint.

ii. The above acts must be finished any of the subsequent ends:-

a. to the committing of theft, or

b. In committing theft, or

c. In carrying away, or attempting to hold away property obtained by theft

In Venu alias Venugopal v. State of Karnataka[1], appellants allegedly intercepted the victim and robbed gold and cash by threatening with a knife. It was held that evidence of the victim, her husband, and recovery of vehicle used established commission of offense of robbery by appellants. Offense was omitted at night on the public road, not a highway, therefore, the conviction of appellants is proper.

It was also observed that violence must be in the course of theft and not subsequently. It is not necessary that violence should be committed actually but even an attempt to commit is enough. The words “for that end” utilized in Section 390 mean that hurt caused must be with the thing of facilitating committing or must be caused while the offender is committing theft or is attempting to hold away property obtained by theft.

The mere use of violence doesn’t convert the offense of theft into robbery unless the violence is committed for one among the ends laid out in para 2 of this section. Thus where the accused abandoned the property obtained by theft and threw stones at his pursuers to discourage them from continuing pursuits, he was guilty of theft and not of robbery.

In a case, D was relieved of his wristwatch by A during a compartment when the train was close to stopping at a station. As D raised an alarm B gave him a slap and both A and B jumped out of the compartment and ran away. Soon after both of them were found taking tea at a stall situated near the railroad station. Both A and B are going to be guilty under section 392 r/w section 34 IPC because B in furtherance of common intention to commit robbery and to save lots of A from being caught caused hurt to D and has thus helped in carrying away the transferred property.

Voluntarily causes.-The use of the words ‘voluntarily causes’ during this section is critical because merely causing incidental injury doesn’t convert the offense into robbery. The injury must be voluntarily caused. As an example, where the accused in snatching a nose-ring of a lady wounded her within the nostril and caused her blood to flow, He was held guilty of robbery.[2]

Person.-The word “person” is defined in section 11 of the Code means both natural and juridical person. Normally body of an individual’s being might not be a person except for the needs of this section the word person doesn’t exclude the body of a person’s being who was killed within the course of the same transaction during which theft was committed.[3]

When extortion is robbery?

Extortion is robbery if the next conditions are fulfilled:-

ii. such an individual by so putting another in fear induces the person so put in fear then and there to deliver up the thing extorted; and

iii. The offender, at the time of committing extortion, is within the presence of the person put in fear.

In Sikandar v. Delhi Administration[5], the accused persons struck several knife blows on the lady and compelled her to spare her earrings and therefore the bunch of keys which she had tied within the string of her salwar. They were held guilty of offense of robbery under Section 390/34 of IPC.

The opening words of Section 390, IPC, indicate that there is be no robbery if there is no theft or extortion. Theft or extortion or attempting to commit any of those two is an inevitable part of the robbery. Theft is robbery, if, to facilitate theft or plan to seize transferred property, the perpetrator voluntarily causes or attempts to cause death, injury or misconduct or fear of immediate death, immediate injury or misconduct.

Similarly, the removal of the property which is movable being carried is another requirement for constructing a case of theft. If this is often not the case, then there’s no theft and as a result, there’ll be no robbery. Therefore, to work out whether a specific act is going to be a robbery or not, one must first confirm that the case has the required ingredients for theft or extortion because robbery is nothing but an aggravated sort of theft and robbery.

Section 390, IPC, defines robbery. To rob during a common language means to rob an individual of his possessions. The most distinguishing feature of robbery, theft, and extortion is that the imminent fear of violence. In every robbery, there’s theft or robbery.

This blog is authored by Aditi Vishnoi, a student of The ICFAI University, Dehradun.