Changes are part of nature. In order to accept it, the question of whether the change is harmful or not arises. If that change is harming the environment and the mankind in return; of course, there is a need to come up with the course of action which prevents such changes. There are various activities and causes which results in rise in seabed. Rise in seabed is such a change which has high level of harmful repercussions on the environment and mankind. Thus, various measures and course of action has to be undertaken to prevent such rise and control the prevailing rate of rise seabed. The existing international environment law can also be considered to stop and decrease the rate of activities which cause the rise in seabed. 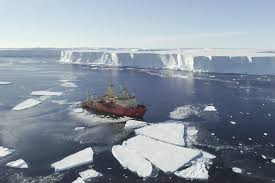 Rationale for rise in level of seabed

Reason for rise in sea level is mainly because of the increasing level of global warming. Global warming is caused due to rapid increase in rate of human activities such as burning of coal, deforestation: the amount of carbon-di-oxide absorbed from the environment will be reduced and carbon particles are found suspended in the atmosphere, burning wastes, harmful polluting gasses emitted from automobiles. The gasses emitted into the air increase the temperature of the surroundings. Such increase in temperature has two main harmful effects: one, the ocean warms itself and the other is the ice capes, glaciers, ice sheets starts melting. When ocean warms itself, it expands and occupies more space; this alone has contributed to half of the rise in sea level out of the total 8.9 inches between 1880 and 2015.

Repercussions for rise in level of seabed

Rise in the level of seabed has serious and harmful repercussions on the environment. These include:

Loss of flora and fauna:

When the sea level rises, the water intrudes, and the surrounding area gradually gets submerged inside the water. This gradually decreases the land space available for animals like polar bears and penguins to live and when sea level finally rises beyond a certain level which can engulf the whole land, the animals of that place naturally get submerged inside the water. This leads to extinction of many species of fauna as well as flora.

Rise in sea levels allows waves to penetrate further inwards towards the inland and increase the rate of inland erosion and degradation.

Many low-lying coastal areas gets permanently submerged under the water. This forces the people living in those areas to forcibly abandon their houses and migrate to other demographic areas.

Salt water can reach the ground water sources as there is increase in the level of seabed. This makes the freshwater (sourced from groundwater) used for drinking and agriculture saline.

This agreement encourages scientific collaboration and policy negotiation to target air pollution that spreads from its source into the atmosphere. Its main aim is to limit and gradually reduce and prevent air pollution caused by various human activities resulting in increasing rate of global warming and rise in sea level; especially long-range air pollution that crosses national borders.

The Montreal Protocol on substances that deplete the ozone layer calls for phasing out production and consumption of compounds that deplete ozone in the stratosphere – chlorofluorocarbons, halons, carbon tetrachloride and methyl chloroform. All these gasses are emitted into the atmosphere due to human activities results in increasing the rate of global warming and thus the sea level.

In this pact, most of the world’s governments commit to maintain the world’s ecological underpinnings while pursuing economic development. The convention sets three main goals: conservation of biological diversity, sustainable use of plant and animal species, and equitable sharing of benefits from the use of genetic resources. Though the human beings carry out activities which emit the greenhouse gases causing global warming and rise in sea level with the help of innovative technologies developed through economic development, this pact limits emission of such gases produced because of economic development; and thus protects the bio diversity.

This convention sets an overall framework for intergovernmental efforts to meet the challenge of climate change. It recognizes the climatic system as a shared resource whose stability can be affected by emission of carbon dioxide and other greenhouse gasses. Thus, it lays down regulations and limitations on carrying on activities which emit such gases and thus reduce the rate of global warming and rise in seabed.

Parties to Kyoto Protocol commit to reducing their emissions of six greenhouse gases or engage in emissions trading if they maintain or increase emissions of these gases, which are linked to global warming.
All these international environmental laws and conventions prevent, reduce, and limit the activities which causes rise in sea level and these also prevent the impact of rise in sea level on environment by laying down laws protecting the biodiversity.

Thus, mainly global warming has to be controlled to decrease the rise in seabed. In order to reduce the rate of global warming, human activities like burning coal and wastes has to be replaced by different methods like using electrical appliances and burying the wastes and recycling, reusing it; deforestation should be reduced by confining the residential areas and making forest intrusion laws stricter along with it the rate of afforestation should also be increased; using electrical run automobiles; regulating and making stricter laws regarding the amount of gases emitted from industries; all this helps in reducing the amount of greenhouse gases emitted into the atmosphere and thus prevent rise in sea level. This in turn prevents the impact of rise in sea level on the environment, surroundings, flora, and fauna.