Nemo judex in causa sua i.e., it is a common percept that no one should be a judge in his/her own case. Fairness and impartiality are the prime qualities to be possessed by a judge. Recusal means the removal of oneself as a judge from a particular case due to any conflict of interest or due to a strong possibility of bias. The right of the judge to remove themselves from a specific case is based on the principle of natural justice. Every judge has a duty to act fairly and impartially, as ingrained under Art 14 and Art 21 of our Indian Constitution. While taking the oath of office, all judges of High Court and Supreme Court promise to perform their duties and to deliver justice “without fear or favor, affection or ill-will”. If this basic principle of the judiciary is in the fear of being compromised, then the judges usually recuse themselves. 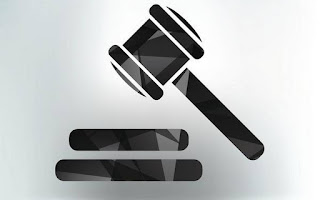 In Ranjit Thakur v. Union of India [1], Justice M N Venkatachalaiah held that ‘the proper approach for the Judge is not to look at his own mind but to look at the mind of the party before him.’

LAWS RELATING TO RECUSAL IN INDIA

There are no specific laws in respect of recusal in India. There are no written rules specifying when a situation can be considered as a violation of judicial ethics nor are there any laws about whether it is compulsory for judges to recuse in specific situations. Every judge has a right to hear and judge all the cases listed before them in a Constitutional Court. The decision of recusal is left to the discretion of the judge. Whenever a judge has any pecuniary or other benefits from the outcome of the case or if there is a possibility of bias or conflict of interest or any association with the parties of the case, they usually recuse themselves.
In the case of Supreme Court Advocates-on-Record Association v. Union of India [2], the 99th Constitutional amendment was challenged and a claim was made seeking Judge J.S.Khehara’s recusal. The plea was rejected, but Justice Chelameswar attempted to establish some kind of basis for recusals. He enunciated that where a Judge has a pecuniary interest, no further inquiry as to whether there was a real danger or reasonable suspicion of bias is required to be undertaken and in other cases, such an inquiry is required. The relevant test in such cases is the real danger test. This is the closest to a concrete rule regarding recusal in India.

WHEN CAN THE LITIGATING PARTY REQUEST A RECUSAL?

At times, the parties of the case may raise apprehensions about a possible conflict of interest or bias. For example, if the case relates to a Company where the Judge has a vested interest like holding of shares, then the apprehension about the possibility of bias is. This rule was held in the House of Lords in an 1852 judgement, which ruled that the Lord ought not to have delivered a verdict in a case where he owned shares in one of the parties to the litigation. The Restatement of Values of Judicial Life adopted by the Supreme Court categorically states that a Judge shall not hear and decide a matter in a company in which he holds shares is concerned unless he has disclosed his interest and no objection to his hearing and deciding the matter is raised.
Similarly, if the judge had appeared previously as a lawyer for one of the parties of the case, then the call for recusal by the other party is justifiable. However, the parties requesting a recusal is always under the risk of the dismissal of the request and they have to deal with the consequences of the same. In India, no judge can be forced to withdraw from a case by another party.

SHOULD THE REASON OF RECUSAL BE REVEALED?

The judges are under no compulsion to disclose the reasons for their recusal under normal circumstances. Since the prerogative to recuse himself/ herself vests in the particular judge, he/she is not expected to disclose the reason for recusal in the judicial order. Revealing the reason in detail may open up many requests from the parties of similar cases, thus delaying the delivery of justice. The reasons may also be used as an excuse by the parties to request recusal in cases where they think the judge will not rule in their favor. Some judges orally convey the reason to the lawyers involved in the case while some others disclose in the judicial order. The ultimate decision rests on the conscience of the judge.
However, if no reason is given, it becomes difficult to decide whether the recusal was justified or not. Justice Kurian Joseph (now retired), in his separate opinion in the National Judicial Appointments Commission (NJAC) case, highlighted the need for giving the reason for the decision of recusal as a measure to build transparency. In his view, “It is the constitutional duty, as reflected in one’s oath, to be transparent and accountable, and hence, a judge is required to indicate reasons for his recusal from a particular case”. One of his companion judges on the Constitution Bench, Justice (retired) Madan B. Lokur, also agreed that specific rules are required to be framed on recusal in our country.

RECUSAL LAWS IN THE UNITED STATES:

In the United States, Sec 144 and Sec 455 of Title 28 of the United States Code (U.S.C.) provides the standard for judicial disqualification or recusal. Sec 455 provides that a federal judge shall disqualify himself in any proceeding in which his impartiality might reasonably be questioned. Sec 144 provides that under circumstances, when a party to a case in a United States District Court files a timely and sufficient motion that the judge before whom the matter is pending has a personal bias or prejudice either against him or in favor of an adverse party, the case shall be transferred to another judge.

· In the Central Bureau of Investigation case, three judges including the then Chief Justice Ranjan Gogoi, recused themselves from hearing a petition challenging the Central Government’s decision to appoint M.Nageshwara Rao as interim director of Central Bureau of Investigation(CBI).
· In Ayodhya case, Justice U.U.Lalit recused himself after being pointed out that he had appeared for former Uttar Pradesh Chief Minister Kalyan Singh in a similar contest.
· In the appeal hearing of Mr. Navlakha’s plea to protect his fundamental right to personal liberty and the quashing of FIR against him in the Bhima Koregaon case, five Supreme Court judges opted to recuse themselves.
· The CJI S A Bobde recused himself from hearing a review petition filed by one of the convicts in the Nirbaya case as his nephew had appeared on the behalf of the mother of the victim in the case.

Judges recusing themselves due to some conflict of interest strengthens the view of our Justice system and confidence reposed in them by the Public.

CASES OF JUDGES REFUSING TO RECUSE:

· In the Sexual harassment case, when a Supreme Court employee accused the then CJI Ranjan Gogoi of sexual harassment, he decided to hear the case himself.
· The then CJI Ranjan Gogoi refused to recuse himself in the Assam Detention Center case wherein a PIL was filed highlighting the “sub-human” living conditions of detenues in the detention centers.
· In medical college scam case, CJI Mishra was requested to recuse himself as the CJI’s own conduct was under scanner. However, CJI Mishra rejected the plea.
· In Land acquisition case, Justice Arun Mishra refused to recuse himself even when he lead a Bench meant to re-examine a judgement that he himself had given earlier.
Judges refuse to recuse themselves in certain cases on the ground that it has enormous potential to damage the institution and that a CJI’s recusal would mean the destruction of the Judicial System. In some cases, judges refuse to recuse as it may seem that the Judge had been scared out of the case.

WHAT HAPPENS IF ALL THE JUDGES RECUSE THEMSELVES FROM A CASE?

Ever wondered what would happen should all the Judges recuse themselves from a matter? Even though it is highly unlikely and has never occurred in our Independent India, the Supreme Law of the Land provides provisions for such a situation. Under Art 128 of the Constitution, the CJI can appoint a retired judge of the Supreme Court or High Court to sit in and act as a judge, with the permission of the President. Unlike Art 127, Art 128 does not talk about the necessity of a quorum. Such an appointment is a need-based one.

Recusal emphasizes on the two key principles of impartiality and independence. Thus, a decision whether to recuse from a case or not has to be made by the Hon’ble Judge themselves as per conscience and there should not be any law relating to this, which will make the litigants take advantage of the situation to get rid of particular Judge, in case if the litigant feels he may not get a favorable order.

8 thoughts on “Recusal of Judges”