With the passing centuries, we have seen the rise and fall of various dynasties but the only thing which was common between them was their use of death penalty as a means of administering justice. Further, if we look at the time of the Mauryan Dynasty, the principal followed to penalize a person was an eye for an eye, a hand for a hand, etc. The later dynasties followed diverse types of punishments such as dragging the body by a horse, cutting of head or any body part, stamping by an elephant which was very vicious in nature. 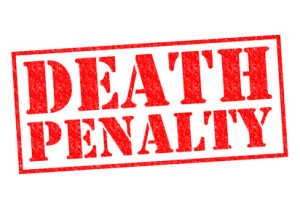 According to the world’s perspective, the criminal laws regarding death penalty were first codified by King Hammurabi of Babylon. There were other forms of death penalty which were rampant in the world such as guillotining in France, beheading in Middle East countries, putting to death by electrocution in Russia, etc. But in the present age with codified laws and awakened principles, on behalf of death penalty that whether it is still a best option of punishment. Despite many organizations which were protesting for the abolishment of a death sentence, is still being carried out in different countries. Consequently, India’s international rise on the suspension on death penalty both at the General Assembly and at the Human Rights Council has always been against the resolution saying, it goes against the statutory laws of the country where an implementation is carried out in the “rarest of rare” cases. [1]

Death penalty, which is also known as capital punishment, also paves a way to certain doubtful questions, where it enables to think that whether this capital punishment eliminates the criminals and crime from the society? Whether it could a conceivable thing, in this society? Having a deep apprehension on human nature, it is inconceivable. It can be only done when the criminals recuperate themselves, change their approach for a better prospect. There has been a global inclination towards the eradication of capital punishment; however, India has not adopted this point. This type of punishment is hence different from the others, because of the understandable element of irreversibility attached to it. A man who is once executed for an offense can never be brought back to his normal life. So if any mistake has crept in while deciding on an issue, this mistake cannot be rectified at a later phase. As it is being stated earlier, death penalty has its existence since the ancient times, where it got started back from the early 1750 B.C, moreover it has been enumerated and its existence is distinguished in all ancient scriptures such as code of Hammurabi, Bible and so on. Even great scholars, such as Plato, John Locke, etc. who spoke about the social contract theory, supported and privileged this type of punishment for serious offences. The idea of punishment took a dimensional change in the society, leading to the abolishment of this death penalty or capital punishment, where it became a controversial issue by of one of the great criminologist named Cessare Beccaria, who swayed on many citizens that death penalty should be abolished because it is brutal, useless and strictly speaking, a communal assassination. In the year 1846, Michigan became the first State to abolish the capital punishment, followed by Portugal and Venezuela in 1867. Abolition of the death penalty was also supported by the United Nations during the period of drafting of Universal Declaration of Human Rights in the year 1948.[2]

Capital punishment has gone through many dimensional changes which implicated many forms of punishment from immemorial period. Capital punishment in Indian picture started from Indian penal code, where The Indian Penal Code, 1860 (IPC) is an Open Law and substantive Criminal Law which defines crime and suggests punishments accordingly. Section 53 of the IPC provides for death sentence and imprisonment for life as alternative punishment. In the current situation, capital punishment is documented as a legal death penalty in India. Capital punishment has been acknowledged for serious offences. Indian judiciary declares it, by giving significance to its Constitution, where Article 21 of the Indian Constitution states about the “protection of life and personal liberty”. This article says “No person shall be deprived of his life or personal liberty except as according to procedure established by law”. It also confirms that right to life is promised to every citizen in India. In India, IPC provides death sentence as a retribution for various offences such as criminal conspiracy, murder, waging war against the government, dacoity with murder and so on.[3] The Indian Constitution has a certain provision for mercy of capital punishment, being stated by the President. Whenever, any question of death penalty or capital punishment arises, this article particularly comes into play, where it instigates the judiciary members to examine the case again, and make them to sense before conceding a death sentence or punishment.[4] Further, Article 14 of Indian Constitution declares “equality before law and equal protection of the laws”, which means that no person shall be discriminated against unless the discrimination is required to achieve equality. Capital sentence hence seems to be an anti-thesis of one’s right to life. It is an undividable fact that there is nothing in the Indian Constitution that specifically holds the capital punishment to be unconstitutional, though there are provisions which suggests that the constitutional system accepts the possibility of capital punishment. Punishment as given in various sections of the Indian Penal Code is unconstitutional because the provisions of the Indian Penal Code forwarding capital punishment, is violative of certain provisions of the Constitution of India. These two aspects of the matter may have been considered separately to have a clear revelation on the subject.

· Constitutionality of capital punishment as such.

· Constitutionality of the provisions of I.P.C. providing for capital punishment.

CONCEPT OF RAREST OF RARE

The concept of rarest of rare cases came into force in the case of Bachan Singh v State of Punjab, which was one of the most significant cases, which brings out the issue of the soundness of capital punishment. This was the case that gave birth to the doctrine of “rarest of the rare cases” and still it resulted in a discussion on the subject of the compatibility of the death sentence with Article 21 of the Indian Constitution. The Supreme Court while holding the legality of the death penalty expressed the estimation that a real and enduring concern for the decorum of human life postulates resistance for taking a life through law’s instrumentality. There was always a question in mind of court judges regarding an issue that at what conditions, death penalty can be given? It was also laid down that for ascertaining the continuation or lack of “special reasons” in a case, the Court must pay due regard to both the criminal and the crime equally.[5]

Every human being must have a note in their mind that no one has right to take away one’s life except it is prescribed by law. In the current scenario, contemporary issues in death penalty mainly mark because there is a breakdown in probing the nature of crime. Cruel punishment is necessary to keep the probable convicts at bay, and ensuring that the humanity is not damaged or the peace, tranquillity and order of the society is not compromised. The State cannot compromise the lives of thousands of naive persons only for the life of one convict who does not even deserve to live among a society of civilized persons. Thus, death penalty should continue to exist.