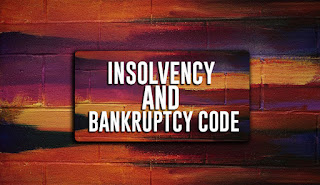 But after the enactment of IBC by the assent of the President on the 28thMay, 2016 a cumulative mechanism or a one stop solutionwas given in resolving the issues related to the re-organization and insolvency resolution of corporate persons, limited liability partnership firms and individuals and in maximization of value of assets of such persons in the country which was previously a very time consuming and a long processhas now turned into a time bound manner andthereby maintaining a balance in the interest for all small investors, including the Government.

What are Statutory Dues?

Statutory dues shall mean taxes including the income tax, sales tax, value added tax, charges, duties, levies etc. owed to Government whether it is Central or State or any other local authority. There has been an ongoing dispute from a long timeon the law point that, ‘Whether the Statutory dues can be claimed after the approval of the Resolution Plan or not?’ To resolve this dispute there are some relevantSupreme Court and High Court judgementswhich givesus a clear picture of the current position of law.

Section 31(1) of the Code before the (Amendment) Act, 2019talks about the binding effect of the Resolution Plan on the corporate debtors and its employees, members, guarantors, creditors, stakeholders and etc. involved in the Resolution Plan, satisfied by the Adjudicating Authority as per the requirements mentioned in this section after its approval by the Committee of the Creditors(CoC) under the sub-section (4) of Section 30 meets all the sufficient requirement as mentioned in sub-section (2) of Section 30.

Position after passing ofthe Amendment to Section 31(1) of the IBC, 2016

Soon after the 2019 Amendment[2]came into effect on 16th August 2019, it has drawn out a crystal-clearpicture related to the statutory dues. It has inserted, ‘Central Government, any State Government or any local authority as well’. The Hon’ble Finance Minister has clearly stated in his speech[3] in the Rajya Sabhawhen the bill for amending the Code came up for discussion that,Amendment is clearly binding on the Government.The Government fromnow on cannot raise their further statutory duesif they are not included in the approved Resolution Plan.ThisAmendment was brought by the legislature in order to provide the remedy to the above mischief. The sole objective of this Amendment was to protect the bidders from these taxmen. There are some relevant judgementswhich have laid down the fact that even if the State/Central Government Authorities are not included in the Section 31(1) of the Code still they are bound by this legislative intent and the statutory dues which are owed to them shall stand extinguished once the Resolution Plan has been granted approval. This should be the exact position of law.

The Hon’ble High Court of Rajasthan in Ultratech Nathdwara Cement Limited v. State of Uttar Pradesh and Ors.[4]has finally dealt with the issue of pendency of claims from statutory dues once the approval has been granted to the Resolution Plan. In this case, the Court rejected the claim of the GST department by clearly stating that, once the Resolution Plan has been approved by the Adjudicating Authority all the outstanding statutory dues and liabilities shall stand frozen. The Hon’ble High Court relied upon the amended Section 31 ofthe IBC, 2016.Soon after the Resolution Plan gets approval, it will be binding on all the stakeholders irrespective of the fact that whether they areGovernment authorities or private authorities. This significant judgmenthas helped to achieve the purpose of this Code where the sole aimof this Code is to revive the stressed industry.

The Hon’ble Supreme Court inGhanshyam Mishra and Sons Pvt Limited vs Edelweiss Asset Reconstruction Company Ltd.[5]mainly discussed 3 issues, the first issue is ‘Whether the creditors, including statutory authorities such as State Government, Central Government or and local authority are bound by the Resolution Plan once it is approved by the Adjudicating Authority under section 31(1) of the Code?

It can be easily understood by reading the section 31(1) of the Code which equivocally states that once the Resolution Plan has been granted approval by the Adjudicating Authority it will be binding on the Corporate Debtors and its employees, members, creditors including the statutory authorities as well.Furthermore, it was held by the Supreme Court that other claims or dues which are not mentioned in the Resolution Planshall stand frozen and other creditors will be barred from recovering any dues from the corporate debtors.

Second issue is, ‘Whether any creditor including Government authorities can initiate proceedings against the Corporate Debtor in respect of those claims which are not duly mentioned in the Resolution Plan before its approval?’

The Supreme Court held the dues which are not the part of an approval ResolutionPlan shall remain forfeited and no proceedings against these dues can be initiated.

The third issue is ‘Whether the Amendment made to Section 31(1) of the IBC, 2016 is clarificatory/delegatory?

The Supreme Court held that the Amendment made to the Section 31(1) of the Codewhich came into effect from the date 16 August 2019 hasfounded delegatory in nature.

The amendment and the judgements mentioned above have removed all the legal hurdles and ambiguities in Section 31(1) of the Insolvency and Bankruptcy Code, 2016 with respect to the statutory dues claimed after passing of the Resolution Plan.Thus, the claims which are not a part of the approved Resolution Plan will not survive and no proceedings in respect of these dues can be initiated.

AUTHORED BY: DIYA RASTOGI, A STUDENT AT FACULTY OF LAW, BANASTHALI UNIVERSITY

[1] The Insolvency and Bankruptcy Code, 2016, No. 31 of 2016, available at: https://www.mca.gov.in/Ministry/pdf/TheInsolvencyandBankruptcyofIndia.pdf.

2 thoughts on “POSITION OF STATUTORY DUES BEFORE AND AFTER THE AMENDMENT IN SECTION 31(1) OF THE INSOLVENCY AND BANKRUPTCY CODE, 2016”