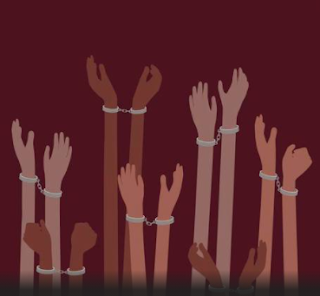 There exist some high hopes and concerns regarding the Trafficking in Persons (Prevention, Care & Rehabilitation) Bill (2021), which is likely to be brought in this monsoon parliamentary session. The Lok Sabha presented the first bill in 2018. However, it never got introducedin Raj Sabha.

Overall, the object of this bill is to “prevent counter-trafficking in persons, especially in women and children and to create a social and safe environment for them”.

What does the bill say?

It has brought a lot of changes, and the number of things that are there in the bill is:

1.      It has extended its application. The law will apply to every citizen, both inside and outside of the country, or anyone on the ship or aircraft licensed in India. It will also apply to foreign nationals or people who are the residence of India.

2.      The bill also asserts that the law will apply to every offence of Trafficking in person with cross border effects.

3.      The term ‘victim’ will now be including Transgender, besides children and women.The bill also provides a list that has guidelines for arresting the people. All those people whom all are holding the position of responsibility (like government officials).

4.      The bill describes Human Trafficking as a global offence and divides it into two parts: “Trafficking and Exacerbated types of Trafficking. The punishment for the former one is up to a maximum sentence of 10 years and a fine of Rs 1 lakhs, whereas; for the latter, it is capital punishment and a fine of up to Rs 30 lakhs.

5.      The bill also emphasises the formation of the ‘National Anti-Trafficking Committee’ along with the bodies at the state and district levels.Further, the bill asserts that investigation must be done within 90 days of the offender’s arrest.

The ITPA has been used against prostitution for a long time by incarcerating the female, limiting her movement, and taking away her discretion.  Further, the Act does not have any clause for reimbursement or any option of medical services for the sex workers.

In September 2020, the Bombay High Court assertedthat “prostitution is not an offence and the adult woman has the right to choose her vocation”.

There is no provision under any law in India that categorically mentions that prostitution and indulgence in prostitution is an offence.Moreover, every citizen has the right to choose the vocation of their choice as given under Part III, Fundamental Rights, of the Constitution.

Issues concerning the Bill of 2021:

The new bill brought some changes; however, those changes contain some concerns around them. The concerns are:

1.      Issue of Human Trafficking and sex labour:The bill still sees prostitution with a moral lens, thereby criminalising the profession. It has included prostitution and pornography under the umbrella of exploitation and sexual abuse. Thus, making the concept of consent irrelevant.

The bill still sticks to the old societal view of considering women not competent enough to give consent.

2.      The state of Ambiguousness and Overlapping laws:The new bill doesn’t shed light on the applicability of existing laws on forced labour and exploitation, leading to confusion and overlapping.Further, it does not provide any guidelines on the rescue process. It just mentions the term “Reason to Believe”, which is ambiguous in nature and gives all power to police.

3.      Extra Burden on NIA: Intending to combat cross-border Trafficking, the bill has given the powers to overburdened NIA to deal with such offences. Further, in cases of rescue activities, the bill is silent on the role of NIA as compared to police jurisdiction.

Conclusion and way ahead:

There is a requirement of sensitisation in cases of Human Trafficking. The ability to function effectively and efficiently in the criminal justice system is the 101 rule to curb Trafficking. Further, the increasing conviction rates require filling vacancies and allot designated units.

The strength of femalesin the police department of India is pitiful, and there is a need to appoint more female officers. Moreover, the police officials must be trained for the incidents of Human Trafficking.

Lastly, the bill must acknowledge the condition of the marginalised, including the sex workers of the country.