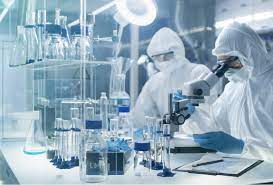 The pharmaceutical industry is generally comprised of three categories of players: corporations that make bulk medications, firms that produce pure formulas, and integrated firms (which produce both bulk drugs and market formulations). Bulk medicines are therapeutically relevant active pharmaceutical components that are further processed to generate formulations, which are then taken by patients. These formulations are ultimately prepared from bulk medications. Medicine is said to be “formulated” when it is in the form of a product, which may then be used by the patient. Companies that deal in formulations may be categorized as either innovative or not innovating according to their approach to product development. Research-based pharmaceutical businesses that are actively involved in the development of new drugs are referred to as innovative firms, while corporations that do not participate in such activities are referred to as non-innovating or generic enterprises.

The pharmaceutical industry is organized in a two-tier structure on an international scale. The biggest companies spend the greatest proportion of their revenue on research and development (R&D) and have the greatest number of patents. There are just a few multinational firms that have the lion’s share of the industry, with the top twenty-five of these companies accounting for 64.5 percent of the global market in the year 2003. A significant percentage of smaller firms manufacture off-patent or generic pharmaceuticals, or they obtain licensing from the original patent holder. It could be oversimplifying things to say that a new medication is simply information good, but one way to look at it is that way.

Since its mechanism of action has been deduced, the medicine may be manufactured without the associated expenses of research and development. Therefore, pharmaceutical companies, in contrast to innovators in other industries, are unable to monetize their research and development efforts only via the use of a first mover advantage.

The process of developing new drugs is one that is both expensive and fraught with danger. In order for the company to get its product past the regulatory checkpoints and into the market, it has to identify a chemical that can cure the ailment in question and prove that it is both safe and effective. To encourage and support ongoing innovation, it is appropriate to bestow onto creators the rights to their intellectual property.

A “pay for delay” agreement is a kind of patent dispute resolution arrangement in which a generic manufacturer acknowledges the patent of the original pharmaceutical business and agrees to halt distributing its generic product for a defined period of time. The creator compensates the generic corporation with a monetary reward. When a patentee promises to pay a prospective or accused patent infringement in return for the potential or alleged patent infringer for not vying against the patentee for a period of time, this is how a pay-for-delay occurs. These agreements are often known as “reverse payments” since the payments are made in the “wrong” direction, from the patentee to infringement (that is, plaintiff to defendant), rather than the customary infringer to the patentee. A branded pharmaceutical producer reimburses a generic pharmaceutical manufacturer to settle or prevent litigation that might infringe the originator’s patent(s) in exchange for the generic’s agreement not to compete with the originator’s drug for a certain length of time.. A method that gives birth to anti-competitive impacts in the pharmaceutical business or the process more generally known as the “Pay-for-Delay agreement

The working of pay for delay

A pay-for-delay transaction (sometimes known as a “reverse payment”) is a payment made by a branded medicine firm to a generic drug producer in order to delay the drug’s release to the market. A pharmaceutical company with a medication patent enters the market under the terms of a standard pay-to-delay deal. A pharmaceutical firm with a medication patent engages into a pay-to-delay deal with a generic rival where either payment is received or a permitted licensed entry is given at a later date (or both) but before the patent expires.”. Before going to trial, intellectual property issues, particularly those involving patent law, are often handled out of court in the majority of cases. Originator businesses in the pharmaceutical sector utilize a variety of strategies to avoid competition from generic versions of their products. Some of these strategies have popular names, such as reverse payment settlement, pay for delay, or patent clusters. The competitors will then cease providing other participants in the market with important competitive objectives and will restrict their pricing appropriately. This results in anti-competitive acts that arise from the resolution of intellectual property disputes outside of the court’s purview.

Pay for delay in Indian market

Pay-for-delay contracts are raising rising concerns in a number of industries, including the pharmaceutical sector. Because India is known as the “pharmacy of the poor,” pay-for-delay arrangements should be thoroughly probed by both competition regulators and other agencies. Market competition is stifled by reverse payments and pay-for-delay arrangements. In order to reach an amicable resolution in patent infringement proceedings, Indian courts often urge parties to participate in mediation. The CCI must keep a careful watch on such settlements and evaluate them to determine if they culminate in anti-competitive agreements. The quantity of reverse payment received might be a useful indicator of anticompetitive activity. The higher the reward on a reversal, the better.

The more invalid or weak patents there are, the more likely they are to be on the market. Pay-for-delay arrangements between competing pharmaceutical firms that delay the launch of a generic medication might be deemed anticompetitive in India and should be investigated under the Competition Act, 2002. If such an agreement is reached within the term of the patent, the patentee may be entitled to a limited right of defence under Section 3(5) of the Act, as long as the restriction is necessary to protect the patentee’s intellectual property rights. The purpose of an intellectual property right is to provide the inventor the exclusive right to exploit an original innovation, which might include payment for keeping that right exclusive. This line of defence, however, would have to be weighed against the impact of a horizontal agreement on consumers and the relevant market.

If a dominant firm (for example, a pharmaceutical company/originator) enters into a pay-for-delay agreement to prevent effective competition in the market, it can be investigated as an anti-competitive agreement under Section 3 of the Competition Act, 2002, or as an abuse of dominance under Section 4 of the Act.

·       In order to recoup the expensed and actual expenditure in the product development process, the original manufacturer is granted a market monopoly for a limited time. After this period of time, the market should be available to other players in order to create fair play and competition; however, the original manufacturer uses and helps to establish its monopoly by implementing pay for delay.

·       On the other hand, the negative and harmful effects of this practice lead to a significant loss for the purchaser because it prevents them from purchasing a similar product of the drug that is frequently more efficient and effective. Additionally, the alleged war between both parties harms the competitive nature by establishing a dominant position for the original manufacturer.

AndroGel is a topical gel medicine developed and patented by Solvay Pharmaceuticals in the year 2000. Watson Pharmaceuticals and Paddock Laboratories, two generic medicine producers, quickly started manufacturing generic copies of the gel once the FDA authorized the prescription. Watson and Paddock were sued by Solvay for infringing on a patent, but the manufacturers argued that the patent was never genuine. In the course of the infringement dispute, Solvay became more concerned that it might lose its monopoly on AndroGel. Solvay made a reverse payment deal with the two firms to avoid this. Solvay agreed to pay the manufacturers a hefty sum to end the lawsuit and keep the monopoly. In return for a cut of the income, the deal let Solvay keep its monopoly in place even though the patent may not have been genuine.

The Pharmaceutical Companies were promptly sued by the Federal Trade Commission (“FTC”) when they entered into the arrangement. The FTC argued that the settlement unjustly safeguarded an illegitimate patent monopoly since Solvay was very unlikely to win the patent infringement complaint. The producers of AndroGel broke antitrust rules by restricting competition in the market. The manufacturers said that the FTC had not stated a viable claim since the agreement only safeguarded Solvay’s pre-existing patent rights. The federal court for Georgia’s northern district agreed with the manufacturers and threw out the lawsuit. The Federal Trade Commission took their case to the United States Court of Appeals for the Eleventh Circuit, but they were unsuccessful there as well. It was clarified by the appeal court that the reverse payment settlement reached by the manufacturers is permissible so long as it limits competition in the same manner as patent protection does.

This blog is authored by Akansha Arora, a student of Amity University, Noida