Patriarchy- the word itself says what it’s about. The patriarchal system of this society which grants all the authority and decision making power in the hands of male members only, was never a correct decision for the betterment of the society. It has created the misbalance between the genders and it is the greatest reason for gender discrimination. It’s not like only the one who is feminist opposes patriarchy. It’s not about only women, it’s about creating a system which enables and increase misbalance in not only between the genders but among the nature also. 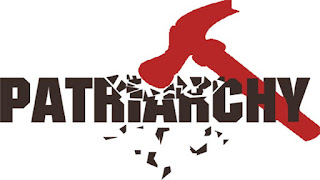 We all know about the landmark judgement by the honourable Supreme Court of India regarding the right of daughters in parents property. But this judgement will take a long time to flourish among those citizens of India who contributes to the maximum population of this country i.e the middle class people. This system of patriarchy is entrenched in the roots of our society so badly that it is vey difficult to take it out. We can see that there is so much dominance in the nature of the people and that is inbuilt in them. This dominance is ugliest result of patriarchy because it is a human nature that the one who is in power dominates the other and here, the male members were born with authority and importance. This system has made the girls and the women a burden, they are treated like a burden on a family, on the society. This is the reason why still we are facing problems like female foeticides, lack of girl education, maternal mortality rate and so many.
Patriarchy not only creates a imbalance between genders but also encourages dominance. This is very commonly used phrase that women don’t have their own house, they either have their parental home or in-laws home but they don’t have their own house, I want to ask why is it so? Because of this patriarchy. We have seen that whenever there is a distribution of property, it is only distributed among the male children and it is said the that the daughter will get her share in her in laws property but there also the property gets distributed within the sons of that family and it is said that whatever is given to her husband belongs to her but why? Why she can’t even have a small piece of land by her name. What she got for only herself? And why this type of distribution is there in our society, the answer is again because of this patriarchy.

People say that time has changed a lot, now women are getting their rights, they are competing with men in each and every field but even we can see that though they are given rights but they are not allowed to use it, yes it’s true that women are getting empowered but they are supposed take permission from their husband, in- laws for working, for continuing education. It seems like previously they were not allowed to work and now only those who get allowance can work but the question is same that why they need allowance or permission, why can’t they just do what they want without taking any permission from anyone.

Patriarchy is not only a taboo for the social but it’s a curse and its roots are so deep that only a judgement for daughter’s property is not enough to remove it from the society. The mentality of the people living in this society is needed to be changed. We need to update our thinking.
Image Source